Apple's Plan For Its Cash Stash

A chunk of Tim Cook’s $100 billion war chest is going toward outfitting factories in Asia that will be beholden to one customer: Apple 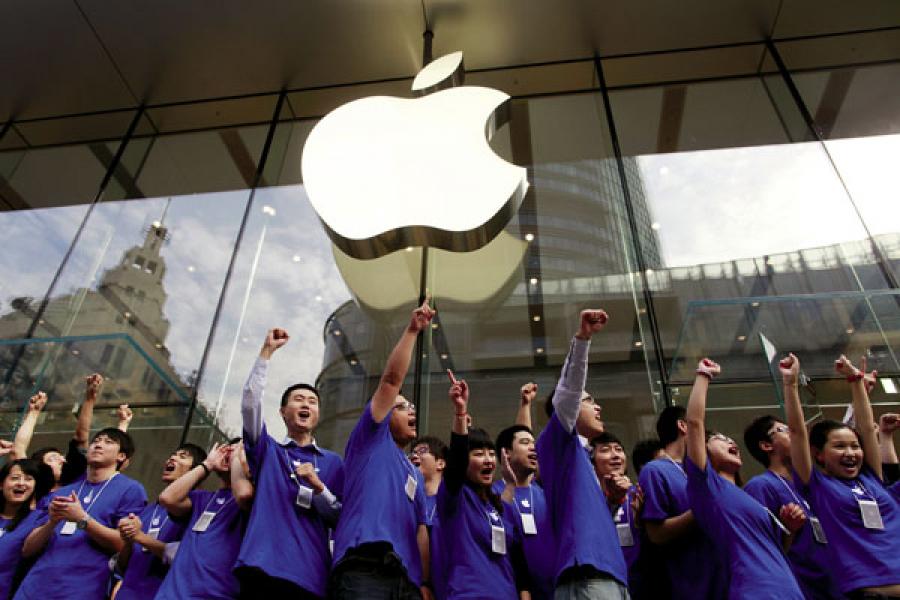 Apple has $100 billion of cash and a lot of ways to spend it. Add more retail stores? Check. Set up more server farms to support its iCloud service? Check. Build a second campus in Cupertino, California, to house its burgeoning staff? Check. Acquire companies and expand R&D? Check. Pay dividends and do stock repurchases? Check, check.

How about buying up its own supply chain? A lot of high-tech manufacturers on The Global 2000 dream about controlling what they pay for components and gaining the assurance that crucial parts will flow as needed. Apple is one of very few firms with the financial wherewithal to make that come true, specifically by buying production equipment to outfit new and existing factories in Asia that other people will run. Apple is already deploying its cash toward this very goal, say people who follow the company closely. It’s a strategy that will likely continue the disruption in the consumer electronics field that Apple has led to date.

The iPhone maker has $64 billion or so of its cash sitting overseas, taxed at an attractively low 5 percent rate but also earning little to no interest. Any cash Apple chooses to bring back to the States would get hit at the 35 percent US tax rate, not a pleasant prospect. Spending that money on expanding offshore production is far more compelling. Apple keeps the depreciation expense while keeping production costs down. It also means the company will be ready to continue pumping up the volume to feed the seemingly insatiable appetite for iPhones and iPads in the near term and rumoured new category-busting products like an interactive TV in the long term. 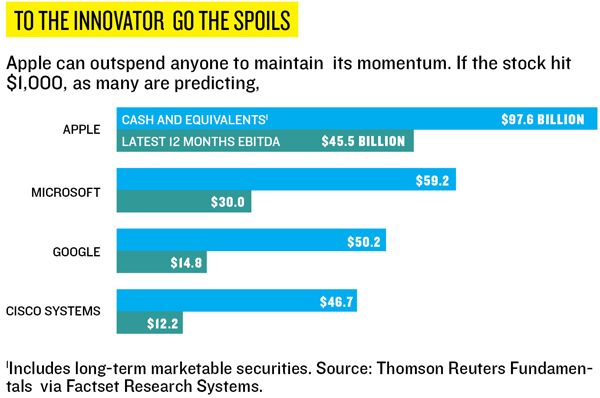 According to Katy Huberty, an ana- lyst at Morgan Stanley, that’s exactly what CEO Tim Cook, an operations expert who has been the master of Apple’s supply chain since Steve Jobs hired him in 1998, is doing. And she calls the move “frankly ingenious.” Says Huberty: “Apple is cornering the market in [its] supply chain … giving them an edge beyond volume and scale. If Apple owns its equipment, it means its suppliers can’t build an HP PC or HTC smartphone on it.”

It took Huberty a little time to figure out exactly what Apple was up to. When the company disclosed in October it planned to spend $7.1 billion on capital expenditures in 2012, up from $4.3 billion last year, lots of folks were scratching their heads over how Apple would use the money, which didn’t include $900 million set aside for opening new stores.

Even after you factor in costs for data centres to support its cloud service, the new 175-acre campus going up on land formerly owned by Hewlett-Packard and the special tool- ing needed to accommodate Apple’s unique product designs, there’s still a lot of unaccounted-for cap ex.

Discussions with suppliers in Asia gave Huberty the answer. “Put yourself in the shoes of suppliers for Nokia, Motorola, HP and Dell, with businesses that are very volatile. They have to build out capacity for these companies, and when the products don’t sell well, their margins go down,” she says. “If a customer comes to you and says, ‘I will take the equipment risk, and I will own it so you don’t have to depreciate it. I take the volatility out of your  business,’ there’s no way most of them are going to say no.” 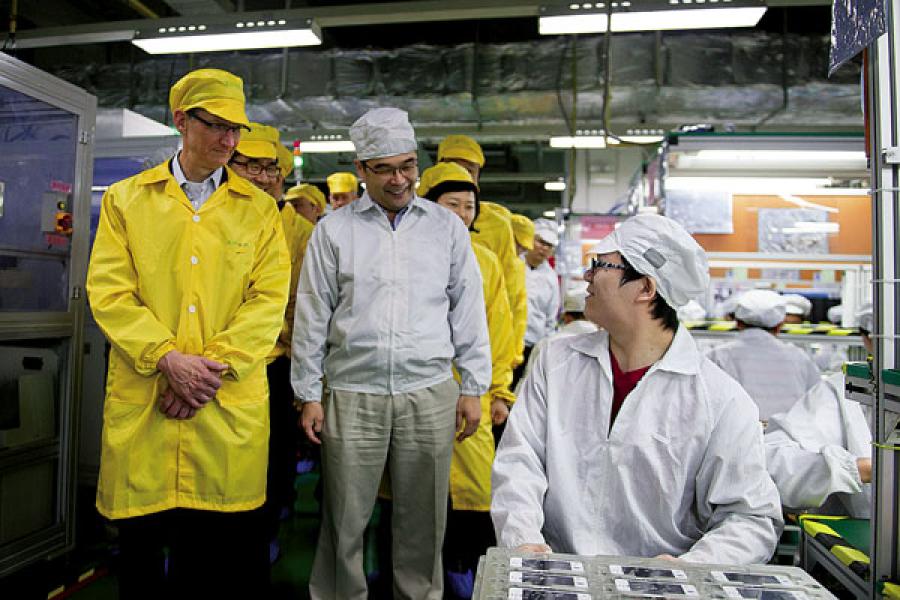 Image: Getty Images
EAST MEETS WEST Apple CEO Tim Cook (left) visiting one of the Chinese factories that makes iPhones
When asked about the supply chain plan, Apple referred back to its public statements about its cap-ex spending. In a March 19 conference call about how the company was going to use some of its $100 billion in cash, Cook was sure to include “capital expenditures in our supply chain” among the list of his other spending items.

The plan would likely look like this: Apple fronts the money to buy the production equipment for suppliers that set up the factories, hire the labour and run the day-to-day operations. Apple still owns some of the equipment and takes the depreciation, the extent of which is not known because Apple isn’t saying. Huberty believes that most of the $7.1 billion is going toward equipment purchases for the suppliers.

Apple’s investment in its own supply chain, coupled with growing scale and the prepayments it routinely makes to lock up supply of crucial components such as memory and screens, will translate into a 15 percent to 20 percent cost decline a year, Huberty estimates. That helps establish and maintain higher margins for the iPhone and iPad.

It also gives Cook the flexibility to consider moving into low-margin, high-volume markets such as TVs and to cut pricing on older products to lure cost-conscious buyers, as Apple did when it chopped the price of the iPad 2 by $100 when it released the new iPad.

Those 40 percent-plus gross margins on phones and tablets are part of what puts Huberty among the cadre of analysts and investors who think Apple’s shares will top the magic mark of $1,000 in the next two to three years (up from about $609 today). That would make the Silicon Valley garage startup the first company with a trillion-dollar market valuation.

Stephen Coleman of Daedalus Capital has been buying Apple shares since 2004 and thinks the company can get to a trillion even faster. Coleman thinks they’ll surpass $1,000 later this year. He’s convinced the company will continue to run circles around smartphone rivals Google, Samsung, Microsoft and HTC with a new version of the iPhone this summer and that Apple will persuade more buyers to shun PCs from the likes of Hewlett-Packard, Dell and Acer in favour of iPad tablets.

Coleman is waiting for Apple’s financial results to be announced on April 24 to see if his timetable is realistic. Sales in the quarter, lifted by new iPhone sales from China Telecom and orders for the third-generation iPad, which debuted March 16, are expected to rise 47 percent to $36 billion. Profit is expected to jump from last year’s $6.40 a share to $9.86.

To naysayers who insist that Apple’s run won’t last or that Cook and his team can’t keep up momentum in the mobile-device market or that Apple boosters are just plain crazy, Coleman is having the last laugh. “I live in the real world,” he says. “When I see people rioting in China to get their hands on an iPhone,  and when I hear Tim Cook say on earnings calls quarter after quarter that they can’t make enough to meet demand, there’s no reason to expect the sales will drop.”