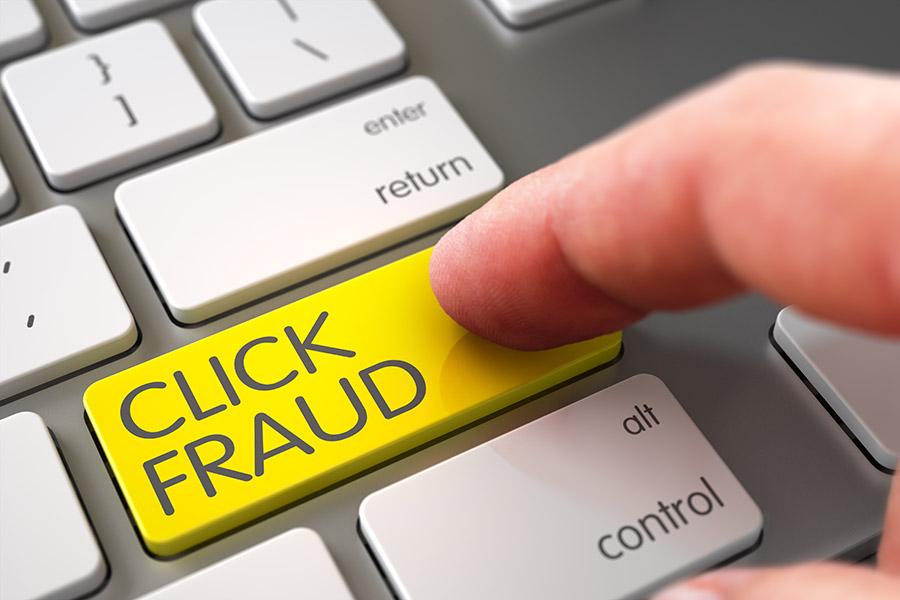 An influx of emerging technologies such as analytics, automation and artificial intelligence (including chatbots) has altered advertisers’ strategy. Digital mediums have surpassed traditional ones, forming a significant chunk of advertising budgets. As per an EY report, 'Reimaging India’s M&E sector', advertisers in India have shifted spends to digital, that contributes to 17 percent to the total advertising budget in 2017. This is expected to grow to 22 percent by 2020. While these numbers present opportunities for the advertisers, they attract fraudsters as well.

Are bots your viewers?Advertisers’ investments toward digital ad buying, search marketing and social media are expected to generate high returns. However, one of the key challenges in deriving a high “click through rate” is ensuring that the clicks are genuine and not bots. The incidence of “click fraud” has become alarming in the digital advertising industry and media reports suggest that advertisers have lost close to $16.4 billion to fraudulent traffic and clicks in 2017.

“Click fraud” leads to an inflated number of ad views to generate higher revenue through the “cost per click” or “cost per impressions” model. This could be perpetrated by advertising networks, publishers and even competitors. While advertising networks and publishers may have vested financial interests as their revenues are linked to the number of clicks, competitors may resort to spamming to exhaust the advertiser’s budget. In some cases, there has been a marked difference between the clicks garnered and the actual conversion percentage, leading to unsuccessful media campaigns. This rendered the allocated budget futile.

Measuring advertising effectivenessThe digital ecosystem is highly dynamic, with the amount of content consumed through online or mobile channels constantly on the rise. Models to measure the efficacy of the advertiser’s digital strategy are also evolving to suit consumer, business and campaign needs. The standard “cost to click” or “cost to impressions” models may not work for mature, high investment and targeted campaigns, especially when advertisers are growing wary of rising incidences of fraud.

Advertisers with low digital spends, fluid KPI and focused on “brand awareness” campaigns can get lured by the number of likes, clicks and impressions. For instance, a luxury car maker launched a mega digital campaign for its latest model. The response received through search marketing, social media and influencer campaign was very positive. But close evaluation after the campaign ended showed the traffic comprising primarily as “bots”. These were channeled through developing countries in the Indian subcontinent and South East Asia, with a majority arising from little known click farms in Bangladesh. Ultimately, the campaign had little result to show at the end as the sales remained fairly flat.

Decoding the modus operandiThere are various methods to conduct click fraud: - Click fraud can be carried out using “botnets” that are a large network of computers with malware, carrying out instructions without the user’s knowledge. The malicious bot can instruct the compromised computers to visit certain sites and click on ads, generating many seemingly unrelated clicks from different IP addresses.
- A publisher might include emotional message next to their sponsored links such as “support orphaned children by clicking these ads”. This may result in a high click ratio but with no actual interest in the ads’ content and users unaware that their actions has led to click fraud.
- Some websites automatically redirect users to ads, and then immediately take them back to the original page. In such a case, the user doesn’t actually see the ad, or even notice anything other than a slightly longer time for the page to load, not knowing that this gets counted as an ad click.
- Publishers may recruit low cost labour and pay them for clicking on ads throughout the day. Employing individuals could be give the perception of a legitimate case as they could be instructed to make their actions seem more natural. For instance, after following a link to an advertiser’s site, they can subscribe to the company’s newsletter in order to make their interest appear valid.

Cleaning up the digital ad ecosystemClick fraud have an adverse impact on the digital ad industry as advertisers are unaware if the spent will yield returns or if it reached the intended target audience. Hence, they are constantly looking for mechanisms to mitigate the impact of click fraud. These include:
- Procuring activity reports of publishers either directly or through the ad networks
- Periodic audits of vendors and other third parties to ascertain red flags
- Including clauses to provide regular activity reports when entering into agreements with ad networks
- Using data analytics to track patterns or triggers for uneven spikes in the number of clicks or impressions
- Using effective models such as “cost per lead” to ascertain the legitimacy of the click
While fighting click fraud seems to be an endless battle, the above steps help advertisers extract maximum value from their campaigns, reduce wastage and detect fraud patterns. A digital landscape with informed advertisers and a mature ad spend model will prove to be a difficult door for fraudsters to set their foot in.

10,809
Thank you for your comment, we value your opinion and the time you took to write to us!

Tweets by @forbesindia
Prev
Will design thinking be the future fifth estate?
Next
Amazon's earnings release highlights successes in India, a small but strategic market