Diwali Gifts: Where to draw the line

Corporate gifting on Diwali has become a norm; but when does it go from being an innocent gift to a bribe? 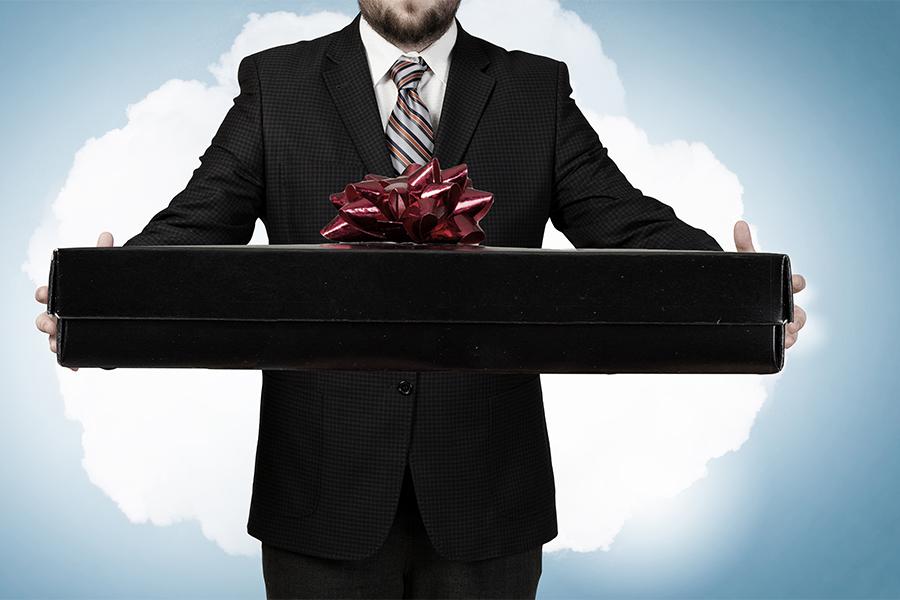 Exchanging gifts during festivals and celebratory occasions has become a norm in many cultures over time. With the festival of lights just around the corner, ornate boxes of sweets and dry fruits can often be seen delivered across the board. Traditionally, Diwali gifts as a token of goodwill and revelry are accepted by many but what can one do if these gestures become ostentatious with impeccably packed objects such as electronics, mobile phones, jewellery, gift cards and even liquor bottles? When and how should you draw the line and say no?

The custom of giving gifts and entertainment can build and foster business relationships, however, there is a thin line between gifting and bribery. The predicament associated with Diwali gifts is one such area, when unethical practices can be garbed amidst the ‘festive cheer’. Over the last few years, corporate gifting has come under the scanner with boxes getting bigger – actually, figuratively and discreetly. In fact, there are a rising number of cases around the use of company credit cards or e-commerce sites delivering orders directly at the recipient’s address to conceal the trail of gifting. Third party vendors can be used as ‘fronts’ for dubious gifting on behalf of the parent organisation; and gifts can even turn out to be paid holidays or high value tickets of sporting events.

Industry sentiments suggest that gift giving is construed ‘necessary’ in many scenarios. As per EY’s Asia-Pacific Fraud Survey 2017, ‘Economic uncertainty or unethical conduct: How should over-burdened compliance functions respond?’ 35 percent of respondents in India stated that it is justified to offer personal gifts or services to win and retain business. In a volatile and competitive business environment, gift giving therefore becomes a means to an end with little heed paid to the consequences.

So is your gift in reality just a gift? In India, regulations under the Prevention of Corruption Act, 1988 and All India Services (Conduct) Rules provide guidance on gifts given to government officials. The Prevention of Corruption Act, 1988, the primary anti-bribery and anti-corruption legislation prohibits giving gifts or gratifications to a public servant in return for a favour. The All India Services (Conduct) Rules requires government officials to report gifts exceeding the prescribed monetary limit (Rs 5,000). Section 12 of the Act states that the act of giving a bribe is a criminal offense of abetment, leading to imprisonment not less than three years. For now, the private sector is not covered under the law.

It's no surprise then that festivals such as Diwali can be a fairly busy time for compliance professionals. Corporate gifting has emerged as a strategic tool to influence key decision makers, forming an integral part of the yearly budgets. Therefore, increased attention on gifts exchanged if they exceed the amount outlined in the company policy may potentially take the colour of a bribe. Let’s take a look at some common mistakes organisations make that could trigger non-compliance:

> Differential treatment while giving gifts
> Nature and value of gift is decided basis hierarchy or levels and importance to the organisation
> Misclassification of gifting expenses
> Gifts that do not complement the industry (for instance, a confectionery company gifting mobile phones)
> Non-maintenance of adequate supporting documents

EY’s APAC Fraud Survey stated that 39 percent of the respondents believed that their organisation’s gift and entertainment policy is vague and that they do not understand it. Thus, companies need to provide clarity and give adequate details when defining gifting policies to avoid ambiguity. The survey also highlights that 50 percent said that their organisation should specify the exact monetary amount for gift giving and entertainment. This shows considerable gaps are still present in the ethics framework of many companies.

Don’t tick off your Diwali checklist just yet
Some key areas that organisations need to consider when evaluating gifts during Diwali season include:

> Establishing a strong tone at the top
> Senior management and boards need to advocate a zero tolerance policy toward any bribery or corrupt practices
> Email reminders should be sent to employees to follow the gifting policy, especially before the festive season to deter employees resorting to unethical practices
> Charting out clear policies and ethical procedures
> Clearly define corporate policy on gifting and communicate it to all employees
> Setting up value thresholds for gifting and verifying if the gifts given commensurate with the receiver’s hierarchy within an organisation
> Adequate record keeping
> All gifts given or received should be recorded and maintained in the books of account in the form of a register or a common ledger, which improves transparency
> Establish channels to enable declaration of any demands for gifts from officials
> Gifts need to be selected considering industry type and acceptable standards

11,729
Thank you for your comment, we value your opinion and the time you took to write to us!