How can we accept criticism better?

Becoming more secure and anchored from within, also known as self-validation, could help overcome the negativity criticism brings along with it 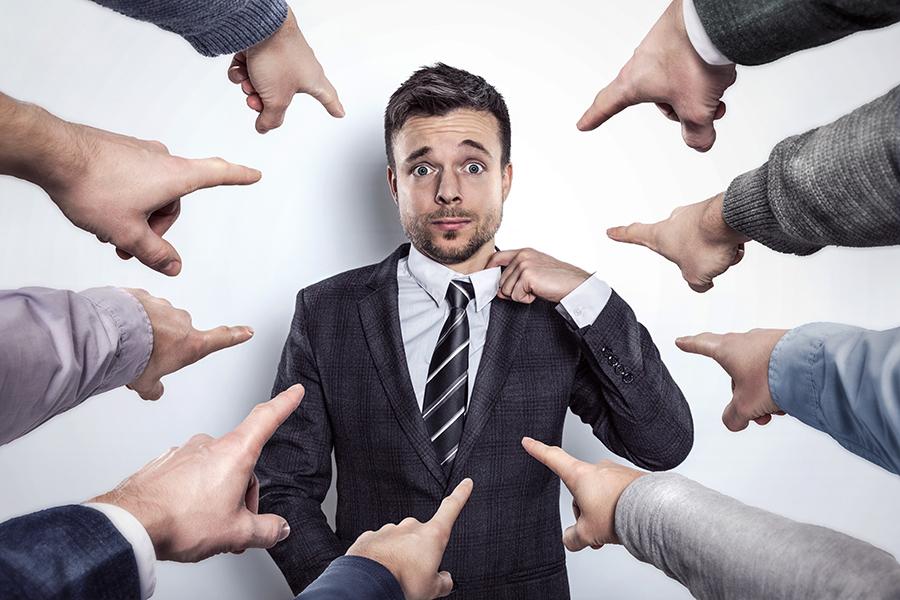 "The trouble with most of us is that we would rather be ruined by praise than saved by criticism." - Norman Peale

As part of my responsibilities as a leadership coach, I often review feedback reports with senior and mid-level leaders working for global multinationals. We go over the report to help them see their development areas and how various stakeholders perceive them in their organisation.

An area that gets highlighted for many is, "Does not accept criticism".

It is difficult for most of us to take criticism graciously. Why is that?

Perhaps that's because being criticised feels painful and uncomfortable. It can destabilise us at times or even be devastating at its worst. This ability to take criticism in one's stride spares no one and is almost universally elusive. Yet, the ability to be able to do it can elevate one's leadership to great heights.

During a problem, people's first reaction is to typically try to shift the blame outside of them to the environment, other people or the situation. This feeling is so unwanted and uncomfortable that we want to be as disassociated with it as much as possible.

As human beings, we often harbour judgments about ourselves deep down, which exist as self-doubt about our worth, competence, or appearance. Usually, this part of us is seeking validation from the outside world to shut the inner critic. Feeling good about ourselves is a fundamental need. Hence, when people criticise, any doubts we may be harbouring about ourselves get triggered and you'll tend to become defensive.

Whatever we lack deep down (sometimes conscious and at other times, unconscious), we already often try to compensate through our behavior. While blindspots are real, the feelings of discomfort are more significant indicators of our internal misalignment. By digging deeper to get leaders to see their blind spots, they become aware of how they actually feel.

The type of people I encounter are high achieving, brilliant, and hard-working individuals. They have typically dedicated most of their life, first in education and then in their jobs, towards a successful career by often compromising their health, family time, or hobbies. It is quite natural for such folks to get defensive on hearing anything negative.

The only way to overcome this defensiveness is to work on becoming more self-validating. What does this mean? It implies that the feelings of security and worth are anchored from the inside, and how others see us or what they think of us no longer holds the power to unhinge us into feeling negative. Sure, one can use the latter to know oneself better, which is precisely the purpose of the feedback reports. But most of my clients are only interested in who may be the person saying unsavory things and why. Instead, the information must be leveraged as a mirror in two ways. One, to determine what one may need to work on internally so that they are less vulnerable to criticism from others in the future. And two, what they might want to change externally in their environment or their behavior towards others.

The feeling of being criticised feels like being assaulted. What happens to us physically and biochemically when we are verbally attacked is similar to how our bodies react when mauled or assaulted but it is important that we pay attention to this feeling to get a deeper understanding of ourselves.

The author is founder and CEO of Talent Power Partners, a leadership development company based in Bengaluru

6,004
Thank you for your comment, we value your opinion and the time you took to write to us!