Make no mistake, this is a mandate to fix the economy

Most observers reckon the historic mandate given to the Narendra Modi-led NDA is aimed at a stable government which brings in reform and growth. But don’t expect miracles right away 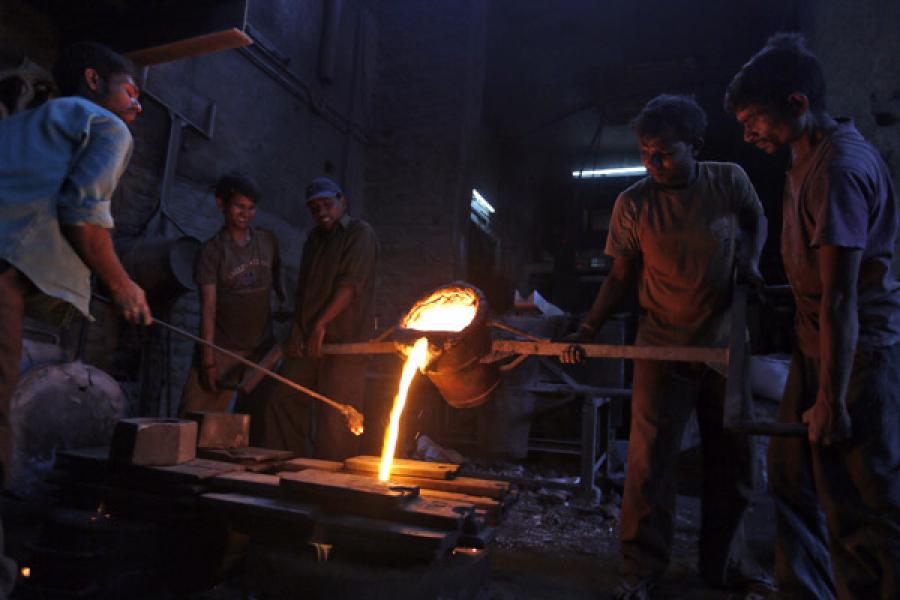 General Elections 2014, one of the most watched and discussed in recent memory, is now over and has resulted in a historic mandate for the Narendra Modi-led National Democratic Alliance (NDA). Such was the landslide in Modi’s favour that the Bharatiya Janata Party (BJP), the leading party in the coalition, itself managed to get a comfortable majority on its own. While exit polls had predicted a Modi win, the extent of the mandate in NDA’s favour has also become a topic of discussion.

Most analysts and observers agree that while there was a yearning for change from the electorate at large, Mandate 2014 is as much about the economy as anything else. The underlying theme of the results of this election is that the electorate want the economy to get a move on and the India story, not long ago a hotly discussed topic among global investors, resumed. In a sense, BJP president Rajnath Singh indicated as much in his p0st-results presser on 16 May when he said it was time to ‘rewrite the India story.’

Long battling with slowing growth, mounting inflation, a lack of investment activity and supply-side bottlenecks, the investor community and Corporate India have been keenly waiting for the results of the elections to figure out the road ahead. The biggest names in Corporate India – from Kumar Mangalam Birla to Adi Godrej to Baba Kalyani and Ajay Piramal – have openly expressed the need to get back to the reform agenda urgently if India was to get back to the growth path. In fact, some like Kalyani, Piramal and Godrej have been pretty vocal about what went wrong over the past years and why the Indian economy finds itself in a bit of a mess.

To that extent, Narendra Modi’s victory, coming as it does after the NDA election plank of development and better governance, is evidence that the markets and the corporate sector want the bottlenecks on the economic front to be fixed. And fast.

“The focus of the new government should be to get our derailed economy back on track,” says Adi Godrej in an article in the latest issue of Forbes India, hardly mincing his words. “As it is, India has always ranked low on the ease of doing business. However, in the last two to three years we have gone down very badly on this front,” he adds, pointing to the high rates of Mininum Alternate Tax (MAT) which prevent investments and, of course, the much discussed retrospective legislation on taxes seen in the Vodafone case.

Pointing to the inordinate delays in securing clearances for projects in India, industrialist Baba Kalyani, for instance, says: “I hope the new government can bring accountability to the system. If they want to reject a proposal, they should be able to state that in a month.” Kalyani contrasts the delays in India with the German situation where he does not have to go anywhere for approvals.

While fixing the economy, currently languishing at growth rates of less than 5 percent and sticky inflation, is the big expectation from the Modi government, experts also caution against expecting miracles right away.

In a report immediately after the results were announced, Leif Eskesen, HSBC’s chief economist for India and ASEAN, says the decisive and clear mandate in favour of BJP-led alliance would help in quick government formation and give political muscle to the new government to push the structural reform agenda forward. “However, even with a strong mandate it will take time and the economic recovery will, therefore, likely prove protracted.”

The expectation, however, is that given Modi’s likely emphasis on infrastructure, investment projects could be rolled out at a somewhat faster pace, which will help gradually de-bottleneck the economy.

For the near-term, however, there could be sideways GDP growth movement, given the fact that the problems will take time to solve. For example, Eskesen points out that for reforms like the crucial Goods and Services Tax (GST) to be implemented, the new government would need the buy-in of the state governments and that would mean some political negotiations. Then there is the Direct Tax Code (DTC), another pending reform. The investment cycle too is likely to really see a resumption only towards the second half of the current fiscal.

Striking a sobering note amid the euphoria, Eskesen adds: “While administrative improvements will help eventually speed things up, India's pervasive bureaucracy will still act as a speed bump. It will still take time to get all the necessary approvals and acquire land, although potential changes to the land acquisition bill by the new government could help on the margin. In addition, many investment projects are stuck at the state level, which the new government at the centre may not be able to do much about.”

Eskesen reiterates his earlier GDP forecast of 5.3 percent for FY15, but says it could go up to 7 percent by FY17 if the government quickly puts in place reforms and plugs infrastructure gaps.

While the markets too realize that Narendra Modi won’t be able to magically increase growth rates right away, are bullish on the economic road ahead. Motilal Oswal, chairman and managing director of Motilal Oswal Financial Services, says Modi has “his jobs cut out.”

“First would be settling down with a credible Ministry and Cabinet. Second would be to present a budget that stays on fiscal consolidation path and yet creates room for business confidence to revive and growth to be nudged upwards. Third would be to take up the pending reforms including tax reforms (GST/DTC), energy pricing, SEB losses and setting the ground rules for mining, land, labour and environment,” says Oswal.

“He can then move on to take up more medium to long term development agenda already in the radar including modernization and expansion of the transport network, industrial regions and manufacturing revival, urbanization and most critically agriculture.”

Not surprisingly, the markets yo-yoed all day on May 16 as sentiment ranged from unbridled euphoria to a realistic assessment of the tough tasks before the new government. Starting off at 24271, the 30-share S&P BSE Sensex shot up to a shade above 25,375 before settling down at a more realistic 24,121.74 at day’s end.

As the new government settles in and takes stock of the tasks at hand, it will gradually become clear that while the decisive mandate is good news for the markets, the critical aspect is how the Modi government addresses the challenges of the economy in the days ahead. The global investors and the business community will be watching with bated breath.

5,249
Thank you for your comment, we value your opinion and the time you took to write to us!