I realised the paradox of genomics: it’s intimate and abstract at the same time. For computational biologists in the room my DNA sequences amounted to a mere case; for me, genomics was never more personal

That’s the paradox of genomics: it’s intimate and abstract at the same time. For geneticists and computational biologists my DNA sequences amounted to a mere case; for me, genomics was never more personal.

Before Agarwal could begin, chief technology officer Ramesh Hariharan set the tone and put me at ease. “There’s nothing dramatic [in the DNA],” he assured. Apart from a host of good and bad mutations, I was “the proud owner” of four novel genetic mutations. Unlike many tests being offered in the market today, Strand does not provide disease predisposition reports, except in rare cases where the science is more definitive. In other words, they’d not tell me what my risks for common chronic disorders such as type II diabetes, CVD, arthritis, etc were. It’s hard to predict with a high degree of accuracy anyway because these are multigenic diseases where the science is not well understood.

I was fine with it. In any case I am not interested in knowing how I’d look or behave based on my genetic makeup.

(To digress a bit, there’s difference in technology between what Strand uses and what most other genetic testing companies today use. While the former uses exome sequencing (as I explained in the first part), others use array based genotyping, which is a process to determine the genetic variants of an individual. Array- or chip-based genotyping requires prior knowledge of the variants or mutations one wants to analyze. Therefore most wellness or preventive tests choose a list of diseases or traits against which they analyse an individual’s predisposition. The service providers, say 23andMe in the US, Xcode and MapMyGenome in India use genotyping. Sequencing on the other hand, apart from being more time and money consuming, gives the exact nucleotide order. Genotyping looks at point mutations and picks up things which are commonly found; sequencing looks for mutations known in the population as well as for those unique to the individual.)

Pretty much everyone is a carrier for some genetic disorder or the other. The data shows one in 1000 is affected. “Healthy individuals can carry many disadvantageous variants without showing any ill-effects and that’s because you only have one bad copy of the gene. Some are late onset diseases which can get triggered by environment or other factors and are categorized as risk factors,” Agarwal added.

But it was a slew of eye-related mutations that spooked me. I’ve had myopia since childhood and I got Lasik done eight years ago. But of late the eyesight has been weak. Three years ago the doctors diagnosed it as ‘computer vision syndrome” and recommended restricted screen time. But that’s a misnomer, we all know.

I learnt I carry carrier mutations for night blindness and retinitis pigmentosa. That means there are chances of my ‘offspring’ getting the disease. I also have a certain mutation linked to the protein expressed in the photoreceptor cells in the retina which is associated with occult macular dystrophy (OMD). My mind was racing to connect the dots as Agarwal explained how OMD was associated with “decreased visual acuity without any visible abnormalities that can be detected by a routine eye exam”. As I strained to see the slides (I really had problems seeing the slides), I told myself ‘it has to be OMD and not some exotic computer vision syndrome’ that was ruining my eye.

Agarwal’s presentation clearly said OMD is “autosomal dominant with partial penetrance’. That is, not all individuals harboring the mutation will be affected. But I chose to see a retina expert.

A flurry of scans followed over the next few days. The final diagnosis: I don’t have OMD but it remains a risk factor for me and I pass it on to the offspring as well. Since the onset age for OMD can vary from 10 to 80 years, what are my chances of getting the disease later on?

A chemical engineer by training, Agarwal is now involved in the biological analysis and interpretation of most clinical cases at Strand. She says the literature shows some of the patients had the disease at 65 years. It’s very hard to predict the probability of developing the disease if I don’t have it now but the possibility of it striking me later can’t be ruled out.

Since I was the first ‘formal’ healthy subject, Strand did not ask me to fill any medical or family history record. So I was curious how and what did they look for. Agarwal says she mostly focused her analysis on a list of about 6500 genes that are known to be associated with some human disease. Within these genes she focused on mutations that cause a severe change in the protein and these include both known and novel mutations. The eye mutations mostly emerged from this analysis, she says, as she did not have any indication to guide her to focus on one system or the other.

In short, apart from seven carrier mutations and my risk for OMD, I am at a slightly higher risk for fungal nail infections (which haven’t manifested until now). Mercifully, I don’t have the dreaded breast cancer (BRCA1 and BRCA2) and some age-related macular degeneration (AMD) mutations.

So what did I get here?  A list of good and bad genes! And a fresh pair of glasses for the newly detected cylindrical defect. Even the entire genome sequences -- Whole Genome Sequences as they are called and are proving useful in understanding diseases and inventing new treatments -- won’t predict, for most of us, our medical future.

In wellness/preventive tests I’d have gotten a list of disease predispositions. But their predictive power is limited. And that’s because people are applying population study data to individuals. (Last year a major study showed this limitation.) Most diseases involve interplay of behaviour, environment and random events which are hard to predict. For instance, in type II diabetes, the mutation that makes the greatest contribution can put you at 20 percent higher risk. So, if diabetes risk is 1 in 5 in India, this mutation could put you at risk of 1.2 in 5, says Hariharan. 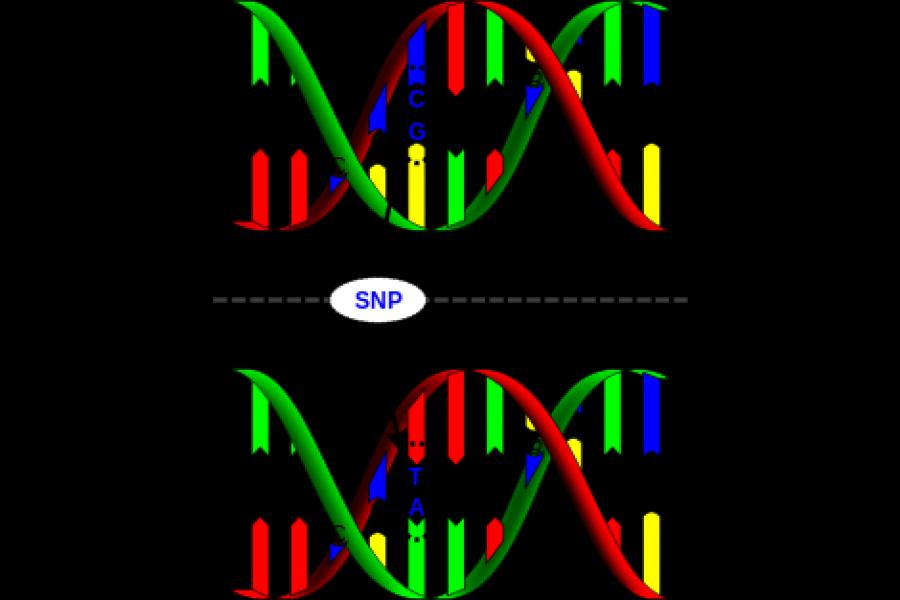 Knowing that may not change one’s life significantly but one could use it modify one’s lifestyle to delay the onset of such diseases. Companies like Xcode, which combine personal genomics with nutri-genomics and use a pre-selected set of markers that focus on lifestyle diseases and metabolism to also provide a comprehensive diet-plan, claim they maintain a feedback loop with their customers for improved outcomes. It uses a comprehensive panel to screen against diseases. For instance, says chief executive and founder Saleem Mohammed, “We use close to 80 SNPs to report the risk of diabetes. I don't think anyone in the world is doing that.” (SNP, pronounced as snip, is Single Nucleotide Polymorphism, the most common form of genetic variation in humans and occurs when one letter of the DNA changes. There are about 10 million SNPs in the human genome.)

Looking at all this, it’s easy to say how more and more people are using genetics to pry open the black box of how disease works. Genes will not exactly be the fortune tellers but they’re certainly forcing us to move the ethics and regulations of genomic medicine from theory to practice, from the abstract to the physical.

9,689
Thank you for your comment, we value your opinion and the time you took to write to us!

Tweets by @forbesindia
Prev
Life in the Time of Genetic Decoding - Part 1
Next
SMAC-ing shopping experience!