Future of work: Do we need to go back to office at all?

Our mental constructs around work and office are so powerful, that it's hard to imagine one without the other. Or is it really? Dr Shalini Lal seeks to answer the most pertinent question of our times, in part one of a two-part series on work before and after Covid-19

Dr. Shalini Lal is the Founder and CEO of Unqbe, an education and advisory firm around the "Future of Work". She works with several leadership teams to build the Leadership Styles, Cultures, and Organizational Structures that support Innovation and Agility. She is also the host of the "Future of Work Show" on LinkedIn, where she hosts conversations with leading global academics, practitioners and thinkers around different future trends. She also is a published author (The Secret Life of Organizations, Hachetter India), and often writes for leading magazines and papers. Her past roles have included Director HR (Deustche Bank); CHRO (Escorts Agri); Chief, OD and Change (Airtel). She is a UCLA PhD, Wharton Fellow, IIM-A MBA, and Stephens Eco Grad; and enjoys bringing together insights from academia with the wisdom of practitioners. 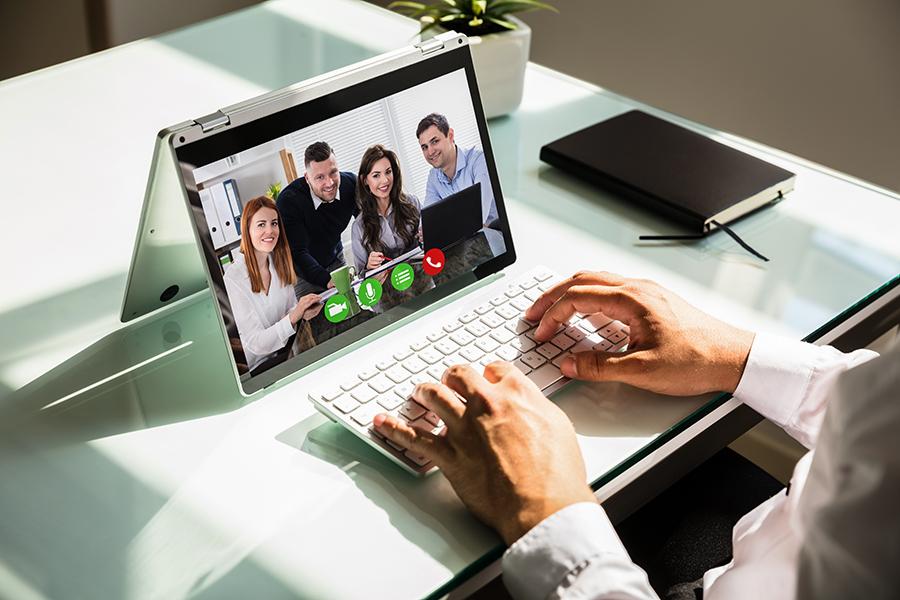 “When are we returning to the office?” “How many days a week can we work from home?”
“Can we keep working out of another city for just a while longer?”
“Will we be safe? Is the pandemic really over?

As we inch closer to it being a year since lockdown was first announced, conversations and questions, similar to those above, can be heard over Zoom calls and across townhalls.

At our own little organisation, Unqbe, we did a dipstick survey about a month ago and found that the vast majority of organisations are in fact considering some form of hybrid working, a mix of some days of remote work and some days of in-office work. And, rather understandably, the response to this call has been very mixed.

For instance, there are those who feel a sense of relief. Take the case of a young person who lives in a tiny studio apartment intentionally rented close to work so that she can enjoy the facilities, lunch, and the social network of other young colleagues. She longs for the old routine of hanging out with work friends. Then, there is the young mother who longs for some time away from the kids and the family. She was happy to be home right at the start, but the sameness of home and chores is just too much. Then, there is the senior manager with just a few years to retirement who simply misses sitting in his lovely office and worries about whether the culture he had so painstakingly built is gradually unraveling.

Take the case of the middle manager as an example. She lives an hour away from the office and hates to drive. There was a bit of a learning curve for her right at the start of the lockdown. But she soon figured out how to lead remotely, and ever since her team’s productivity has been soaring. And then there is the young IT professional who along with his family moved to Goa six months ago and rented an apartment. Walking by the beach each morning has helped him gain clarity, something he had never experienced before, and it allows him to develop solutions that the noise of the city never allowed. Plus, he loves the Goa life and sees no point in coming back to any city for work.

I think we should acknowledge that we are at a time in history that is unlike any we have been in before. One where for the first time, there has been a choice in both place and the time of work.

The office, as we know it, really came into being about a hundred years ago during the second industrial revolution when mass manufacturing began and factory work required workers to work together in time and physical space. At the end of each ‘shift’, one set of factory workers would simply be replaced by the next and depending on the organisation, there were two or three shifts of about eight hours each day to “sweat the factory assets”.

Even as people began being hired in other functions such as sales, distribution or human resources, the most convenient way to coordinate and work together was if everyone came to work at the same time, and worked from the same location.

After all, decisions and discussions travelled on internal memos that needed to be typed, signed and placed in physical files. Files themselves needed to move from one desk to the next. And so the modern office began. Often non-factory workers (or staff as they were known) worked a different shift—what popularly became the general shift—or from 9 am to 5 pm.

This changed the way we thought of office work forever.

Over time, even non-manufacturing organisations adopted this 9-to-5 model. We all went to work together, and we came back from work together. Our roads and trains were packed at rush hour, and entertainment and night-life thrived after work.

And then came the third industrial revolution with the invention of information technology in the 90s. Over the next decade, or so, emails and word files replaced the internal memo and paper files. As cell phones became ubiquitous, one could speak to someone even when they were not at their desk.

Yet so powerful were our mental constructs around work and office, that it was hard to imagine one without the other. So revolutionary was the idea of work becoming untethered from the office that it was first on the cover of BusinessWeek (US Edition) in 2007 and then of Time Magazine (US Edition) in 2008 as a possible model for the "Future of Work”.

Yet, barring a few technology organisations who supported hybrid working right from the start, the majority could not even begin to visualise how this was possible.

It was a a tiny virus that began to teach us all a big lesson. Work had already been uncoupled from the office; we had just not realised it.

Much to the surprise (or perhaps shock) of many, work did not come to a standstill as it went remote. In fact, in many teams and organisations productivity soared. (A finding incidentally supported by a study at Stanford in 2013, examining the impact of remote work on productivity among call center workers.)

Did this become possible because people weren’t spending as much time on the road? Or was this because offices can actually be very distracting environments? Or was it because people now had the choice of working when they were at their productive best? We still don’t completely know.

Yes, the pull of the familiar—the 9-to-5—with everyone in the office together is a powerful one and one that is understandably hard to resist. Yet what a loss it will be if all that we have discovered is lost to familiarity. For the very first time in modern history, we have before us the promise of both flexibility and personalisation. It is now on us to do ‘hybrid’ right.

This is part one of a two-part series on work before and after Covid-19.

Dr Shalini Lal is the co-founder of Unqbe and works at the intersection of ‘people and organisations’ and ‘the future of work’. She has a PhD in organisational science from UCLA and has been a senior HR leader.

2,315
Thank you for your comment, we value your opinion and the time you took to write to us!

Tweets by @forbesindia
Prev
Secret of a brand's growth or downfall: Organisational culture
Next
Influence without authority: How to be powerful irrespective of your role, position