He who shared this year's Nobel prize in economics with Peter Diamond and Christopher Pissarides, tells us why people with similar jobs get paid differently 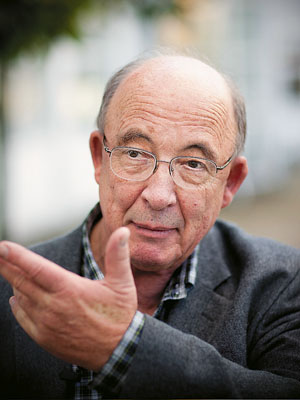 What is search friction — the key area of your research?
Search friction — in the labour market context — refers to imperfect information about finding out where jobs are and where workers are for the appropriate job. [The traditional economic model of demand and supply does not hold water. Unemployment and job vacancies exist simultaneously because it takes time and money for companies and job seekers — from hedge fund managers to factory workers — to find the perfect match.]

Do emerging economies like India experience greater search friction?
There’s reason to believe it is so simply in terms of issues of communication, which are important. This is changing rapidly in India in some labour markets. [Industries that are more transparent and job-seekers who are fluent in job search technologies experience less friction.]

Is search friction the reason why people are paid differently for doing the same job?
All of the implications of studying environments like that is, there is room for different pay for similar people. The more efficient employers have an incentive to pay relatively better. Since it takes time for workers to get those better jobs, you will observe people earning different wages with similar qualifications.

Companies say it’s tough and time-consuming to find the right talent. Would Internet-based job search technologies help solve this problem to some extent?
We’re still studying that. In theory, yes it should reduce friction. There is a prima facie evidence that’s [based on] the fact that there is a growing use of that medium, which suggests that both employers and workers find it in their interest to use it. So I would say that the fact that it’s a growing component in the matching process does suggest that it’s a better way [to reduce friction]. But it’s going to take a while to find the numbers that will establish that fact.

Unlike in the West, India does not provide social safety nets like unemployment benefits. How can public policy address inefficiency in labour markets?
There were no unemployment benefits in the United States either until the 1930s. Having social nets seems to be an eventual outcome of development. In the meantime, it would appear that the way to make labour markets and everything else in India more efficient is to improve the infrastructure — communication, transportation and the institutions
of exchange.

How does the labour market adjust to creative destruction — the death of old types of jobs that are no longer efficient for an economy?
The initial impact is to layoff workers. [For example, in the US, call centre jobs are outsourced to India and American workers are laid off]. That’s however the first stage of the process. [The next stage is to] hopefully reallocate the workers to an activity, which obviously is more efficient and profitable than the activity at which they were working. [That’s a Herculean task. So it’s tempting for politicians in the US to implement job protectionist measures, such as ban the outsourcing of work that is funded by taxpayer money].

In India a shift has occurred from agriculture to call centre jobs. Is it something like that?
Absolutely. In the United States there
was a long period of moving from agriculture to other activities that required moving people. We can see it happening very clearly in China as well at the moment. And that’s socially disruptive.
Even though there may be economic gains there are social costs and governments should try to cushion some of those costs.

Tweets by @forbesindia
Breathe Clean
When Reporters Become the News