Much Smoke over Gas

Pradip Baijal has quit from the petroleum regulatory board's pipeline panel considering his role as a director in consulting firm Noesis. Now, the Anil Ambani group has accused him of playing favourites in the tussle between Ambani brothers over the sale of gas from the Krishna-Godavari Basin. Baijal talks to Cuckoo Paul on the controversy and more 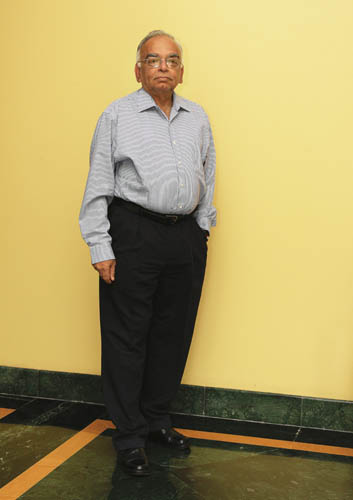 Education: IAS from the MP cadre, BE (Mech), IIT, Roorkee.

Interests: Golf and writing on matters regarding public policy. Has published a book on disinvestment.

Can you elaborate on the reasons for quitting?
I realised in the first introductory meeting that the work involved was enormous and I could not do justice because of my work with the consulting company, board directorships, advisory companies and work with UN organisations. Besides, I felt that the advice would have taken positions between public and private companies, not very advisable for a consulting company.
The Reliance ADAG group spokesman has alleged that there was a conflict of interest between your role in the regulatory body and your association with Nira Radia (who handles public relations for Mukesh Ambani’s Reliance Industries), your fellow-director in Noesis
They have also alleged that there is conflict because RIL has an office on a different floor in the same building. Ms. Radia runs three public affairs companies and advises about 133 Indian and multi-national corporates, and I must say, in a very professional manner. I have no relationship with the public affairs companies or their mandates. Besides, I am on a number of boards, which also have foreign nationals as directors. If I accept ADAG group statement, I would be running around all these directors and their businesses before I take an assignment. To say the least, the position taken by ADAG group is totally unacceptable. I had only written an article in public interest in Business Standard on private agreements, leading to all the allegations.
How do you think the struggle for gas between the two brothers should be resolved
We had a non-liberalised economy till 1991, where the government was the owner, developer and monopoly seller of all resources. Liberalisation has made it possible that country’s resources in minerals, gas, petroleum, pipelines, telecom and power lines have been given for management or are being used by private companies.
If the private sector is able to corner these resources and use them at their own will, we will turn into a banana republic. If any public agreement is defective and can be interpreted otherwise by courts, it is the government’s responsibility to correct such agreement by appeal or by legislation.
Do you think the RIL-RNRL tussle over gas from the KG basin is slowing down power projects in India?
The government has decided, according to very clear principles laid down in the profit sharing agreement of the petroleum sector, that fertiliser and existing power companies would get priority in allocation of gas. If the developer can decide the allocation, he will naturally allot to those who can give much higher prices, or would use the gas himself and sell the resultant product at high prices.
The committee is looking at the issue of gas-transmission from the KG basin through various pipelines. What is your opinion on the issue? There are currently three different companies wanting to transport the gas.
The gas availability and demand increases with time and availability. Hence there can be no master plan. The regulator has thus rightly decided that details of pipelines would be decided with growth, in a transparent manner and that is what is being implemented by the regulator.