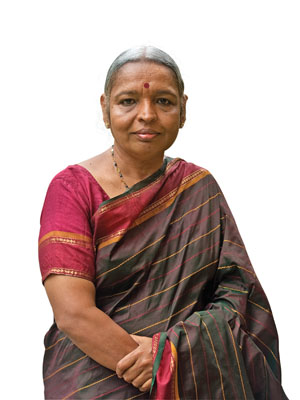 SHYAMALA GOPINATH,Deputy Governor of the RBI

SHYAMALA GOPINATH
Age: 62
Profile: Rose up the ranks to retire as Deputy Governor of the RBI
Career: Was on a two-year deputation to the International Monetary Fund between 2001 and 2003. Headed the financial markets committee of the RBI, was chairperson of the standing committee on gold and precious metals, and served on the boards of Union Bank of India, Bank of Maharashtra and the State Bank of India.
Interests: Carnatic music

The central bank and government are supposed to work in concert. What has been your experience in your 39 years with the Reserve Bank of India?
This contradiction was well articulated by our previous finance minister, Chidambaram. He said the dharma of the RBI is different from that of the government. For the central bank, it is about price stability while for the government the focus is growth. Inflation is not always good for growth. Governments have a comparatively short-term point of view. But in my experience, the finance ministers have given RBI the space it needs.

The government is considering issuing banking licences to companies. The reason stated is to improve financial inclusion and increase competition. How far do we have to go on both these measures?
Financial inclusion is not just about banks opening more branches and people have to accept this…. Scaling up of the business correspondent model is taking time. Banks will have to work hard to increase trust, they have to provide enough incentives to the correspondents and use technology for adequate reporting.

The public sector banks have begun these initiatives and the RBI is trying to get the private banks into it. But it may not be very profitable. The RBI has last year allowed companies to come in as business correspondents, even this has not helped much…. It obviously boils down to profitability, how much commission the banks can pay.

On the question if there is enough competition — it is certainly not enough in lending to small- and medium-sized enterprises and the poor. There seems to be enough [competition] for lending to high net worth individuals and the corporate sector.

How did the microfinance institutions crack this problem?
(Laughs) Did they? They understood the customers and could pass on much of their costs…Why did they all concentrate in Andhra Pradesh? It is because the government already had a network of self help groups in the state that they could ride on. These groups got credit from banks at a low rate. At that time, MFIs were treated like non-banking financial companies, without too much regulation. We were told that stringent regulations will impede the system. Things have changed after the system failed.

The RBI has raised the red flag on the real estate sector in the Fiscal Stability Report released recently. Why is the risk perception so high for the sector?
The concerns were about banks lending to the real estate business. The share of real estate in the gross non-performing assets was 15 percent. We saw cases of fraud where the same documents were used to raise money from multiple sources. In some cases, valuations were not done properly. Besides, the high interest rates had an impact on the ability of companies to service debt. With all this, we merely increased the provisions that banks had to make for such lending. After the slowdown in 2008-2009, the demand for luxury housing and commercial real estate slowed down. If repayment slipped, it would impact the asset quality of the banks.