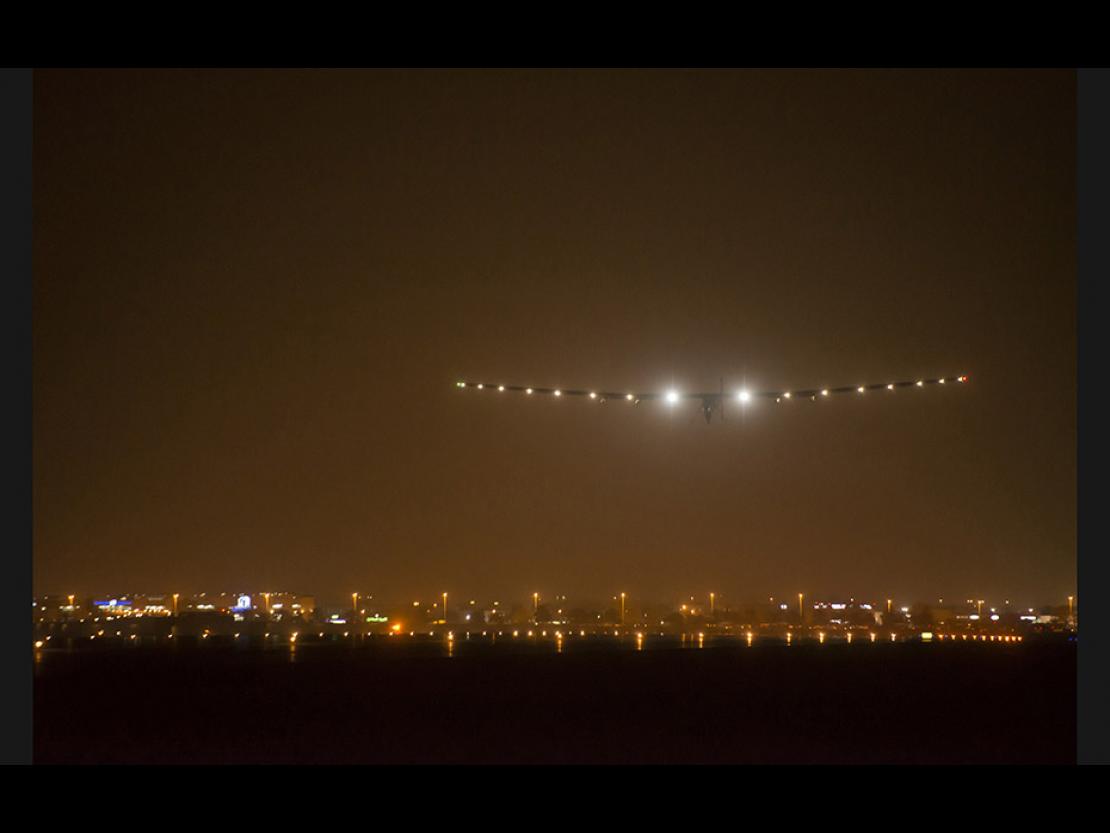 1/11
Solar Impulse 2, the world's first airplane flying on solar energy, lands in Ahmedabad, Gujarat, on March 10. The Swiss-built solar aircraft took off from Muscat in Oman earlier on Tuesday to begin the second leg of its epic journey. The unprecedented attempt at the first flight around the world seeks to prove that flying is possible without using fossil fuel. During its five-month journey of 35,000 km (22,000 miles), the engines will be powered only by solar energy. Two Swiss pilots, Bertrand Piccard and Andre Boschberg, will take turns at the controls in the tiny cabin for five consecutive days and nights in the air