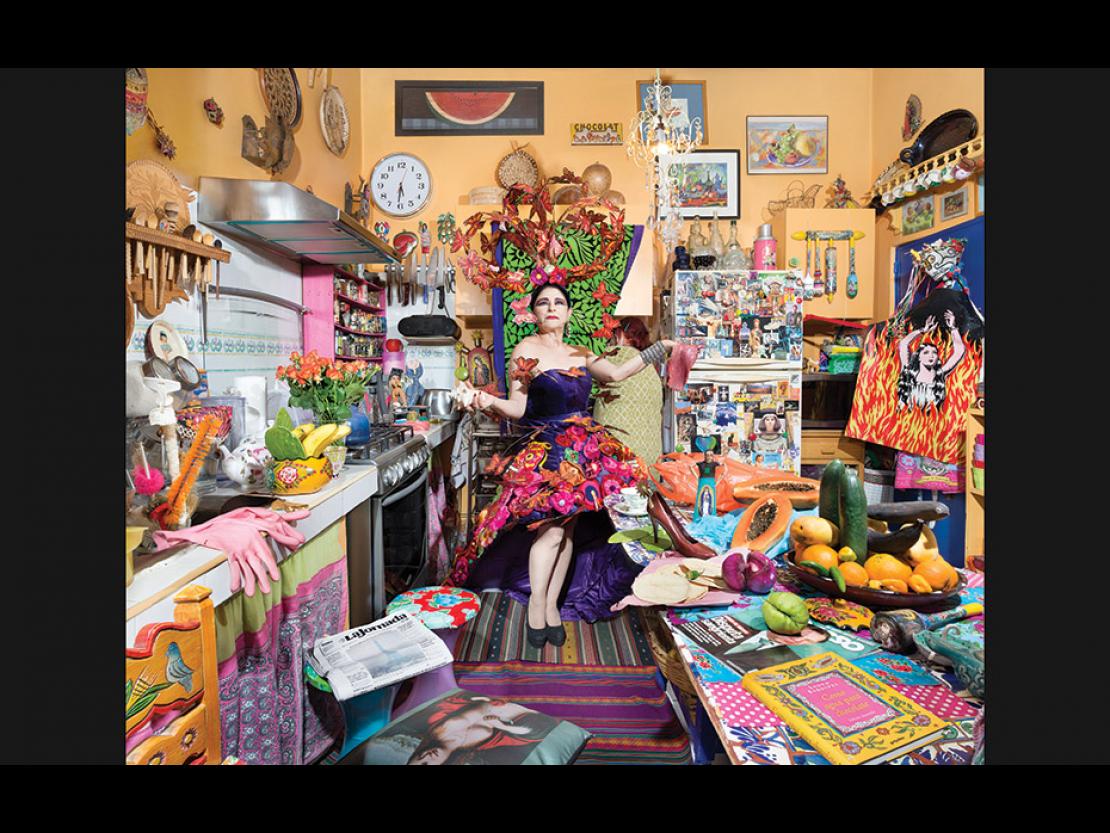 1/6
Like Water for Chocolate
Mexican actress and performance artiste Astrid Hadad; Colonia Roma, México DFThe photographic series, mexicans inside, includes portraits of artists, craftsmen, performers, architects and creative people who, in their personal spaces, also present themselves as collectors. In this series by French photographer Aurore Valade, a subject’s intimate space is akin to a small private museum, an accumulation of objects and prints that are witnesses to the mixture and crossbreeding of diverse backgrounds that makes up Mexican popular culture.

The space in every frame is occupied by ancient artefacts, traditional and folk objects and curiosities, works of art and vernacular images, which together weave the story of Mexico’s past and present.

Every picture is an intimate and personal story that opens onto a collective one, told by the objects. Each photograph is filled to the excess with shapes and colours in a style that reflects Mexican baroque, but the effect here is a mirror of the world Mexicans live in. Above all, it is an invitation to the viewer to piece together the complex puzzle of this rich and ancient culture.

About the photographer
Aurore Valade builds her photographs from the stories of her subjects. They depict everyday life and nudge us to question our own lifestyle and use of personal space. She studied at the Fine Arts School (École des Beaux-Arts) in Bordeaux and the National School of Photography, Arles, from where she graduated in 2005. She has since won several awards, including the 26th Bourse du Talent Award, Quinzaine Photographique Nantaise Award and the 2008 HSBC Foundation for Photography. Valade’s work is regularly published and exhibited in France and abroad.