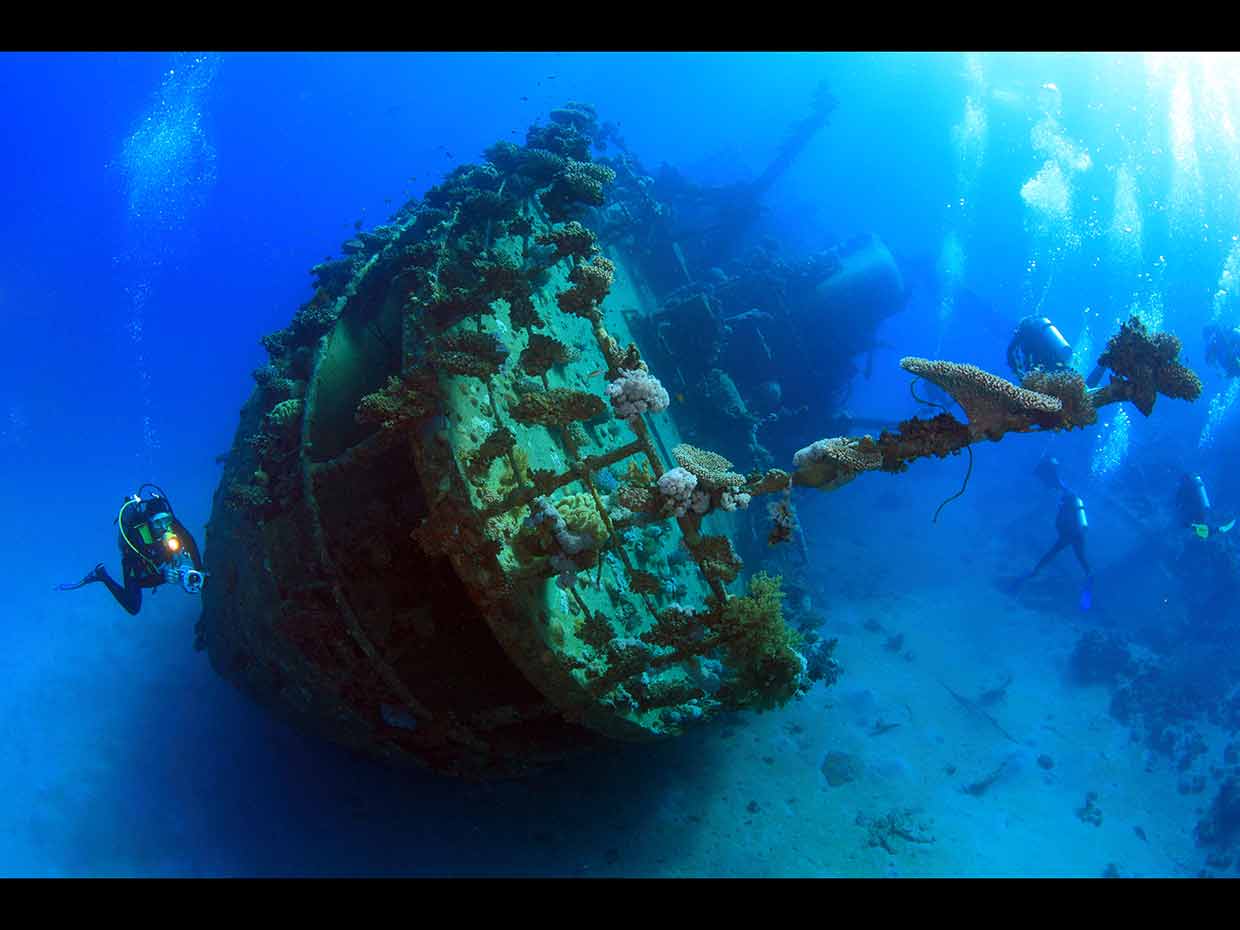 1/14
1. Underwater treasure dives
Red Sea, Egypt
Wreck diving in the Red Sea is one of the best in the world: Warm, clear, blue water, colourful reefs and a fascinating story behind everything you see. The reef of Abu Nuhas in the northern Red Sea is a ship’s graveyard, with four accessible wrecks. Giannis D is one such wreck where divers can enter the stern, swim through the bridge and even enter the engine room. The SS Thistlegorm is another wreck, in the Straits of Gubal. The British vessel was bombed and sunk in 1941 while carrying war supplies. Today, it is one of the best wreck dives in the world.