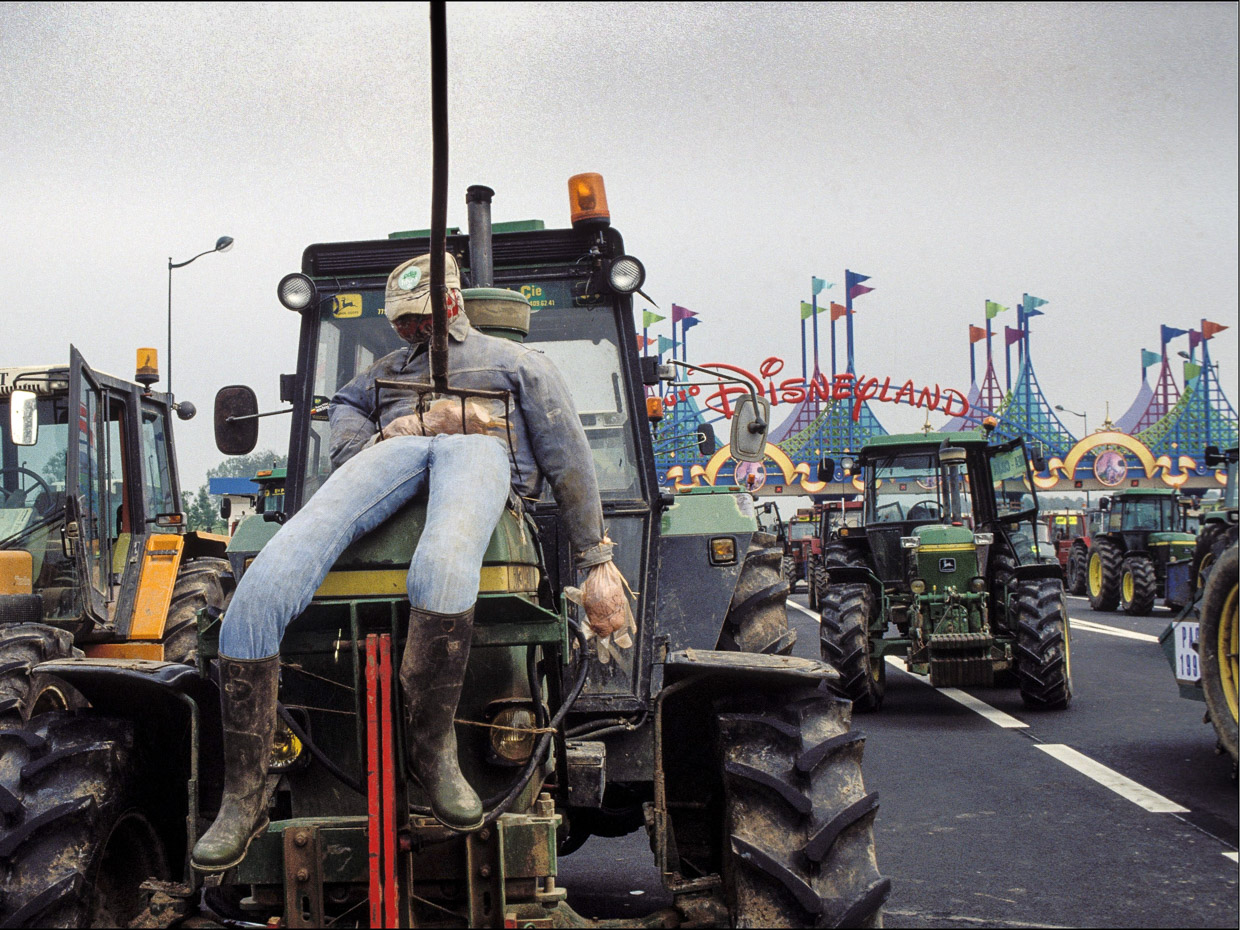 Angered by American agricultural trade policies, tractor-driving French farmers blocked the entrance to the new Euro Disneyland outside Paris on June 26th, 1992, preventing several hundred families and busloads of schoolchildren from entering the park. "Euro Disneyland is the symbol of an American culture that has invaded our country," Daniel Deswards, one of the leaders of the protesting farmers was quoted as saying. "Now the Americans want to do the same thing to our agriculture."