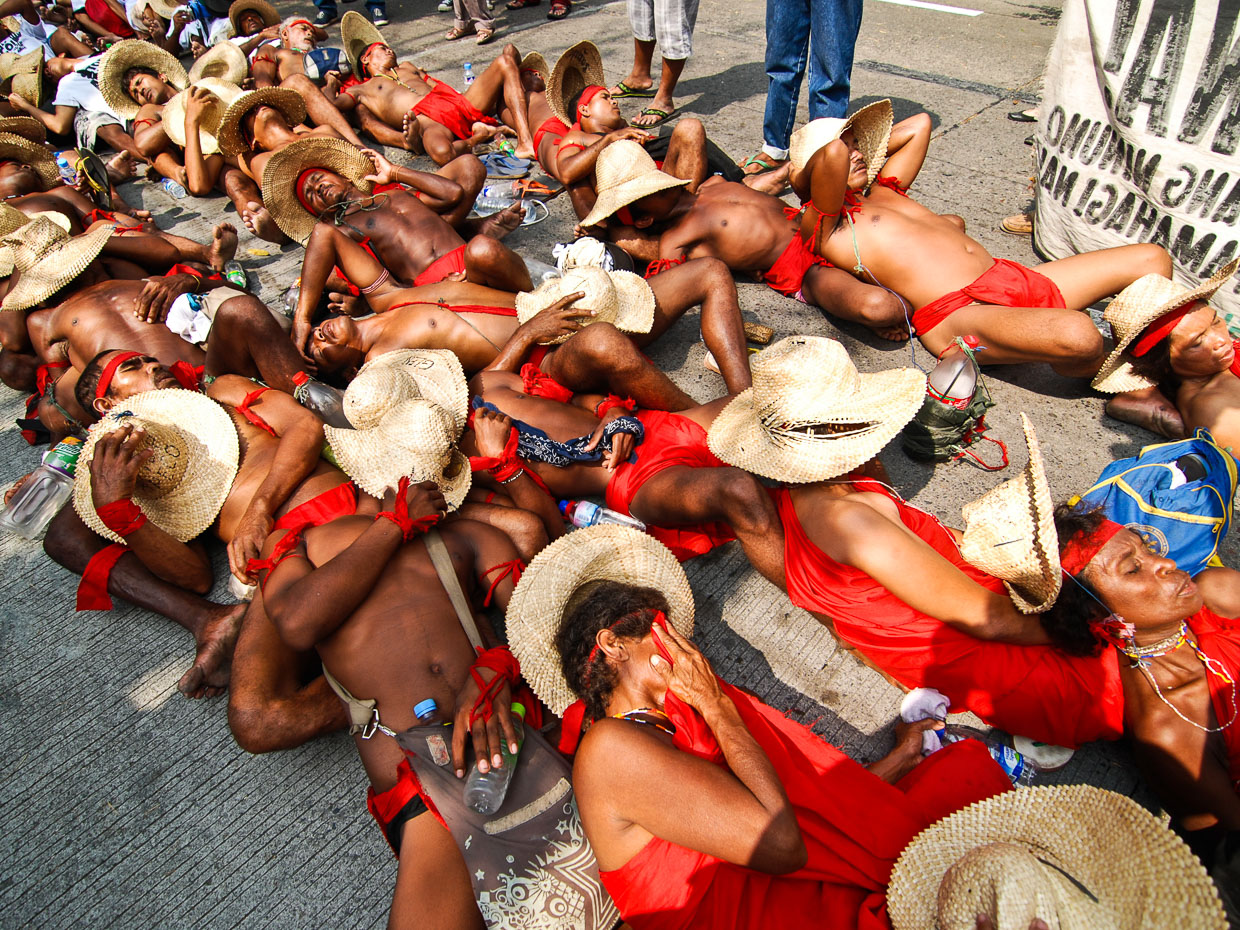 Indigenous farmers and fishermen stage a 'die-in' protest to dramatise their plight upon their arrival in Quezon City on December 10, 2012, in Manila, Philippines. The group traveled 350 kilometers by foot from the northern region of Casiguran, Aurora to Manila in an effort to stop the construction of APECO, an export processing zone. The farmers say the project has already displaced 3,000 families in the area and will remove their sources of livelihood and disrupt their lives. A total of 12,000 hectares of farm and coastal lands have been appropriated for the project.