Global Talent Track: By the People 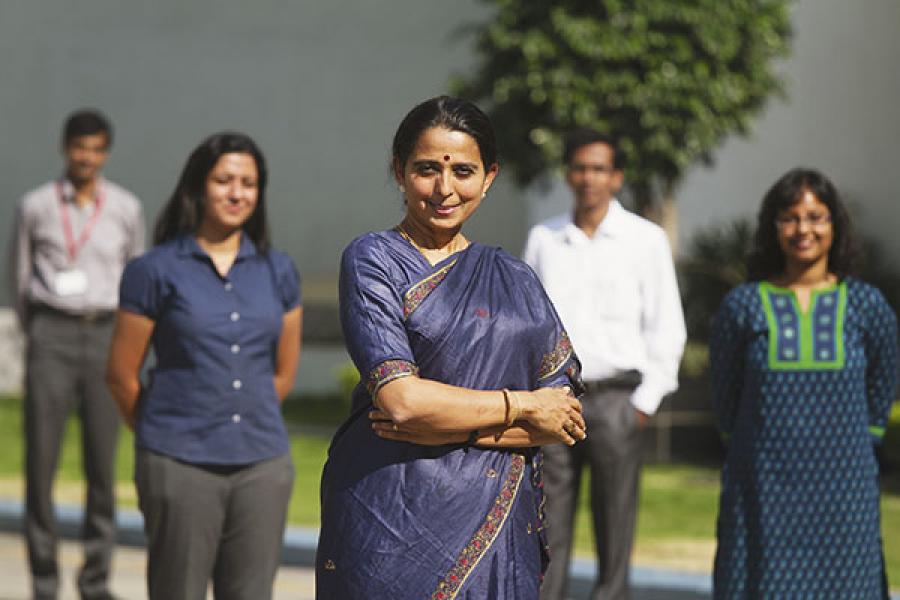 Global Talent Track is an early bird in the talent development space. It began as an idea in 2008; well before the cacophony surrounding skill development began in late 2009 when the National Skill Development Council (NSDC) was formed. This has given the company a headstart over the number of players surrounding the space. The lead time the company has had in the industry has allowed it to develop company specific templates for each job requirement. They are able to think like the HR team of each of their clients at an individual level instead of an industry specific need and this puts them above the rest. It also reflects in their 282 percentage growth and Rs 13 crore in revenues just after four years of operations.

The woman behind it
Dr Uma Ganesh’s late grandmother was 23 when she lost her husband and single-handedly brought up four children. This was in 1927. She not only raised her family, but also asked all her daughters-in-law to continue working as she could take care of the grandchildren.

“Until 106, she did everything on her own. That energy has rubbed off on us,” says Dr Uma Ganesh, “It will be a shame if we don’t carry forward that enabling environment we were raised in.”

Ganesh has more than 20 years of experience behind her as the CEO of Zee Interactive Learning Systems and Head of Education at NIIT and Aptech, and she is not resting. She, along with her husband Ganesh Natarajan, co-founded Global Talent Track (GTT), a corporate training solutions company in 2008.

Why it is a gem
Global Talent Track is almost surgical in its approach to training. It looks at highly customised programmes. Think of it as a combination of an HR staffing firm and a corporate training institute. Very few companies have combined the two.

In the last two years, many HR companies have included sourcing and training in their portfolio. The difference is that most of them have done it with the larger interest of receiving money from the NSDC, which is desperately seeking to fill its mandate of making 500 million people employable.

The difference with Global Talent Track is that it never set out to gain from the NSDC as the company was conceived well before the NSDC came into being. The company derives most of its income from corporates, who pay for recruitment, and from students, who pay for their training.

Why it was hidden
GTT has not called what it offers skill development, nor is it after NSDC funding. It is clear that this is to meet the employers’ need and it will understand each employer’s template and train each candidate to perform from day one. It has focussed largely on corporates and kept away from government-funded projects unless specifically requested, like it conducted programmes in Kashmir.

Risks and challenges
When the company started out as a dream, not many firms looked at training as a viable business; staffing was the cash cow of the sector. Today, almost every HR firm from TeamLease to later entrants like Ikya are in the training space. In government, both the Central and state governments have given a huge push by making funds available to these firms. The challenge for GTT will be to keep its first mover advantage. It is one of the few companies that has taken the training it offers to the next level by saying it will offer company-specific training.

For example, Company A and Company B need the candidate to apply Java in different ways, and GTT is able to train candidates to these specifics. This is easily replicable, and a competitor could pull it off too, and some already have. It could also slow down the growth opportunities or force GTT to look at niche areas apart from the IT and BPO sector, which has been its cash cow.