Imtiaz Ali has mastered the art of mesmerising audiences through his romantic narratives. But the filmmaker himself gets detached rather quickly 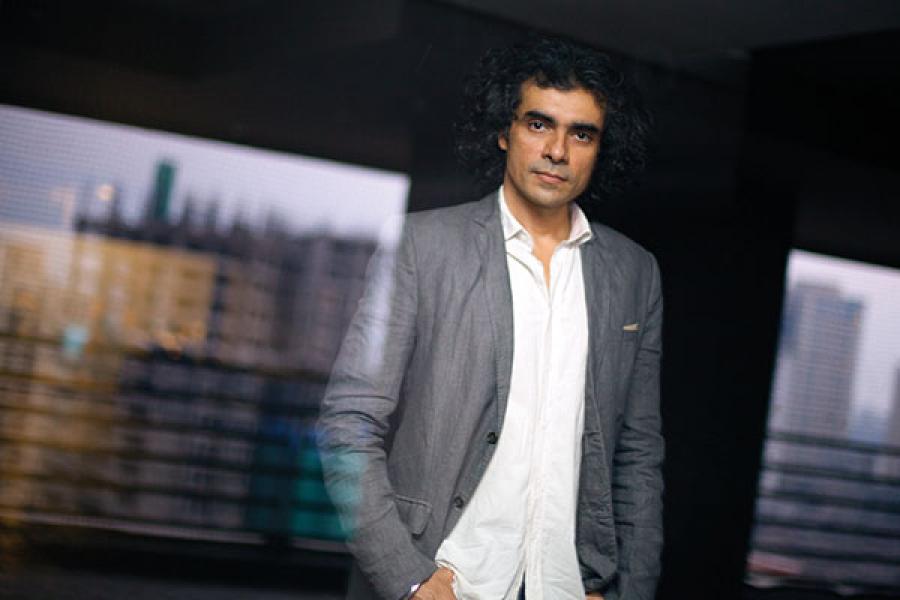 Image: Prasad Gori for Forbes India
Forbes India Celebrity 100 Rank No. 76. Imtiaz Ali says he has never been anxious in life and feels lucky to have reached where he has today

In a desolate corner of an office in one of suburban Mumbai’s many high-rises, a lanky man, dishevelled hair prominent, is brewing tea for himself. The sprawling space overlooks the city skyline and is nearly engulfed by its enormity. “Darjeeling tea?” offers the connoisseur, who gets North Bengal’s best teas exported to him by the estate managers. Strewn around are promotional materials of his last release. And neatly stacked on the desk are biographies of film personalities, books on poetry and a bunch of music CDs. He quickly shoots an email before settling down for a chat. As the sun goes down on a mellow November afternoon, Imtiaz Ali’s insights into life and cinema keep us engaged.

Half a year after Highway, Ali’s much talked about film, he’s onto his next—Tamasha starring Ranbir Kapoor and Deepika Padukone. “I don’t like to sit and wait for the rose to grow in my garden. I’ve always been working all the time,” he says. As it is, the 43-year-old director admits to losing connection with his films very soon, as if they were “old friends who made me happy but don’t mean anything anymore”.

“Soon after the release of a film, I start to feel I have messed up on many counts,” he says. What would he do differently then? “Everything! I would want to do everything differently for every film of mine,” he asserts.

Ask him about Highway, and he concedes that it is his “most technically satisfying” film, the kind he’d like to present in a festival. Push him a little more and he declares, “By the time you start getting returns for a movie, in terms of adulation and so on, you are on to doing something else. And you don’t want to be disturbed. While you are praising me for Highway, I am occupied with a scene in Tamasha.”

This occupation, or preoccupation if you will, has been Ali’s hallmark since his days in Delhi’s Hindu College, where he set up the still-functional theatre group Ibtida and travelled the country with semi-professional plays. “He was a hosteller, immensely involved and hands-on at every step,” says a friend and then group member.

But theatre was just one of his many expressions. Ali was a man of multiple desires. That someone who wished to be (or was) a basketball player, an author, an engineer, a civil servant, an advertising copywriter and a management graduate—sometimes two at a time—has stuck to filmmaking for a decade is an incredulous thing. “Almost everything that I had planned for myself did not come true. I was kind of swept away by some unseen force into film direction,” says Ali. “And now that I have made some films and have the prospect of making some more, I feel my life could not have been more accurate than this.”

He began as a production assistant with Zee TV in the mid-90s. “Basically, I was a glorified errands boy carrying tapes from the editing studio to the office and vice versa. But I was also learning stuff in the studio and started contributing in the promo department,” he says. It was there that he learnt about tapes and how machines assembled stuff and how the editing process could be manipulated—invaluable lessons which would come in handy years later in his directorial debut Socha Na Tha. 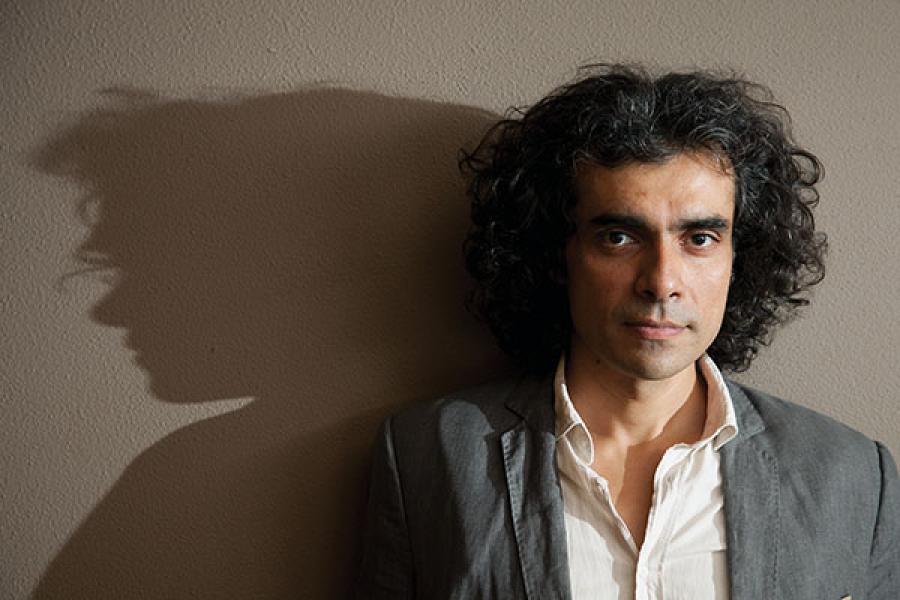 All the characters in Imtiaz Ali’s films are drawn from life. “I have no other inspirations,” he says
This was followed by another brief stint at Crest Communications, a post-production studio where he would write concepts for television. “Most of what I wrote never saw the light of day,” he says. But there was a talk show (Purush Kshetra), which he’d written and conceptualised for El-TV, Zee’s sister channel. “Crest was the producer and I ended up directing it because it was convenient for them,” he says. The show became the talk of the town for the bold subjects it addressed, and Ali had “turned director by accident”.

Next up was a chance meeting with Anupam Kher, whose wife Kirron was hosting Ali’s show. Producer Kher had fallen out with the director of a Zee TV serial (Imtehaan) and convinced Ali to come on board. “I asked him, ‘What makes you think I can direct fiction?’ He was convinced that I could do it,” he says. Ali directed about 100 episodes and the show continued to top TRP charts.

“Directing Imtehaan was a huge thing for me. It told me subconsciously that this was it. And I never thought of going back and doing anything else,” says Ali.

While television was going steady, Ali ran into Mahesh Bhatt and the two would often think of making a film together. “Bhatt saab kept telling me that I should make a movie for his company, but nothing worked out. The intent of directing films was never there,” he says.

Bhatt, who remembers Ali as an exceptionally talented man, says, “I always thought that Imtiaz lived life on his own terms and had the courage to interpret it based on his own experiences. And that gets reflected in his cinema.”

It was not until 2001 that Ali would begin work on his first film. His friends would advise him to turn his unused script ‘Love-Cum-Arranged’—originally written for television—into a romantic film. “That became Socha Na Tha. It took me four years to release it,” says Ali. “But I see those four years as a film school. I learnt everything I needed to.”

The film, starring newcomers Abhay Deol and Ayesha Takia, bombed at the box office. But there was something about it that lingered in people’s minds. “It had a fresh innocence and the director’s honesty came across,” says Bhatt.

It also began Ali’s enduring association with lyricist Irshad Kamil, among Bollywood’s most prolific now. “It was music director Sandesh Shandilya who asked me to call Imtiaz. I remember I went to meet him at his place. From the onset, we began discussing poetry which ultimately became a bridge between two islands,” says Kamil.

Music—and picturisation of songs— has arguably been the brightest spot in Ali’s cinema. His films have gifted the industry memorable tracks like Tum Se Hi, Ajj Din Chadheya, Sadda Haq, Patakha Guddi and more. “Imtiaz is among the few contemporary directors who have a suave sense of music and lyrics. In each project, he affirmatively knows what he is looking for and why,” says Kamil.

Undeterred by the commercial failure of his first film, Ali began work on his second. “He’s always been a very positive person,” says his college friend. “He wrote 10 scripts in the four years he took to release Socha Na Tha. All the films you see now germinated then.”

Jab We Met, which was earlier called ‘Train’, became one of the biggest successes of 2007 and established him as a director of repute. It drew comparisons with cult classics like Dilwale Dulhania Le Jayenge. “He reinvented the romcom with Jab We Met. It came as a breath of fresh air… an unforced, natural film and surely his best,” says film critic Shubhra Gupta.

But continuing high praise for the film amuses Ali. He says, “I still don’t understand why people like Jab We Met so much. I had never anticipated its success. I used to think that it wasn’t a film worth making because there was nothing important happening in it.” The film, though, served as an outlet for Ali’s suppressed self. “I know myself to be a very inhibited and awkward person. While making Jab We Met, I wanted to be Geet [a motormouth]. I wanted that vent.”

His next two films, Love Aaj Kal (2009) and Rockstar (2011), would go on to polarise the audience a great deal. Some would say that he was making the same film over and over again, while others would anoint him the master of love stories. “He’s made some of the finest romantic films. It is a fact that he understands love stories better than most,” says Kamal Jain, CFO of Eros International which produced two of Ali’s films.

Rockstar, which Ali calls “a defective film with many missing parts” remains his biggest commercial success to date, but continues to be censured by critics. “I didn’t understand the romance he was trying to construct with Rockstar. I didn’t understand why Ranbir’s character was so angry all the time. The moment you start asking why as an audience, the film has lost you,” says critic Gupta.

But like many others in the industry, Ali is unfazed by reviews. “I don’t mind bad reviews. But I mind the biased ones. And I can’t live my life based on them,” he says. The polarisation of the audience has often plagued him though. “I don’t know where to place it. As a filmmaker, I would always want everyone to like my film. But at the end of the day, I can tell a story only in a way I like,” he says.

Ali’s last film Highway was a marked departure from the honey-coated romances of the past. It’s a story that stayed with him for 20 years since he made a telefilm (by the same name) for Zee. It needed more telling, says Ali, on a more expansive canvas.

Alia Bhatt, the filmmaker’s newest protégé and the female lead in Highway, says, “Every actor, at some point of time, has the aspiration to work with Imtiaz Ali. He is a master storyteller. There’s no façade, it is all genuineness. Direction for him is discussing an emotion with actors as opposed to giving them instructions from behind the monitor.”

“They are all drawn from life,” he says. “I am not a cinema buff. I don’t watch a million movies. I have no other inspirations.”

He adds, “Geet is a character commonly found in a Delhi bus. These girls speak incessantly to even strangers when they don’t mean a thing. You just have to listen to them.”

In an industry obsessing over numbers every Friday, does performance pressure get to Ali? “I have never been anxious,” he says. “At every stage in life, I felt that I have been lucky to get even here. I come from a middle-class household in Jamshedpur. Getting to direct a TV serial is a huge thing. That’s enough for a lifetime.”

For someone who’s considered one of Bollywood’s leading directors today, that is being quite easily pleased.