The definition of an automobile is undergoing a sea change with next generation mobility solutions. Automakers must take a long-term view of their investments 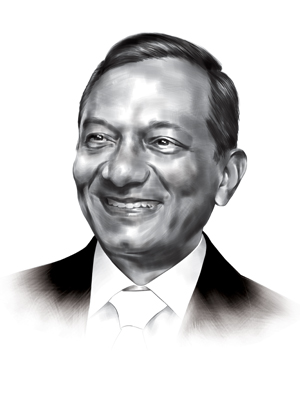 Having spent three decades in the automotive industry, I have been fortunate to witness the growth of this gigantic sector. At times, I have been overwhelmed by the churns in the sector during its journey to becoming one of the flagship industries for India—not just on the metrics of economic contribution but also in its leading role to help build Brand India.

The automobile sector has come a long way and has become a pillar of economic growth for our nation. India’s move up the global automotive manufacturing rank from 14 to six in the last 15 years points to the country’s coming of age as a manufacturing destination of choice, with practically all major global original equipment manufacturers (OEMs) setting up India operations, India development centres and increasing sourcing from India.

Beyond the numbers, the last decade has seen the industry evolve by miles. From just being assemblers and suppliers of small, low-tech components, India is increasingly being acknowledged for its skills and competence in automotive engineering, vehicle manufacturing, automotive software and frugal innovation.

It’s no surprise that the country is ranked 10 in the automotive segment of the FutureBrand’s Country Brand Index (CBI) for 2014-15—the only segment where India is featured among the top 10 across industries like FMCG, electronics, fashion and luxury.

The Government of India has always championed the cause of the automotive industry and has helped steer it to where it is today. Industry bodies SIAM (Society of Indian Automobile Manufacturers), ACMA (Automotive Component Manufacturers Association of India) and FADA (Federation of Automobile Dealers Associations) have championed the causes of respective stakeholders, consumers and the environment and have successfully partnered the government to keep the industry on a growth path.

The Government of India, in partnership with the industry, co-created the AMP 2016 (Automotive Mission Plan 2006-16), which gave a necessary vision to the automotive industry and put in place a framework for enabling growth.

Taking these initiatives ahead, the government, in partnership with SIAM, ACMA and FADA, has worked out AMP 2026 (Automotive Mission Plan 2016-26). The vision for AMP 2026 is to ensure that the Indian automotive industry is among the top three globally in engineering, manufacturing and export of vehicles and components, encompassing safe, efficient and environment-friendly conditions for affordable mobility of people and transportation of goods, comparable with global standards. With a target to contribute 12 percent of India’s GDP, and generate an additional 65 million jobs, AMP 2026 shows a lot of promise for our industry. 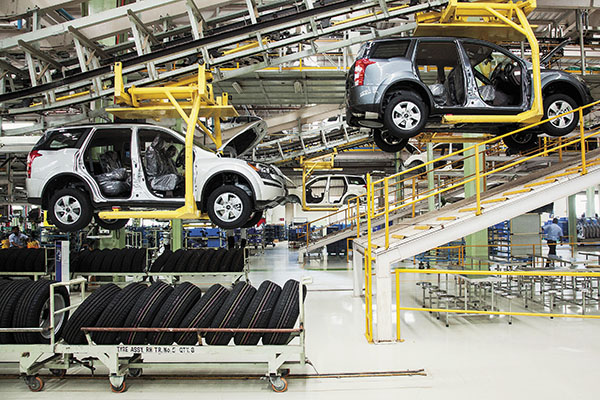 Image: Getty Images
Sales performance during the first eight months of the current fiscal shows passenger and commercial vehicles are on the road to recovery

Another milestone was the announcement of The Faster Adoption and Manufacturing of (Hybrid &) Electric Vehicles (FAME) scheme. This scheme is important to encourage the growth of clean vehicles in India to address the issues of national energy security, vehicular pollution and growth of domestic manufacturing capabilities. Considering the far-reaching impact of this policy, it is important that joint efforts should be made by the government and the industry to increase accessibility to electric and hybrid vehicles through setting up charging infrastructure, encouraging new business models and, above all, encouraging development of technology associated with these vehicles.

The year 2015 was a mixed year for the automotive industry. While certain segments showed growth, others continued to contract. Exports growth, too, slowed. Also, a reasonable percentage of OEMs are still in the negative.

Though things have begun to look better in the last six months, it may be too early to call it a complete turnaround. Looking slightly deeper into the performance of the auto industry, the semi-urban and rural markets have faced significant challenges in 2015 on account of two consecutive years of deficit monsoons and it will take time for this sentiment to rebound. 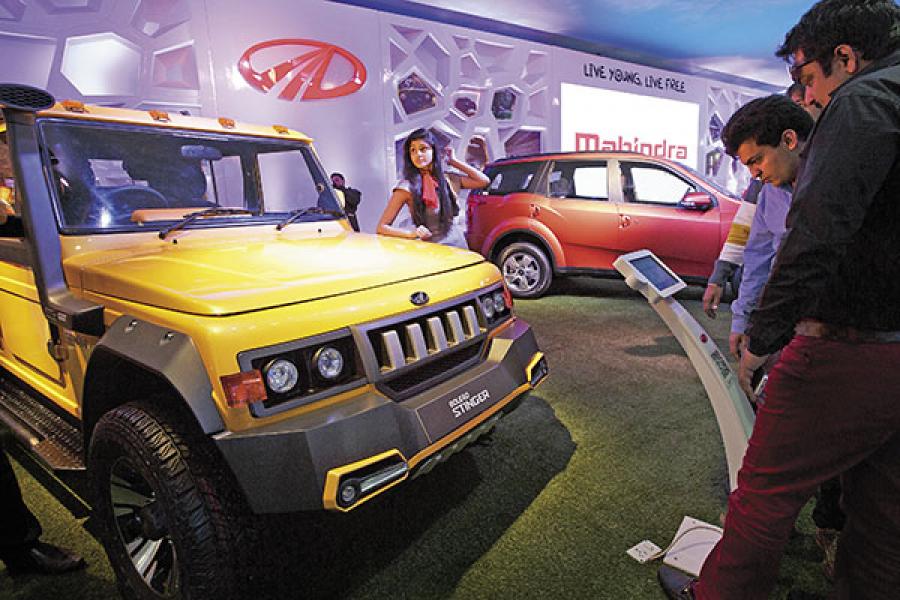 Image: Getty Images
The auto industry should take a long-term view of investments in developing next generation technology and sustainable mobility

But I am hopeful that the sales performance of auto companies over the last quarter is an indicator of things to come in 2016. What I would hope to look forward to in 2016 is sustained economic growth, which, in turn, will give a fillip to the growth of the industry. One can hope for a good monsoon—which will lift rural sentiment and, in turn, rural demand and consumption—as well as an enhanced focus on infrastructure sector spends and development.

I am fairly confident that 2016 has the promise of being a very exciting year for the auto industry. We will be kicking off the year with an auto show in Greater Noida and many new launches are scheduled for later to keep the excitement alive. Auguring well for demand on automobiles is the government’s focus on sustaining economic growth and investment in infrastructure development. The flagship initiatives of Make in India and improving ease of doing business will help boost the investment business climate in the country. We need to look skywards for the monsoon too and hopefully, it will not disappoint.

The overall positive momentum will improve capacity utilisation for the industry and will hopefully drive the next wave of investment. Another factor that may influence the growth of the industry is the recent order of the National Green Tribunal (NGT) banning registration of new diesel vehicles in Delhi.

To me personally, looking a bit forward, 2016 has more to offer than healthy industry growth. I am equally excited about the implementation of the GST regime, which is one of the biggest policy interventions by the government in recent times. We strongly feel that introduction and implementation of GST will have a long-term impact on improving efficiency and delivering a competitive edge, not just for the Indian auto industry but for Indian manufacturing as a whole.

On the policy front, the National Manufacturing Policy seeks to address key issues pertaining to flexibility in labour rules, reducing the burden of compliance by simplifying business regulations and simpler and expeditious exit mechanisms for closure of units while protecting labour interests. All of these moves are the much necessary foundations of a vibrant manufacturing sector. I would personally like to see some concrete action towards meeting these objectives in 2016.

The year 2016 also marks the retirement of AMP 2016 and the journey continues into the next decade with AMP 2026. So, as we set out to achieve the targets laid out in AMP 2026, I would urge the auto industry to take a long-term view of their investments, especially in developing next generation technology, offering sustainable mobility solutions and enhancing safety. The industry needs specific focus on skill and capability development of our people. Enhancing supplier capabilities especially in tier-2 and tier-3 segments on the fronts of quality and productivity should be a high priority.

What will probably set the Indian auto industry apart is leveraging the inherent frugal mindset of the country and overlaying it with a culture of innovation. This, along with the tangible investments we make in infrastructure and the product pipeline, will create a robust automotive ecosystem in India and will propel the automotive industry into the next orbit.

There’s no doubt that the future of the Indian automotive industry is promising. While we have the strength of a strong domestic market, the world too will be looking at India to see what we offer. Perhaps we are in a unique position: A growing economy, a large market with young demographics, a government that backs the auto industry, policy reforms under implementation, infrastructure developments, a good manufacturing ecosystem and a competitive market with opportunities for export.

To top it all, the definition and content of an automobile is undergoing a transformation and the world is exploring next generation mobility solutions. This creates enough opportunities for India to challenge the convention, innovate and take the pole position.

As we welcome 2016 and are confident of growth coming our way, more important is to have a belief that over the next decade, India can and will make a deep impact on the global auto industry and will help propel Brand India. I have this belief and would like to think that the government and the captains of the Indian auto industry share it.