It's future positive for the realty industry with the expectation of improvement in regulations, buyer sentiment and, of course, the burgeoning demand from the IT/ITeS sector 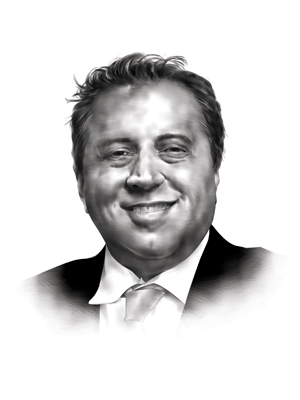 Image: Sameer Pawar
The author is the chairman and managing director of Embassy Group

The year 2015 ushered in positive change for India. It has been a significant year for the Indian economy with the newly-elected government introducing major reforms and taking commendable steps to revive economic growth. With Make in India, transparency, promise of ease of doing business in the country, faster decisions and the hunger to excel, the government has given a boost to confidence amongst businesses and investors both domestically and internationally. India has steadily reduced its current account deficit, making it less dependent on foreign capital inflows and is also one of a handful of countries that did not suffer a growth downgrade by the IMF over the last year. GDP growth has improved significantly to 7.3 percent, indicating a gradual recovery of the economy with latest projections for 2016 indicating a figure of close to 7.8 percent. Apart from reining in inflation, the country’s manufacturing sector is also seeing growth, signalling a steady growth momentum. With China, Russia and Brazil having their own challenges, India is the fastest growing economy among the BRIC nations.

As a builder who started his career in his teens, I have been witness to the monumental shifts that our industry has gone through over the past three decades. While there remains much to be done, we have made great strides. From opaque businesses, bureaucratic processes and ambiguities in law, we now speak a language of transparency, robust frameworks, global best practices and business norms.

This year, the government announced a series of regulations and legislations to address the concerns of builders and consumers. The government’s much lauded ‘Smart Cities’, ‘Make in India’ and ‘Housing for All by 2022’ initiatives, draft Real Estate Investment Trust (REIT) and Infrastructure Investment Trust (InvIT) regulations and relaxation of FDI norms are all expected to support enhanced capital infusion for the real estate sector. Today’s positive sentiments are reflected in the numbers. International and domestic investments in the real estate sector during the January-September period in 2015 were at their highest since 2008; at $2.8 billion, they were up by 84 percent year-on-year (y-o-y). Overall FDI inflows in the first six months of 2015, too, stood at $18.8 billion, up 25 percent y-o-y.

Against this backdrop, the commercial real estate portfolio continues to deliver solid and reliable returns. Occupier demand remains strong for superior products. As we begin 2016, the country’s commercial real estate segment continues to show solid growth. The absorption of commercial space is expected to surpass 40 million square feet by 2015-end—this is 3.5 percent higher than 2014 but, more importantly, shows the consistent and solid demand from local and global companies. Bengaluru has been the largest office market in terms of absorption (more than 30 percent) in the country for many years and this continued in 2015; absorption in NCR, Mumbai and Pune collectively accounted for 48 percent with the balance 22 percent taken up by Hyderabad, Chennai and Kolkata.

The IT/ITeS sector will continue to lead the market when it comes to leased spaces, followed by the BFSI and consulting sectors respectively. Interestingly, in 2015, 14 percent of the larger deals were struck with tenants in the ecommerce space, clearly marking it as a rising sector. A reflection of that was Embassy’s 3 million square feet deal to build to suit for Flipkart—the largest-ever such transaction for office space in India. The growth in ecommerce has caused a spike in demand for large warehousing and distribution spaces resulting in reducing vacancies and increasing rents. Further, development in infrastructure across and within cities will ensure better connectivity, transportation and basic amenities. Again, the pressure on our city infrastructure is significant and we are working with authorities on public-private partnerships to enhance the urban environment for all citizens.

In 2016, we will continue to see increases in both rental and capital value. Bengaluru has been ranked 12th in the list of top 20 technology-rich cities in the world and continues to show its dominance in the startup ecosystem with 26 percent of Indian startup businesses being generated out of the city. Pune and Hyderabad are gaining ground too. In addition to Bengaluru, our customers, the corporate occupiers, are showing great demand for our office park in Pune.

On the residential front, challenges could continue despite attracting an investment of $2.2 billion between January and September 2015. The sentiment will continue to be subdued on account of a range of issues such as slow project approvals and low funding. Low investor sentiment and anticipation of further corrections have led to postponement of purchases by buyers. Luxury housing has been the only segment that showed a positive trajectory and we believe it will continue to do so. This is largely due to the macroeconomic trends that have positively contributed to the demand for luxury homes—India is one of the fastest growing countries for high networth individuals (HNIs) and their investment portfolio totals up to 40 percent in the realty market. Luxury projects are being absorbed very quickly with HNIs investing into new concepts such as luxury branded residences and integrated planned townships. I believe that plotted projects make for good investment too—they are quicker to sell and generate strong cash flows for the seller while giving buyers a lower upfront outflow with the flexibility to build later according to their individual taste, and to reap the benefits of capital gains in the interim. 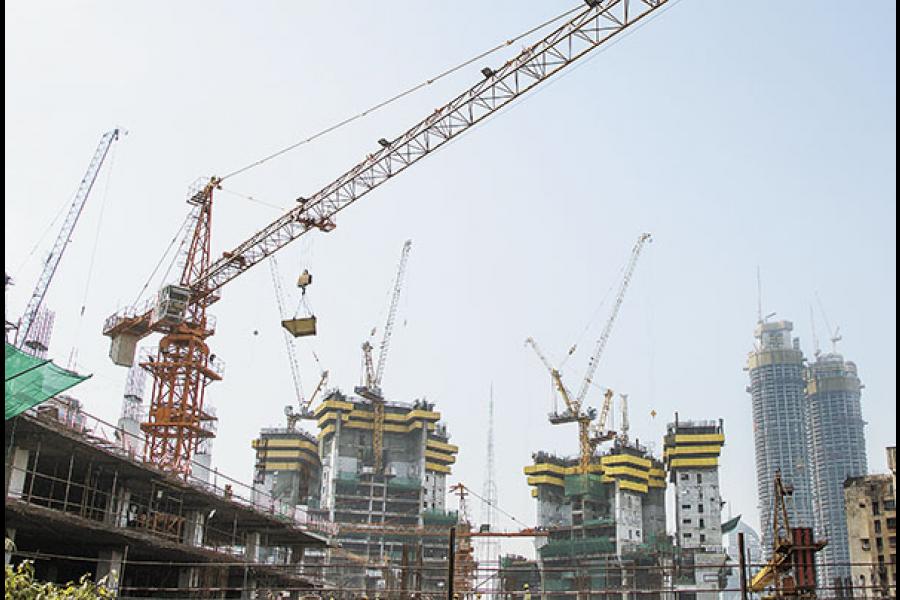 Image: Vikas Khot
On the residential realty front, luxury housing has been the only segment that saw demand in 2015, as consumer sentiment remained subdued

Special segments such as hospitality are on a steady rise due to the increase in purchasing power of the domestic traveller. Embassy is focussed on hotels as a relevant component of our mixed-use, integrated development offering where synergies between offices, hotels, conferencing, retail and F&B provide an integrated solution for our customers. We have seen great traction with this at our Hilton Bangalore Embassy GolfLinks. The sector is also likely to be highly influenced by technology. Residents can now lease out rooms for short periods. New business models are allowing travellers to forgo traditional hotels in favour of new options like homestays and co-stays. Another prominent trend is the shift towards budget and mid-market hotel properties. Hotel businesses which incorporate budget hotels into their brand portfolio have an opportunity to create a strong presence in emerging business and leisure destinations within the country.

We will also witness great demand for fully-integrated, mixed-use developments that are a combination of residential, commercial, cultural, institutional or industrial. I foresee a paradigm shift happening in the decades to come, where every city shall be an agglomeration of integrated townships or mini-towns, self-sufficient in numerous ways. With cities experiencing a steady rise in rental values of commercial space, the discerning buyer is looking for homes in more affordable locations, with access to a range of infrastructure and lifestyle amenities.

Going forward, initiatives such as ‘Smart Cities’ as well as ‘Housing for All’ are bound to provide a fillip to the sector by creating a conducive environment for the private sector to cater to different segments. The revised GST could add 1-2 percent to GDP. The liberalisation of rules towards FDI investments spells good times for the realty sector and we hope to see an increased infusion of capital into the industry. This is a welcome change. In fact, according to a recent survey by industry body Ficci, the industry is happy and satisfied with the current FDI reforms in the construction development sector.

There is a high level of confidence and optimism, and expectations of an increase of 15 percent in the future flow of foreign capital into the realty sector.

To avoid falling flat, revisions to the tax structuring of REITs is required to align with international norms. If this does not come, we will see a major missed opportunity to generate billions of dollars of FDI into commercial real estate. REITs have the potential to create a virtuous cycle of lower cost of finance, increased liquidity, higher employment and overall velocity in both residential and commercial sectors. Let’s not miss this chance—we must align with global standards on pass-through taxation to make REITs work for India’s economic growth. The Land Bill is yet to be passed but the long debated Real Estate (Regulation and Development) Bill, 2015 has finally received an approval from the Union Cabinet. It is an onerous act with strong penalties and regulation. This will drive the continuing consolidation of our industry away from smaller players and into the better organised, major players in the industry.

Besides such reforms, in 2016, the government along with real estate developers should make collective efforts towards creating a stable policy environment, expediting approval processes, promoting single-window clearance for projects, rationalising labour laws, encouraging practical training to ease the shortage of skilled labour in the industry and continue to ease the way of doing business in the country. We welcome the endeavour to rise up the ranks on the ‘Ease of Doing Business’ benchmark but let us not just look at our ranking overall; let us also focus on the sub-categories of ‘Obtaining Power Connections’ and ‘Obtaining Building Approvals’ which remain embarrassingly bad compared to global levels.

The Centre and states must work together to ensure removal of bottlenecks and aid faster implementation of reform measures.

This is a particularly exciting time to be in the real estate industry. With the changing dynamics and the confluence of technology development, customer demand, global shifts in investment plans, transparency, mature structures and effective financial and project management in addition to reforms, 2016 will be another solid year of growth and maturity for our industry.