2021: 5 questions you should ask before the New Year

From 'will corporate profits continue to grow faster than wages?' to 'will midcaps outperform large caps', and more, we answer 5 pertinent questions before you enter the new year 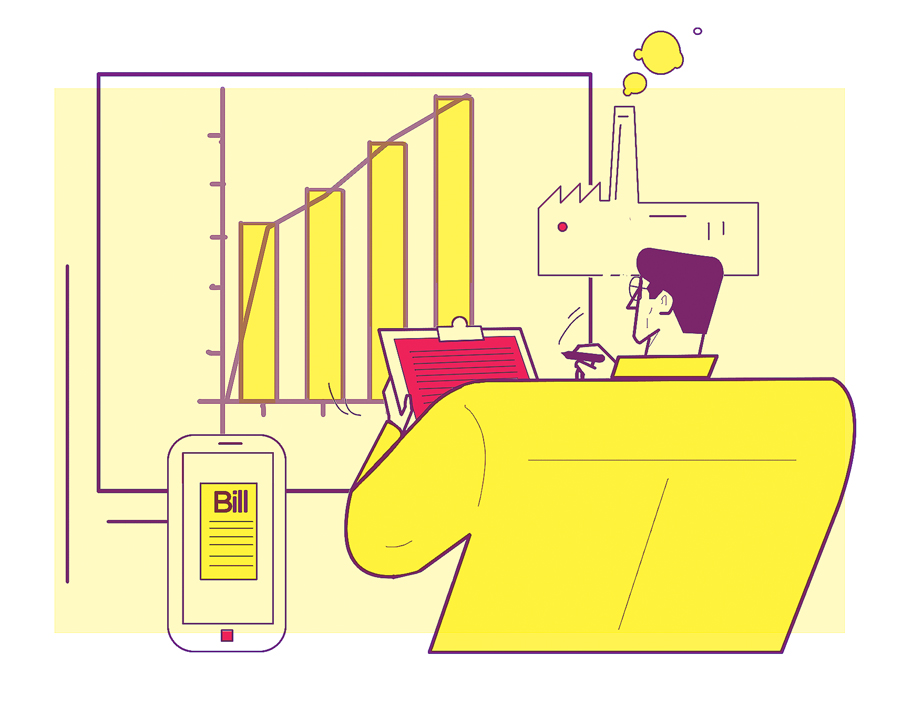 (To read part one of this story, click here) 1. Will the growth in corporate profits continue to outpace wage growth? India Inc has had a good year. The Covid pandemic gave it a much-needed chance to start reducing fixed costs and employee wages were among the first to be hit. As early as April, companies resorted to pay cuts and furloughs as they moved to conserving cash. Fresh hiring all but stopped. At the same time, a cut in interest rates reduced the finance costs. A decline in fuel prices lowered energy costs. Corporate profits in the first half of FY21 expanded faster than wages. This points to a lack of bargaining power by labour and, in 2021, these reductions look here to stay. 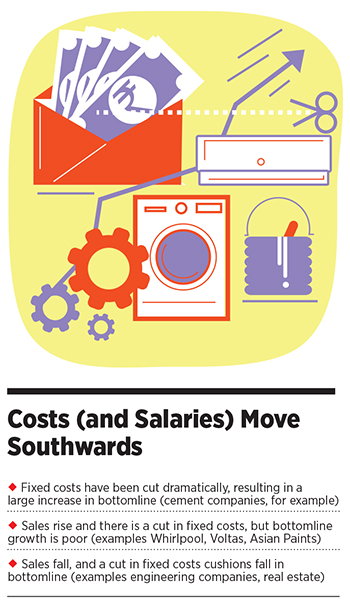 The increase in profits can broadly be categorised into three buckets. First, the increase in profitability was disproportionate to an increase in topline primarily on account of a large reduction in fixed costs. At Ultratech Cement, employee costs fell by 11 percent even as revenue rose by seven percent in Q2FY21. This resulted in a 55 percent increase in net profit. This clearly shows that even as business rebounded, employers were in no hurry to restore wages. “Sunk costs usually come back with a lag,” says Abhimanyu Sofat, head of research at IIFL. This time, an increased role for technology may result in some costs like travel never coming back. Second, companies where a rise in sales resulted in a smaller rise in profits on account of weak pricing power, resulting in lower margins. Examples include consumer businesses like Hero MotoCorp and Whirlpool. Expect employee wages to remain subdued here in 2021 as companies look to first get margins back. Third, businesses that faced headwinds in the last three years. Here, a fall in bottomline was cushioned by a fall in topline even as fixed costs fell. Engineering company Cummins India saw revenue fall by 12 percent and bottom line by five percent. Here employees will find it hardest to get their wages back. Sofat argues that India Inc is in a 2003 situation where years of slow growth had resulted in lean balance sheets that were primed for the next phase of expansion. Employee wages will recover once growth picks up, but this usually happens with a lag. Expect 2021 to be a year where profits recover faster than wages. - Samar Srivastava

2. Will midcaps outperform large caps? The last decade has been a rollercoaster ride for midcaps. They started strong, went through a period of underperformance only to shine between late 2013 and 2017. Since early 2018, they’ve been through a prolonged period of lacklustre performance. Their undoing started with the imposition of long-term capital gains tax on equities and continued for three years. Through this period, the more resilient of these smaller companies have continued to perform and grow revenues, but didn’t see their valuations budge. Now, with falling interest rates and rising foreign flows, could midcaps once again have their day in the sun? The answer is a tentative yes. Globally, value investors have been on the losing end as growth investing has taken centre stage. With a decade of underperformance, value investing (and midcaps that have value) is poised to come back. In 2020, Indian midcaps have outperformed large caps when measured from the March lows. While the Sensex is up by 84 percent from March 24, the Nifty Midcap 100 is up by 98 percent with a bulk of the outperformance coming in November. Midcaps usually outperform for a year before getting into bubble territory. At present, the market is largely ignoring FY21 earnings and pricing stocks at FY22 earnings. If economic activity normalises quickly, midcaps could still have some room to go in 2021. Smaller companies, which usually operate in lower profit margins, are likely to benefit more from lower interest rates, energy costs and employee wages. As these costs stay low, expect profits to move up faster compared to their larger counterparts. If the markets believe these profits are here to stay, valuations could expand faster for midcaps in 2021. What could undo this thesis? A rise in global inflation that would prompt policymakers to rein in an expansionary monetary policy. “The market is underestimating the risk of inflation that could come about in the second half of 2021. That is the biggest risk to the midcap outperformance,” says Sunil Damania, chief investment officer at marketsmojo.com. A small rise in interest rates could diminish foreign inflows and derail the midcap outperformance. Minus that, the skies look clear for smaller businesses. - Samar Srivastava 3. Will consumer spending ebb? As India went under a lockdown, many consumer-facing industries, especially retail, had to bear the brunt. The GDP for the first quarter contracted by 23.9 percent, and 7.5 percent in the second quarter, compared to the same period last year. The contraction of economy, and job losses across skilled and unskilled workforce forced people to spend less towards discretionary expenses. But there’s a silver lining. Some companies are witnessing higher sales than expected. Shreevar Kheruka, managing director at Borosil, says while the first quarter was a washout, things have improved since then. “We are astounded by how sales have grown since the first quarter. Maybe it was pent-up demand, but till Diwali, and post that too, demand has been quite strong,” he says. Analysts expect most staple products to record growth in high single-digit to low teens, led by stronger performance in rural markets. Abhimanyu Sofat, head of research at IIFL Securities, says work from home has led to improved savings for some people, which may lead to demand for real estate and consumer durables. “With a reduction in pent-up demand, there is a softness in consumption in the past couple of weeks post the festive season. Rebound in old economy sectors may lead to a revival in disposable income, leading to a recovery in 2021,” adds Sofat. Ratings agencies have now revised projections, but economists say the virus’s new strain can impact growth. - Pooja Sarkar 4. Will the vaccine ensure return to normalcy? 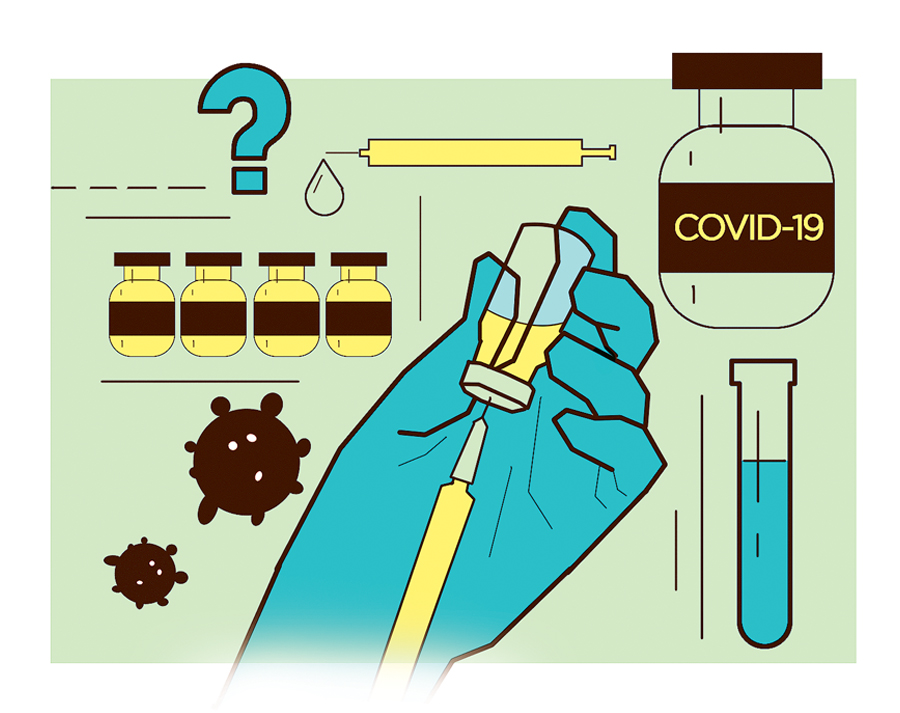 With India’s caseload crossing 10 million in December, and concerns over the mutant strain on the rise, a vaccine is certainly a big ray of hope. India plans to begin vaccination early in 2021. While the government is yet to finalise what vaccine it’ll use—options range from Oxford-AstraZeneca’s Covishield to Bharat Biotech’s Covaxin—we may not return to the old normal by the end of 2021. That’s because, to begin with, vaccinating such a large populace requires time. “A return to normalcy won’t happen anytime in 2021,” says Madan Sabnavis, chief economist at Care Ratings, a credit rating agency. “Vaccinating everybody will take a long time… a year or two. Besides, the way we do business has changed, especially since technology has managed to preserve and sustain businesses during the crisis.” That means the service sector is likely to undergo serious shifts, and categories such as travel and entertainment will see disruptions. “We have found alternatives in categories such as travel and entertainment among others,” adds Sabnavis. “People’s preferences have changed. However, manufacturing will see growth.” Nomura, the research and brokerage house, expects the economy to grow at 9.9 percent in 2021, nearly a percent more than China and over two percent more than Singapore. Even the central bank has revised its estimate for growth at -7.5 percent in the year ending March 31, from its earlier forecast of -9.5 percent. “While 2021 looks promising, and we could see up to 9 percent growth, it is unlikely that it will sustain for a few years after that,” says Pravakar Sahoo, professor of economics at the Institute of Economic Growth, Delhi University. “By the end of fiscal 2022, we will go back to where we were at the end of 2019, which means that we have lost two years. The pandemic has put a strain on the economy, as is evident from fiscal deficit, low tax collections, lower credit growth and disruptions to supply.” In December, Adar Poonawalla, CEO of the Serum Institute of India, which plans to roll out the Oxford-AstraZeneca vaccine, said he expects the country to return to normalcy by October, if vaccinations begin in January. “It took 20 years to roll out the polio vaccine,” says Viren Shetty, chief operating officer of Bengaluru-based Narayana Health. “A countrywide Covid vaccination may not happen in a year. A mask is the best vaccine at the moment.” - Manu Balachandran 5. Will telecom tariffs move up? The three-way telecom war in India is expected to hot up as operators look at ways to hike tariffs. As more people work from home and schools depend on online classes, personal consumption of data has been more than ever before. A report from ratings agency ICRA on December 23 says another round of tariff hikes is on the cards, which is expected to drive FY22 revenue growth for telecom firms. Further, the high operating leverage is likely to result in improvement in profitability as well. Tariff hikes in December 2019 and upgradation of subscribers had resulted in revenue growth in FY21. Vodafone Idea recently raised tariffs for some of its postpaid plans.  The ICRA report says, “Tariff hikes and migration to 4G services are expected to result in revenue growth of around 13 percent for FY22, following an 11 percent growth in FY21... operating margin is expected to expand to 37.5 percent for this financial year.” According to a report by Emkay Securities, even BSNL has been witnessing an increase in its broadband subscriber base. For October, it saw the highest growth of 6.4 percent month-on-month basis. Bharti Airtel added 4.2 million while Reliance Jio added 2.2 million subscribers. Vodafone’s average revenue per user was at `114 for the June-ended quarter compared to `157 for Bharti Airtel and `140.3 for Reliance Jio. Jio, Airtel and Vodafone have, in the past two months, revamped some of their existing tariff plans and introduced new ones. In December 2019, a 25 percent rise in tariffs resulted in a 20 percent rise in Ebitda for Vodafone Idea. ICRA expects total industry debt to remain elevated at `4.7 lakh crore as on March 31, 2022. - Pooja Sarkar

Tweets by @forbes_india
Forbes India 2020 Rewind: Our top 10 stories you loved
Photo of the Day: India wins in Australia