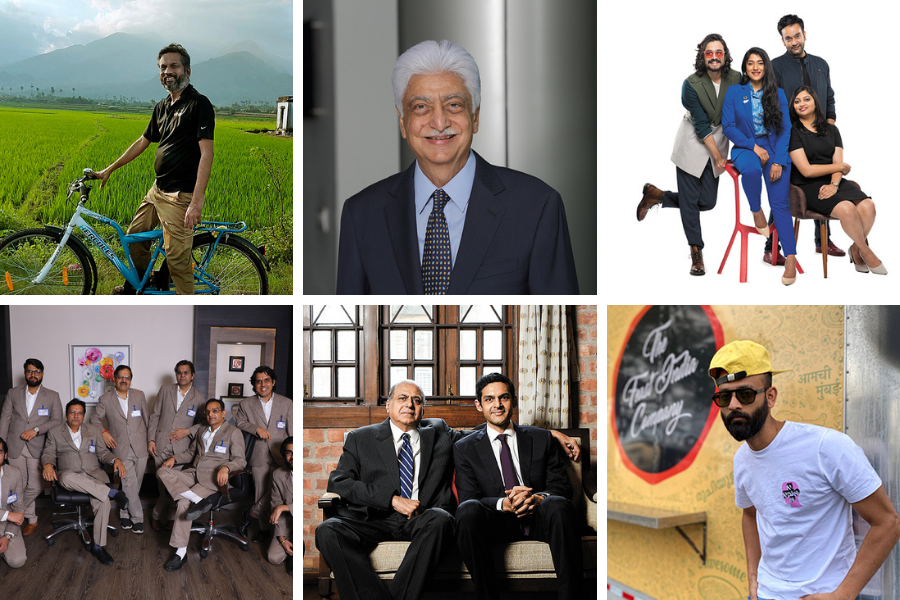 Forbes India’s top 10 most-read stories are a mixed bag. Our cover story on Zoho’s Sridhar Vembu and his ‘work from village’ mantra, that we explored at a time urban professionals were moving back to their homes in small towns and villages amid the Covid-19 national lockdown, gives a new meaning to work from home. Our story on WhiteHat Jr’s censorship of dissent and criticism was widely read and started a discourse on corporate censorship. Check out the full list of the top 10 stories: 1. Cover story: Sridhar Vembu's vision from the village
By Naandika Tripathi Zoho Corp founder and CEO Sridhar Vembu moved to a village in Tenkasi district in Chennai from the Bay Area in San Jose and Pleasanton in October 2019. In this story, Vembu delves into his daily routine in the village which includes swimming in the well, encountering snakes on his daily evening walks, and running Zoho Corp from the village. He also opens up on his plans to set up more offices in rural areas and his views on entering politics. Currently, Zoho has two rural offices, with 500 of its 9,300 employees globally working out of these; the plan is to have many more of its 8,800 India-based employees working out of non-urban India. To find out why, read more here: Cover story: Sridhar Vembu's vision from the village
2. WhiteHat Jr and the curious case of disappearing dissent By Pankti Mehta In this story, Pankti Mehta investigates how multiple people who have criticised the kids coding startup's methods or marketing campaigns have found their posts swiftly wiped off the internet. One of them pointed out how WhiteHat Jr, an ed-tech startup that has coding courses for children as young as six, advertises a certain child called ‘Wolf Gupta’, who, after learning to code with the firm, got a job at Google that pays in crores. It was pointed out that Wolf Gupta’s age keeps changing across advertisements, from nine to 14, as does his salary package—from Rs1.2 crore to Rs20 crore to Rs150 crore. Find out more about corporate censorship and need for transparency in content moderation: WhiteHat Jr and the curious case of disappearing dissent 3. 30 Under 30: The young, relentless achievers of 2020 By Forbes India team Forbes India 30 Under 30 is our favourite list to work on. It gives us hope, and recharges us—regardless of our age—to do better. Our list—in photos—of our relentless achievers of 2020 includes our most promising entrepreneurs, professionals, performers, artists and disruptors from across India, broken up into 17 categories. The 2021 Class of 30 under 30 will be out soon. Stay tuned, and till then check out our 2020 class of achievers  30 Under 30: The young, relentless achievers of 2020 4. Inside Puma's sprint past Adidas in India
By Rajiv Singh Puma India’s MD, Abhishek Ganguly shares the story of taking the brand from ₹22 crore in 2006 to ₹1,413 crore in 2019. From being shunned by multi-brand retail stores to being mocked at by big-pocket offline retailers who used to dictate terms to foreign brands, to struggling to find ‘cheaper’ space to open stores, Puma has seen it all in India. Despite the challenges, Ganguly ensured that the brand grew, and today the Big Cat is bigger than its global arch-rival, Adidas. Find out more here: Inside Puma's sprint past Adidas in India 5. India's Richest: Meet the ice cream billionaire
By Manu Balachandran RG Chandramogan, chairman and managing director of Chennai-based Hatsun Agro Products, India’s largest private sector dairy company—made his debut in 2020 Forbes India Rich List. Chandramogan began his journey at 21 as an ice-cream maker in 1970. In 1995, the company decided to foray into the dairy business. Over the next 10 years, Hatsun focussed on its dairy business, which came at the cost of its ice cream business. Today, it procures milk through its network of nearly 10,000 Hatsun Milk Banks. The company also claims to be the world’s first dairy company to develop and use thermal battery-based technology in its Bulk Milk Coolers for chilling milk immediately after procurement. Find out how Chandramogan’s entered the billionaires’ club, here: India's Richest: Meet the ice cream billionaire

8. They built a coaching empire in Kota. Next, a global makeover
By Rajiv Singh After Allen Career Institute lost some of the best medical teaching faculty to a rival institute in 2008, students refused to take classes by new teachers. The Maheshwari brothers—Rajesh, Govind, Naveen and Brajesh—were in a fix. Total revenue in 2008 stood at ₹82 crore, and over 12,000 students were enrolled across four study centres in Kota, Rajasthan. The lockdown, could have been a major crisis for offline-heavy Allen. However, the second generation—Aviral, Anand and Keshav—had kept themselves busy by giving the business a tech makeover since 2014. By April, 80,000 students who had enrolled for offline classes were shifted to online. Over the next two months, 20,000 more went online. Read more about how Allen got its global makeover: They built a coaching empire in Kota. Next, a global makeover
9. Meet the Kolkata family behind the world's finest teas
By Jasodhara Banerjee The Luxmi Group was started by PC Chatterjee in 1912, as an act of defiance against British colonial rule. The aim was to make tea a tool in the Satyagraha movement. Forty-three-year-old, now managing director, Rudra Chatterjee is the third generation of the family to be part of the Luxmi Group, which has now expanded to include 25 estates, produce 30 million kg of tea every year, and employ a workforce of 30,000 people. Along the way, the group has grown from being a tea-producer to becoming a world leader in hand-woven carpets, and, more recently, the maker of fine wooden furniture. Read more about how the company manages three very different business and its expansion plans for each one of them: Meet the Kolkata family behind the world's finest teas
10. YouTube star Nikunj Lotia's long road to success
By Kunal Purandare From modest beginnings in Mumbai's Dombivli, Nikunj Lotia now has more than 3.65 million followers on his YouTube channel ‘Be YouNick’. At a fan meet in Los Angeles, he met with a fellow Dombivli native—a chef who was toying with the idea of starting an Indian food truck in the US and Lotia decided to invest in it. The food truck called the Feast India Company, parks at a designated spot in San Francisco six days a week, dishing up Maharashtrian food—think vada pav, missal pav, chai and chaas. Given that the food truck was a hit, there were plans to expand the business, had it not been for Coronavirus outbreak. Read more about Lotia's journey to becoming the only digital creator from India at VidCon 2019, an annual summit of social media stars in California: YouTube star Nikunj Lotia's long road to success
For more long-form reporting on all things business and billionaires, log on to www.forbesindia.com

Tweets by @forbes_india
Mission Walk: Hope for neurologically disabled in India
2021: 5 questions you should ask before the New Year