Why philanthropy needs to include a climate lens 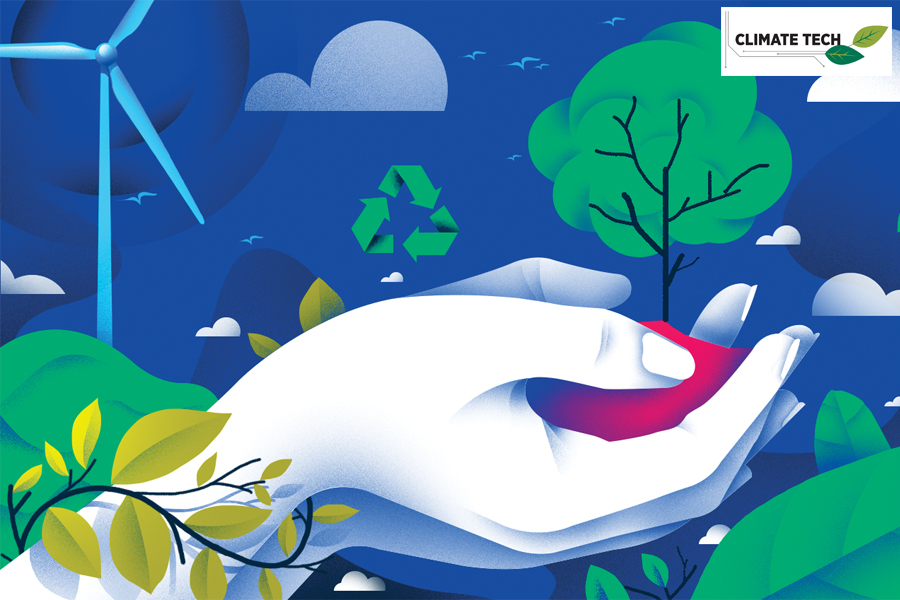 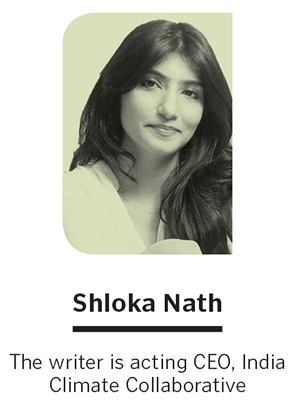 Sometime last year, we were introduced to a young girl named Mayurika, who works with an organisation called Mahila Housing Trust (MHT), a partner of the India Climate Collaborative. Mayurika lives in a low-income housing area in Rajiv Nagar, Ahmedabad. Ahmedabad is extremely hot, and poorly ventilated shanties—built with tarpaulin and corrugated metal sheets—are even more vulnerable to heat.

Mayurika knew climate change would lead to soaring temperatures, which would impact the women in her community. So about seven years ago, she started working with MHT to build resilience to climate impacts in slum communities. One of the interventions is called ‘cool roofs’, which uses materials like thermocol and reflective paint to reduce heat stress.

There are millions of people, just like Mayurika, in communities and organisations around the world who are working to solve the climate crisis. They are building resilience to climate shocks, providing clean, renewable energy to their communities, protecting and restoring natural ecosystems, and transitioning farms to regenerative agricultural practices. They are doing all this work with limited resources, sometimes against seemingly insurmountable odds. These communities and solutions need our support today.

While philanthropic funding may seem insignificant in comparison to larger pools of private and public finance, it is uniquely placed to support communities and individuals like Mayurika—and in the words of one of our founding members, Rohini Nilekani—“distribute the ability to solve”. It is flexible enough to be spent on a variety of interventions—from roadmaps and research to on-ground implementation—and isn’t regulated by as many constraints as public capital. It doesn’t require a financial return on investment, unlike private capital; and is inherently compassionate, prioritising the well-being of communities and biodiversity.

So where does the Indian philanthropic ecosystem stand on climate action? Indian foundations and corporate social responsibility (CSR) engage with sectors that are climate-aligned—such as agriculture, water, and livelihoods—although not always with a climate lens. Climate change, as a phenomenon, is cross-cutting: It has impacts across sectors, ranging from health to gender equity. Hence, certain solutions for climate change, especially those that relate to adaptation are aligned with the existing work of Indian philanthropic portfolios.

Corporates are ramping up their commitments to climate action; as of 2019, India had the fifth-largest number of corporates committed to Science-Based Targets (SBTs) to reduce greenhouse gas emissions globally. These commitments are also translating into their CSR strategy; according to the ICC’s analysis of the top 10 private CSRs, spending on climate-adjacent sectors has grown faster than other sectors since 2014-15. Domestic foundation philanthropy is also beginning to consider climate adjacencies in their programmes. For example, the Tata Trusts’ Lakhpati Kisan initiative is integrating practices to reduce on-farm emissions and build climate resilience for smallholder farmers.

We are also seeing a new wave of philanthropists emerge from the recent boom in technology unicorns. This has led to growing support for innovation-focussed, early-stage startups with the potential for significant climate impact. For example, ACT Grants, a volunteer-led initiative by entrepreneurs and venture capital funds, is raising about ₹500 crore in seed capital for solutions to problems in multiple sectors, including the environment. The Kamath brothers, founders of brokerage firm Zerodha, have launched the Rainmatter Foundation, committing $100 million over the next few years to fund entrepreneurs and organisations working on climate solutions.

Despite this positive trend in climate philanthropy, we are a long way from matching up to the scale and urgency of the crisis. CSR, which faces more regulatory barriers than private philanthropy, has an important role to play in investing in climate-aware projects across focus areas like agriculture and water. Currently, CSR’s conception of climate remains siloed—in many cases to projects like tree plantations, which are often implemented incorrectly. While increasing green cover is critical, doing so without considering local communities and ecosystems can have unintended outcomes like monocultures, invasive species, and impacts on community rights. Instead, climate action should be seen as a lens to improve community-based projects on climate-resilient agriculture, nature-based solutions, decentralised renewable energy access, and others. It’s also critical for these projects to integrate data-informed planning, to build long-term resilience against present and future climate risks.

Domestic foundation philanthropy, on the other hand, is more flexible, but is focussed on service delivery, as opposed to knowledge creation, such as roadmaps and data-based tools. An example of this is the Council on Energy, Environment, and Water’s Climate Vulnerability Index which offers district-level data on climate risks to inform planning and decision-making by governments, businesses, and community organisations. This information is critical, given that India lost $79.5 billion to climate-related disasters over the past 20 years. Risk-informed planning for disaster management and resilient infrastructure can play an important role in reducing both economic losses and the loss of lives. Thus, domestic philanthropy has a significant role to play in filling data gaps, building capacity of on-ground organisations to respond to climate impacts, and playing a more catalytic role in the climate ecosystem.

Climate change is a complex problem; no one player can solve for it. We need philanthropy to bring a climate lens to existing investments, as well as invest in climate solutions that fall outside their portfolios. But this alone will not be enough; there are myriad approaches, geographies, and sectors that need attention and resources. To solve for all of these in the timeframe we have, we need to work together—to learn from each other, to fill each other’s shortfalls, and to inspire each other. We have seen international philanthropy do this—create spaces to strategise together, to work fast and better—and we have seen its potential. The future holds a challenge; we invite India’s leaders to rise to it.

(With inputs from Isha Chawla)

Tweets by @forbesindia
Who is crafting the Green New Deal?
Coinbase is extending its hiring freeze indefinitely