Who is crafting the Green New Deal?

Climate issues will rise to the top of the political agenda if they help win elections. And all of us will have to figure out a way to influence it, Anshuman Bapna, the cofounder and CEO of Terra.do, writes 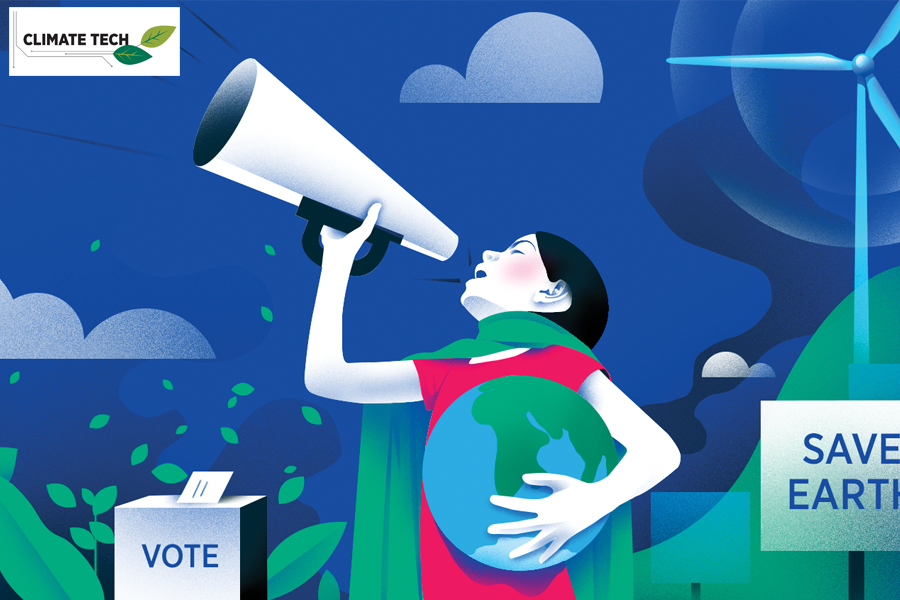 Which individual or political party could be India’s green party? In the meantime, technology innovation has to make the politics of climate easier. Illustration: Sameer Pawar 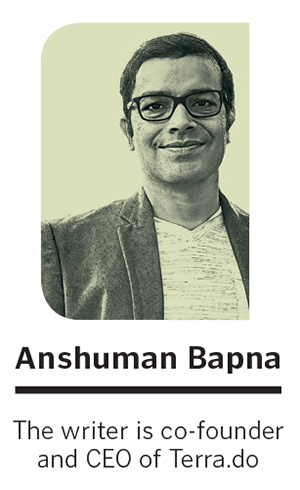 There is a strange mix of hope and frustration among my friends in the climate space in India. The entrepreneurs among them look longingly at the mountains of capital flowing into climate ventures in the US, but not to India. Investors look at the pathbreaking deep tech coming out of labs in the West, but fret at the quality of the “deal flow” here. And that gives them pause as they decide if they should raise a dedicated climate fund. Away from this hurly burly, graduates from the nascent climate and sustainability programmes in the country have to squint hard to find climate companies to employ them.

Then there are our children. They are hyper-aware about the crisis, but also feel an increasing sense of despondency about the ability of us adults to do something about it. Worse, this frustration can’t even find expression in activism on the streets without risking jail time.

So the question on everyone’s mind: Apna time kab aayega? [When will our time come?]
There are no easy answers, but one thing is undeniable. Ultimately, climate is politics. Climate issues, including adaptation, will rise to the top of the political agenda if they help win elections. And all of us will have to figure out a way to influence it.

So how do we get there? There are some instructive lessons from the US.

In a short span of four years, the country went from electing Donald Trump (climate denier-in-chief) as president to having both political parties argue about whose “Green New Deal” was better. That’s an astonishing change that happened almost overnight. And like all overnight success stories, this one was many years in the making too.

First, it showed that we need a simple, clear political message that ties climate action to something else we value hugely as a society.

In the US, the Green New Deal’s brilliance was in identifying that that issue could be jobs. For India, I wish it was jobs too (and God, we need them!). But it could also be an appeal to nationalism: Become a “Clean Energy Superpower” as Mr [Mukesh] Ambani says. Or a harking back to our civilisational glory: How sustainable we used to be once and how there’s a Wakanda-style solarpunk world in our future. Or national security: Given everything that’s happening with the Russia-Ukraine crisis.

Who’s crafting the Green New Deal for India? Next, you need a political entrepreneur to bet their career on it. In the US, the 28-year old Congresswoman Alexandria-Ocasio Cortez became the face of the incredible grassroots energy that Sunrise Movement brought and the hard work that a few young policymakers had put in.

Which individual or political party could be India’s green party? In the meantime, technology innovation has to make the politics of climate easier. Renewables are a great success story here. In the last decade, the dramatic reduction in costs allowed policymakers to focus on removing hurdles to deployment instead of worrying about providing subsidies that addressed the “green premium”.

And there’s still a ton of innovation to be done. We have massive climate problems that are unique to us and will require made-in-India solutions that are affordable, rugged and scalable. Case in point: Refrigerants.

India’s air-conditioner (AC) ownership is a mere 7 percent compared to 90 percent for the US. And with the unrelenting heatwaves, ACs are expected to increase by 40x over the next 30 years. Current models emit a lot of greenhouse gases, and India urgently needs innovation that can cool a billion of us while not heating the planet.

As it turns out, there’s a powerful example here of mixing private sector innovation with the distribution muscle of the government—the Global Cooling Prize. This $3 million challenge is modelled along the lines of the XPrize and is run by a partnership between the Rocky Mountain Institute and the Department of Science & Technology. The finalists include global giants like Daikin but also homegrown champions like Godrej, universities like IIT-Bombay, and startups.

We need many more examples of catalytic mashups like this that involve government as a first-rate participant.

Philanthropy has a critical role to play even in places where government is missing. The US was lucky in having the government-run SBIR grants put in billions of dollars over decades into climate solutions research and development. Such non-dilutive, patient capital is in short supply in India. Philanthropies like Rohini Nilekani Philanthropies and Rainmatter Foundation are doing pioneering work here, and more should follow their lead to fill in this massive gap.

And finally, civic society. That is, you and me. Here, it’s useful to remember another dictum from American democracy, that “all politics is local”. For an issue that’s as global as it gets, it can get hard to visualise what that means at the local resident welfare association, council or municipality level. Here, a good example is what Air Pollution Action Group (A-PAG) run by Ashish Dhawan (ex-Chrys Capital) is trying to do. In their words: “Our view is that air pollution does not get the political focus it merits because politicians aren’t convinced that this issue is important to citizens. Further, government needs support to help implement measures to combat this menace.” That’s why A-PAG creates citizen engagement on the issue, while simultaneously helping government build implementation capacity on the ground. That’s smart.

As they say, politics is the art of the possible. It is the practice of pragmatism, and not just idealism. Similarly, climate solutions need to balance profit with purpose, scalability with equity and growth with thriving. For too long, those of us outside politics have kept our distance. It is time to recognise that climate is politics, and to re-engage.