Armed with a cool tool, 26-year-old Abhishek Humbad's NextGen is making the most of corporate India's journey into greater sustainability 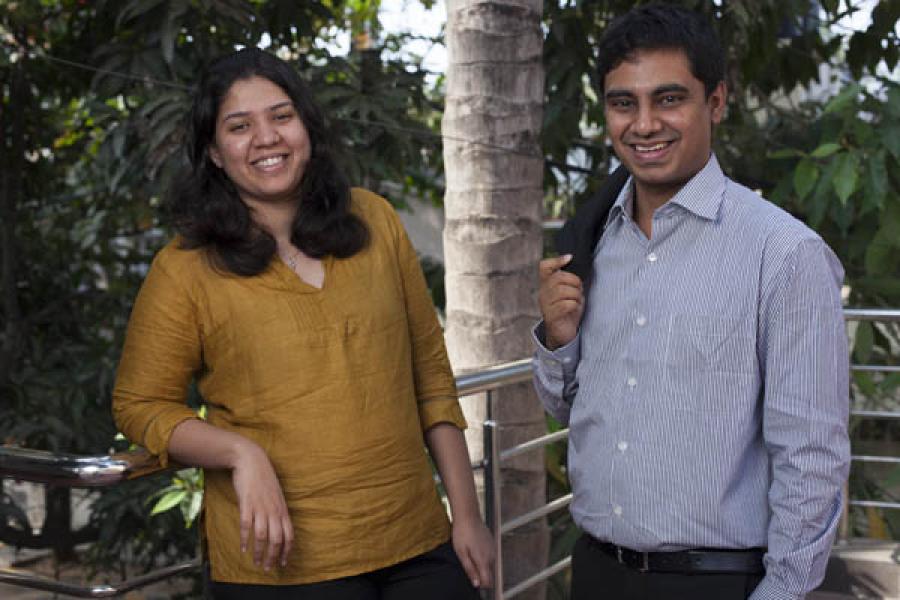 Abhishek Humbad carries a picture in his wallet. It’s a class photo, he says, that reminds him of what he was. The picture is not that of his graduating class at BITS-Pilani, where he studied electronics and electrical engineering; nor is it of his batch from IIM-Bangalore, where he sharpened his entrepreneurial skills. It is from Class XII, a time when he was a shy introvert who was driven by the idea that he’d do well if he studied well.

He wasn’t far off the mark. Humbad’s student life has, in many ways, shaped his career and life so far: As a fourth-year engineering student at Pilani, he founded and registered his company NextGen PMS.

The idea for this business came from the triple bottom line concept which encourages corporations to think not merely in terms of profits, but also the two other Ps—the planet and people. NextGen was formed on the premise that it would help companies measure the non-profit aspects of their operations—for example, their carbon footprint, energy consumption and sustainability efforts. Once measured, these parameters could be improved with various interventions.

Twenty-one at the time, Humbad was uncertain about many things but he was sure of this: He didn’t want to work for anyone. But then, at a business plan competition, he met a student from NIT Jaipur, Richa Bajpai, who had similar ideas. The two have been together since, leading NextGen as co-founders on its impressive entrepreneurial journey.

What started as a small venture incubated at BITS-Pilani is now among India’s fastest growing companies in the cleantech and sustainability space. NextGen operates in six countries with top corporates as clients. The 50-member team is drawn from the best universities across the globe.

NextGen’s first client was Intel India; the chip-maker was keen on measuring its carbon impact. Business grew as Humbad and his team started expanding to other areas: They even worked on water with Jalgaon-based drip irrigation manufacturer Jain Irrigation. “We built capacity slowly to help companies design their sustainability strategies and renewable energy policies,” says Humbad.

But consultancy by itself has a limited scope for revenue generation. In this context, NextGen’s first breakthrough came while working with Bangalore-based IT client, consulting firm Mindtree. Both soon realised that the effort could be a lot more effective if they had a tool. Mindtree soon moved from being a client to a partner and helped design a carbon management tool which, today, is being used by NextGen customers across sectors and geographies. The software product, called P3, has built-in modules and the capability to help clients measure most of their non-financial parameters.

The second, more recent, step-jump for NextGen’s fortunes was the government’s new CSR policy (finalised late last year). The Companies Law mandates all Indian corporations earning over Rs 5 crore profit to invest 2 percent of their profit before tax in CSR activity. “This has opened up a big market. Roughly 18,000 companies fall under this bracket,” says Humbad.

For Humbad and NextGen, this is a huge opportunity. He has reached out to nearly 1,000 companies, and started operations in London, Dubai and Colombo. He is working with the ministry of corporate affairs to develop a database of implementation agencies and NGOs, which help execute the activities on the ground. Business is good. Revenues in 2013-14 are expected to be about $1 million (Rs 6 crore), but Humbad claims the pipeline is robust and they will rapidly scale up to $8 million (Rs 48 crore) in the next fiscal.

At the crux, NextGen helps companies re-look at their existing CSR strategies, measure their impact and figure ways to tweak them to improve effectiveness. Humbad cites the example of insurance company HDFC Life. Much of the CSR was earlier focussed on supporting primary education at primary schools. After some deliberation, this was changed to working on skill development for older students. The company has since begun to train dozens of educated but unemployed rural youth to sell insurance. This gave them a ready cadre of trained people ready to sell their products in smaller towns. “The concept of shared value flies with everyone,” says Humbad. If they can see benefits, the effort is more sustainable.

Commenting on how Indian corporations are changing their outlook towards CSR, Dr Avinash Patkar, head of sustainability at Tata Power, says: “It is no longer just philanthropy. The motives of profitability and sustainability are now intertwined. Only when there is profit do people want to spend on CSR.” Humbad is very clear that his own venture is not social entrepreneurship, but for profit. He says he is competing with the big-league consulting companies, but has the advantage of being on the scene and addressing the market before them. His grand plan is for NextGen to be the global hub for outsourced CSR.

The potential is massive: Recent reports say companies will have to scale up their CSR significantly (even 10 to 20 times) to meet the new law. This is especially true for highly profitable IT companies and banks.

For all its success as a sustainability advisory, NextGen has got most of its public attention for its clean energy business. In 2010, it developed and patented technology to generate methane from decomposing bio-mass. The idea was to bottle the gas as CNG (compressed natural gas) and use it to generate power.

When they signed up to supply power to TIPA (the Tower Infrastructure Providers Association), an agency that oversees 4 lakh mobile towers in India, the event got significant attention from the cleantech community globally. It was a great start. Interviews, awards and television shows followed.

Sadly, the ground realities turned out to be different.

Humbad now operates a loss-making venture to supply power to 50 telecom towers at Mahbubnagar in Andhra Pradesh. He also has bio-CNG plants at Bundelkhand and in the West Godavari district. The constraints he faces are at the local level. Issues of governance and the relationship with partners, police, villagers and even the diesel mafia have bogged the company down. NextGen has been unable to supply power to the extent needed and, in turn, not succeeded in monetising the deal.

But Humbad isn’t downcast. He points out that his bio-CNG venture is still a great plan with good potential. He says there are no government rules for selling gas generated from bio-mass. It will take a step-function jump to move ahead with it. “To make it work, we will have to scale up and invest much more. The consultancy business is our cash generator,’’ he says. It’s only a matter of time, adds the young man with a green dream.