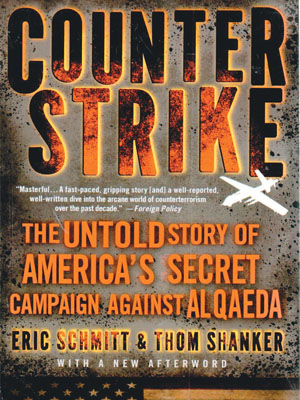 It’s been 11 years since the most audacious terrorist attack in modern history took place. When the terrorists flew those planes into the twin towers of the World Trade Center, and brought them down, terrorism returned to the foreign policy agenda of all countries. The country that was directly affected by the events of September 11, 2001—the United States—changed forever.

Though the CIA and the US intelligence had been tracking Al-Qaeda—the group behind 9/11—the US administration had been ambivalent about tackling the threat. Part of the problem, if one can call it that, was the nature of the terrorist organisation. It was a threat without a geographical address. Yes, a majority of them were holed up in the tribal areas of Pakistan and Afghanistan, but many of Al-Qaeda operatives were often devout, well-educated guys living peaceful lives in Western cities.

One example shows how ill-prepared the US was to handle such terrorist attacks. Ahmed Shah Massoud (Lion of Panjshir), the Afghan warlord and head of Northern Alliance, had repeatedly warned the CIA that Al-Qaeda was planning something big. His last major intelligence tip-off came on August 30, 2001, when he said that Al-Qaeda was heading deep into the hills of Afghanistan. This, Massoud said, was a sign that something spectacular was about to be executed on American soil. He even said this “spectacle” would involve aviation and hijackings.

This was his ominous warning to the CIA operative who was his contact: “If they [Al-Qaeda] get me you know they are coming.”

Massoud was killed in a suicide bombing on September 9, 2001, but the US intelligence could not act on his intelligence, because they thought it was too “vague”. They did not have operatives on the ground—human intelligence or HUMINT—to validate this.

After the attack in 2001, no major terrorist strike has occurred on US soil. Eric Schmitt and Tom Shanker’s book Counterstrike does a fine job of putting together the changes that the US made in its doctrine against terrorism, collecting ground level intelligence, using technology to locate and kill terrorists.

Perhaps the biggest change in the US intelligence framework was to move away from the Cold War concept of deterrence. The Russians had cities and populations they held dear. Hence they would not launch a lethal strike for the fear of retaliation. With Al-Qaeda and their ilk, this was never an issue. They care only about the ideology, and the terror. They have no allegiance to any geography or people.

The second big change has been to consider ‘targeting’ (locating the terrorist network) as the key element in the battle. In the conventional approach, finding the enemy is easy but fighting him is difficult. With terrorist networks, finding them is difficult: Osama Bin Laden was living in a quiet Pakistan neighbourhood, as was Khalid Sheikh Mohammed, the 9/11 plotter. CIA and the National Center for Counterterrorism have hundreds of analysts who have become very good at using the internet, telephone and email intercepts to pinpoint the location of a terrorist. Apart from these, there is torture, and strong-arm tactics, that the US has liberally used to get useful intelligence. But the biggest battle—the one  against the idea of everything the West stands for—is not over.

Tweets by @forbesindia
Are Investors Wrong in Assuming the Worst is Over?
The Expanding World of Drugs