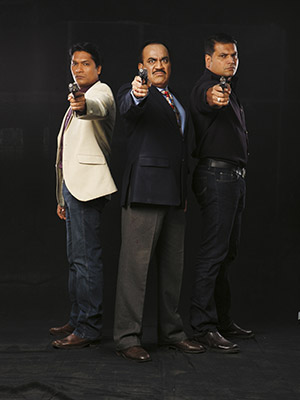 Storytelling is not an easy job. Scheherazade did it for 1,001 nights, regaling King Shahryar with tales of djinns, flying carpets, and forty thieves. Aesop and his fables taught life lessons to its readers. Jataka Tales did the same. Now, BP Singh is no Aesop or Scheherazade. Not by a long shot. His stories always involve death. Yet, millions of Indians wait for his stories to play out on their TV screens three nights a week on Sony. His characters—ACP Pradyuman, senior inspectors Abhijeet and Daya, forensic expert Dr Salunkhe, and a host of others—have attained cult status. CID, the show on which all of them ply their trade, is India’s longest running TV show and is currently into its 15th year.

“Seven cops and one dead body. That’s the basic premise of the show,” says Singh. “All our episodes are based around this fact,” he says. All 800-odd episodes. That’s a huge number by any yardstick. Created by Singh’s Fireworks Production, CID has consistently notched up one of the highest TRPs since 1998. TAM data since 2006 shows that the serial dropped below 2 just once, 1.98 in 2007. In 2012, it averages 3.98.

To give some perspective, a show that hits a TRP of 1 is considered a hit. The only other show that beats CID on Sony is Kaun Banega Crorepati.

From 2006-2008, CID was Sony’s bread and butter. It was the only show on the channel to draw viewers in large numbers. After Sony got the IPL, CID falls to number two in the pecking order for three months in a year. It’s the number one syndicated show in the country with top rankings in Telugu, Tamil and Bengali. Sony and Singh will have launched ‘CID Kolkata Bureau’ by the time this article is printed. “Sony has not stopped marketing CID even for a little while. They’ve played it very smartly and have ensured that they keep innovating,” says Mona Jain, CEO, Vivaki Exchange, the consolidated media buying arm of Starcom MediaVest Group, Zenith Optimedia, Solutions India and Digitas India. Today, it is very difficult for any one to buy ad spots on Sony without booking space on CID.

While it’s difficult to put a figure on the kind of money CID has earned Sony over the years, a back-of-the-envelope calculation shows that the figures could be anywhere between Rs 50 crore to Rs 100 crore on a conservative estimate.

To any sane mind, CID shouldn’t be getting such numbers. Everything stacks up against it: The show deals with a morbid subject, some of the plots are laughable, the production quality isn’t as good as it could be, and the characters are very predictable. In an age obsessed with sex, the show is entirely devoid of it and there is no melodrama, a staple of successful Indian soaps since 1999.

Or maybe it is precisely because of the above reasons that CID is a huge hit. It brings an old world charm to a new generation. Though the show deals in death, there’s barely any violence. Also, it has consciously kept away from religion by not giving any of its characters surnames. “A large part of our audience comprises fathers and sons. A lot of women watch it too. There is no point in a show where anyone is going to feel awkward,” he says.

The strategy to keep it a ‘family show’ has clicked. Even wild horses can’t keep Harsh D, a 10-year-old from Mumbai’s Walkeshwar, and his sexagenarian grandfather away from the show. “I watch it with my dadu and, during summers, we catch all the reruns too. ACP sir is cool, my dadu is just like him. I also like Daya. He breaks doors,” Harsh said.

A lot of CID’s success rests on the broad shoulders of Shivaji Satam, who plays ACP Pradyuman. In the world of TV heroes, he’s a mix of Superman, Thor and Batman. Satam has been part of the show since its inception. He’s carried costumes and props on the back of a Lambretta scooter during the early days of the show. He’s accepted every challenge thrown at the cast by Singh and come out with flying colours. He’s shot in knee-high snow, in scorching heat, and has done an 111-minute episode without a single cut. “CID is a fantasy show,” he says. “But people relate to the characters and that’s why they watch them.” 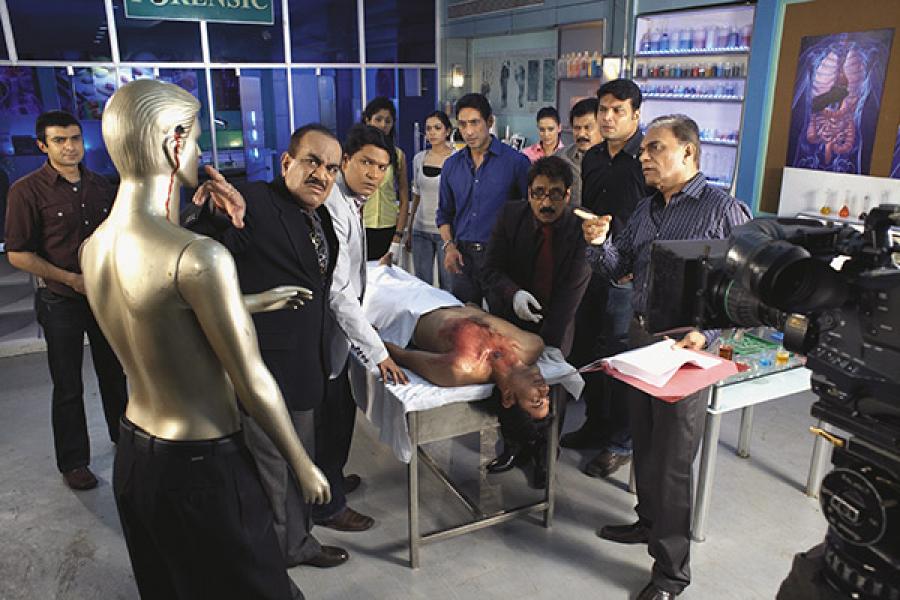 Anil Wanwari, founder of IndianTelevision.com (a portal that analyses everything on Indian TV) says another factor that works in favour of the show is that no other channel has a show like it. “It’s not easy to operate in this genre. You need to have knowledge of crime, the police force, forensic and specialised skills,” he says. Zee TV had India’s Most Wanted, but the show had a lot of shouting and little else. There were other sub-genres in Hindi news channels who recreated crime scenes but they went for sensationalism and never really took off.

Where CID scores over other attempts is that it doesn’t take itself too seriously. “We come out with what we call believable nonsense,” says Singh. He recounts an episode where a person’s brain was cut out from the back of his head. “You may later laugh at it. But for that five minutes, it is so engrossing that you don’t mind it,” he says.

That believable nonsense is a virtual spawning ground for outlandish ideas and outlandish people. Some of the biggest names in the Indian film industry have an association with CID—Ashutosh Gowariker, Sridhar and Sriram Raghavan, Rajat Kapoor and Ashwini Kalsekar to name a few. “Ashu was a cop with us. He was writing Lagaan at that time. He told us, ‘If it flops, I am coming back,’” he says. Sridhar Raghavan (screenplay for Bluffmaster, Deewar and Khakee) wrote CID episodes between 2001 and 2006. His brother Sriram (Ek Haseena Thi, Johnny Gaddar and Agent Vinod) worked on CID from 2000-2006. Rajat Kapoor acted in a couple of episodes in the mid-2000s. Kalsekar was part of the CID squad from 1999-2004.

One hindrance the serial has always faced is budget. For a show that has brought Sony tonnes of money, it is a mystery why the company doesn’t pour more money into the show. When asked about finances, Singh clams up or gives vague answers. A little investigation by Forbes India found out that when the show debuted, it had a budget of Rs 2 lakh an episode. Fifteen years later, it’s Rs 5 lakh, a pittance compared to the Rs 11 lakh-15 lakh that popular TV shows budget for. Singh can’t leave. Sony owns CID, if he leaves, he relinquishes right over the show he created. Repeated calls to Sony’s spokesperson went unanswered.

CID is the perfect show that lends itself to franchising. “Comic books, tiffin boxes, a movie, the potential is enormous,” says Wanwari. “Someone just needs to tap into it.” YouTube spoofs, Facebook fan pages (over a million fans) and internet memes are ample proof of its cult status. “I have sometimes taken jokes from the internet and inserted them into the show,” Singh laughs.

It’s unlikely though that the current cast and crew will disband anytime soon. Most of them have been together for ages. Even editors, technicians and support staff have been with the show for an average of five years. Singh doesn’t think about the problems of people leaving. A major concern for him is how to keep the show on the road—literally. “We shoot outdoors all the time. We have shot high-speed chase sequences in Mumbai, shot among thousands of people, shot in difficult terrain,” he says. Not anymore. There’s too much traffic in Mumbai. And the popularity of the cast means they are mobbed every time they step out. And then there’s the problem of technology. “Technology gives answers. We are a mystery show. If the answers come to us through technology what will my detectives do?” he says.