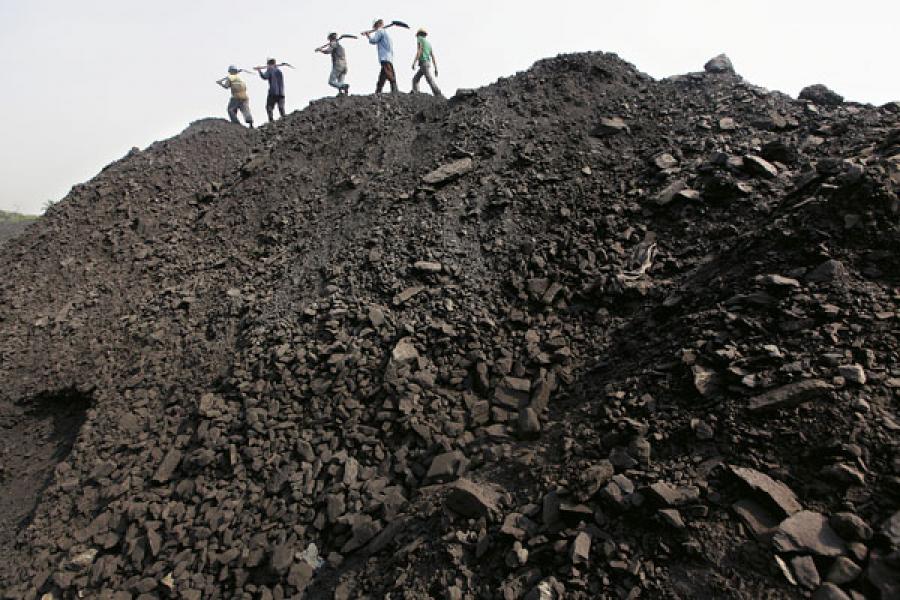 For a scientist who is passionate about history, Mark Denys appreciates the importance of the West Bokaro coalfields in the Indian clean coal technology space. It was in these coalfields in Jharkhand that Tata Steel set up the country’s first coal washery in 1951. The washery reduced the coal’s ash content from as much as 35 percent to 18 percent, improving the fuel’s efficiency and extending the life of the mines.

More than half a century later, the head of Tata Steel’s R&D and Scientific Services realises that the coalfields’ next brush with history might well depend on his team. Denys and his colleagues at the company’s R&D centre in Jamshedpur are in the advanced stages of developing the next generation of clean coal technology. The new method will further reduce ash content in the West Bokaro coal to 8 percent, a significant improvement from present standards of about 13-15 percent. The technology, the first of its kind to be developed by an Indian company, also promises to double the yield of these mines.

Denys realises how much that means for the country’s largest steelmaker. Tata Steel already imports half of its coal despite owning mines in West Bokaro and Jharia, also in Jharkhand. “This [the new technology] will decrease our dependency on costly imported coal, reduce our exposure to the coal price market fluctuations and to the dramatic changes in the currency exchange rates like we see today,” says Denys, who earlier was in charge of Ironmaking Research at Corus, the British company Tata Steel acquired in 2007.

Not only that. While Tata Steel is increasing its capacity at its century-old Jamshedpur facility, the company also has a massive 6-million-tonne-a-year plant coming up in Orissa that will again push up the need for coal. Black diamond and iron ore are the key raw materials to make steel. And this is where the new technology might help. Says Denys, “With today’s best available technology we generate about 35 kg of metallurgical grade coal [used in steelmaking and also called coking coal] for every 100 kg of coal mined…Our new clean coal technology is far more selective. We target to generate about 60 kg of metallurgical grade coal for every 100 kg of coal mined. This means that we nearly double the life of our captive mines!”

The progress in the technology’s development has already created a buzz in the industry and a few of Tata Steel’s peers in the steel and power sectors have offered to partner. Though the steel company has declined help, it is not hard to see why others would be interested in the technology, for which Tata Steel has already filed 13 patents. India has among the largest reserves of coal in the world at 267 billion tonnes, but most of them have an ash content of up to 35 percent, compared with the global average of about 15 to 20 percent. Even with these considerable reserves, many of India’s steel and power producers import coal, as the sole producer and supplier in the domestic market, Coal India, has till now failed to ramp up production. This summer has seen rampant power shortages, partly because power plants face coal shortages. Another interesting aspect is that this is one of the first times a chemical process is being used to clean coal in India rather than using the “physical” method of taking ash out of coal. This would involve crushing, grinding, sieving and washing the coal. Its effectiveness, though, is limited and at least 15 percent of ash still remains in the coal.

“Given India’s present and future resource needs, it is very important to have a technology that will make efficient use of resources,” says James O’Connell, the Singapore-based managing editor of Platts International Coal Report. Internationally too, miners and end-users of coal in Indonesia, Australia and Japan have, individually or along with partners, made initiatives in improving technology given the finite reserves of the fuel.

But despite the increased research activity globally, there hasn’t been a real breakthrough. “The key to a successful technology is that it should be easily replicable and viable. This is where most have failed to deliver,” says O’Connell. Denys realises that and reiterates that the Tata Steel management wouldn’t have continued to invest in the technology had it not been sure of its viability. 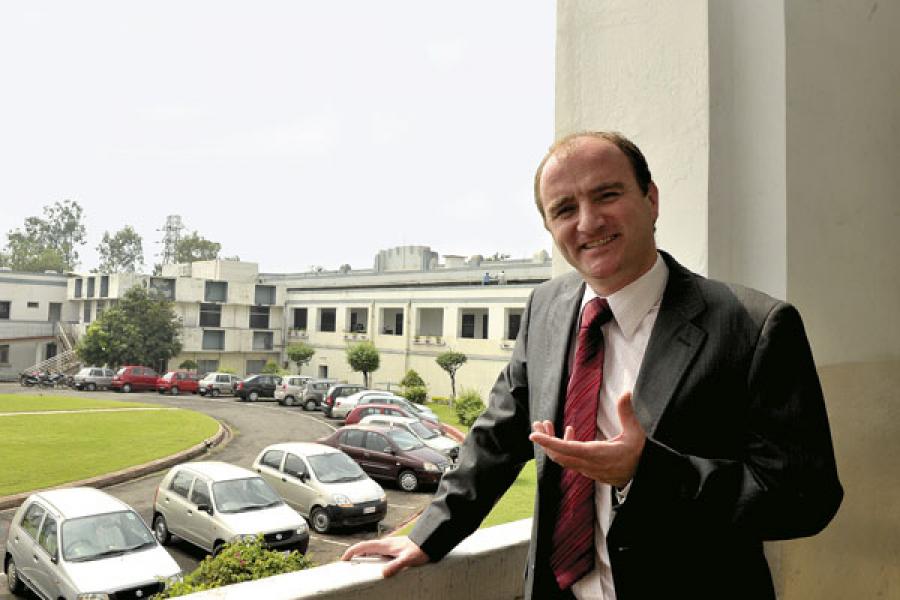 Image: Charudatta Vishnu Deshpande / Tata Steel
REDUCING ASH Mark Denys, Chief, R&D and Scientific Services, Tata Steel
MAKING PROGRESS
The seed for the new technology was laid in 2006 when the management under then-Managing Director B Muthuraman looked for solutions to increase the productivity of captive mines amidst rising prices and demand. His successor HM Nerukar is now keeping constant tabs on the progress made by Denys’ team in Jamshedpur. “Reducing ash content will help improve margins as we can bring down our imports and depend on coal from our own mines in West Bokaro and Jharia. The requirement for coal in our plant is growing,” says Partha Sengupta, vice president, Raw Materials, Tata Steel.

The focus on raw materials security increased after the company acquired Corus in 2007, since Corus didn’t own mines and was vulnerable to market volatility in prices. “Tata Steel Group is exploring various raw material opportunities across the globe, guided by the basic factors such as political and socio-economic condition of the countries/regions and resource size and quality,” adds Sengupta. But with heightening competition for resources, which has driven up valuations of these assets, better technology is another way to increase raw material security. A lot will depend on the success of the new technology that is being developed.

“This is the biggest project that has been undertaken by us in India,” says PK Banerjee, chief researcher, Raw Materials and Coke Making, Tata Steel. While he declined to say how much the company has invested in the project till now, Tata Steel annually spends almost Rs 700 crore on R&D through its five centres globally.

The team initially experimented with a few grams of coal from West Bokaro inside laboratories in the R&D centre in Jamshedpur. They gradually increased the amount they worked with to 500 kg, scaling up 1,000 times, and shifted the experiment to the pilot plant in Andhra Pradesh. It involves several steps where the team adds different chemicals to the coal that selectively react with the ash. After this treatment, the coal is filtered and washed to get clean coal with low ash. “We are still about 20 to 50 times below industrial capacity (in terms of scale),” says Denys.

Scaling up the project is only one of the challenges that the team still faces. The most important factor, as O’Connell mentioned, is viability. The key to that “Is the effective and efficient recycling of the chemicals. We are still working to improve this part of the process further, but we are confident that we have finally cracked this challenge and have discovered ways to make it economically viable and environmentally friendly. We have developed unique solutions for recycling the chemicals. Some of these we keep secret and others we have patented. We have filed a total of 13 patents,” says Denys.

That is one of the reasons why the scientist is unperturbed by the research initiatives currently under way in other countries that have also taken the “chemicals route” to clean coal. Also, adds Banerjee, “We have developed a unique process flow sheet to suit the requirements of Indian coals with a higher ash content that is very finely distributed in the coal.”

By the end of this year, the team, which has six scientists and 20 support staff, will finish trials at the pilot plant in Andhra Pradesh before starting at the next demonstration plant, on a larger scale. But even as the trials progress, Denys will have one eye on the prices of coal.

“There is a lot of buzz on bio-fuels every time oil prices rise, but that talk dies off when the prices come down. Similarly, a technology that costs $10 will make sense if coal costs $200 a tonne, but will not make sense when prices come down to $70 a tonne,” says O’Connell. Coal prices at present hover around the $220-$250 range, but can fall to $100 during a bear phase in the commodity market. It might seem that Denys has time on his hands with the technology expected to be commercialised by 2018, but he realises what is at stake. “In research, you cannot be sure of anything, but confident, we are,” he says.