A man with a marshmallow heart 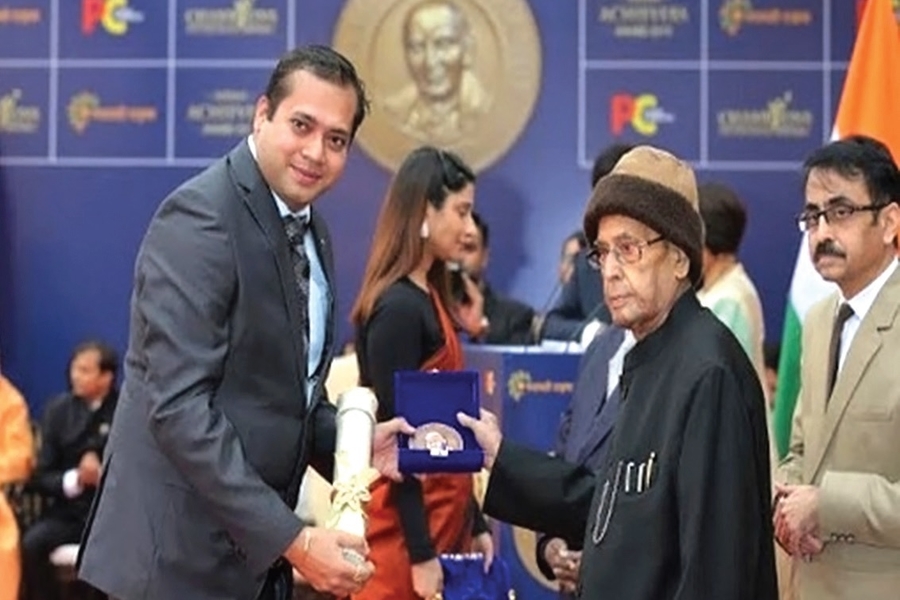 Awardee of several awards such as the Mid-day Iconic Showbiz Role Model Entrepreneur Award, The Times Power Men Award, Asia One Global Indian of the Year Award, Global Excellence Award for Topmost Brand Born in Mumbai, business magnate and the Prince of Sultanpur, Ajay Harinath Singh scaled new heights of achievement with the Champions of Change Award, 2019 presented by Interactive Forum on Indian Economy (IFIE), a non-profit recognized by Govt. of India, for his exemplary social welfare initiatives and philanthropic work. The award was presented to him by former President, Dr. Pranab Mukherjee, in a special ceremony conducted at his residence in New Delhi.

Speaking on his spectacular achievement, Ajay Harinath Singh, said, “It feels surreal to receive an award from former President Dr. Pranab Mukherjee. It’s definitely the most remarkable day of my life. I never thought that whatever little I could do for the less fortunate people in our society would earn me the tag of being a Champion of Change. I thank my well-wishers for their blessings and IFIE for this great honour.”

Among his several philanthropic and social initiatives, the most prominent is Ajay Harinath Singh Foundation (AHSF) food charity, which provides food to the homeless and needy. He has also built low-cost hospitals in Latur (Maharashtra) and Bhuj (Gujarat) for low-income families, with an aim to provide quality and affordable healthcare services. He founded and heads the Darwin Platform Group of Companies (DPGC), a conglomerate dealing in banking, realty, hospitality, mining, pharmaceuticals, film production, etc. Always striving for more, he firmly believes in giving back to the society.

After working extensively for the upliftment and wellbeing of the less privileged strata of the society he was felicitated with several awards such as the Mid-day Iconic Showbiz Role Model Entrepreneur Award, The Times Power Men Award, Asia One Global Indian of the Year Award, Global Excellence Award for Topmost Brand, Bharat Gaurav Award, and Dr. B. R. Ambedkar Prerna Samman Award, among others.

Filmmaking and philanthropy go hand in hand for this youth icon. A jury member of the Russian International Family Film Festival, he is also the finance backbone to two film production houses from India's top five and has funded 43 films, three of which are India's most expensive films ever. He is now foraying into mainstream commercial content production for cinema, TV and web. With its presence in Hollywood, Bollywood and Russian films, Darwin Platform Mass Media has a turnover of over Rs. 289 crore. Providing finance for the entertainment industry at reasonable rates, the company loves to encourage and support good content creation. “Plans are on to spread our footprint to China, Korea, Japan, Czech Republic, Georgia and setup film cities in India and abroad, besides expanding digital distribution platforms for the future,” Singh says.

Ajay Harinath Singh also devotes time to numerous philanthropic endeavours, expanding his charitable activities across oceans. "After being blessed with success, my happiness lies in being a medium of society's upliftment and happiness," says Singh. He has now also opened food kitchens in London (UK) and Philadelphia (US), providing vegetarian meals to the needy.

He never realized that his lineage of Lav(Son of Lord Rama) would one day connect him so deeply with Thai-land, a country deeply engrossed with ideals of Rama and Buddha. Ramayana, the great Indian epic, says Lava belongs to the lkshvaku clan or Suryavansha Dynasty of Kshatriyas in ancient India and Singh's caste Suryavanshi Rajkumar Rajputs claim their descent from him (Lava). Disclaimer: The views, suggestions and opinions expressed here are the sole responsibility of the experts. No Forbes India journalist was involved in the writing and production of this article.