CNBCTV-18 and IIM-K's India@2047 Leadership Series: Challenges and opportunities in the fintech and healthcare sectors 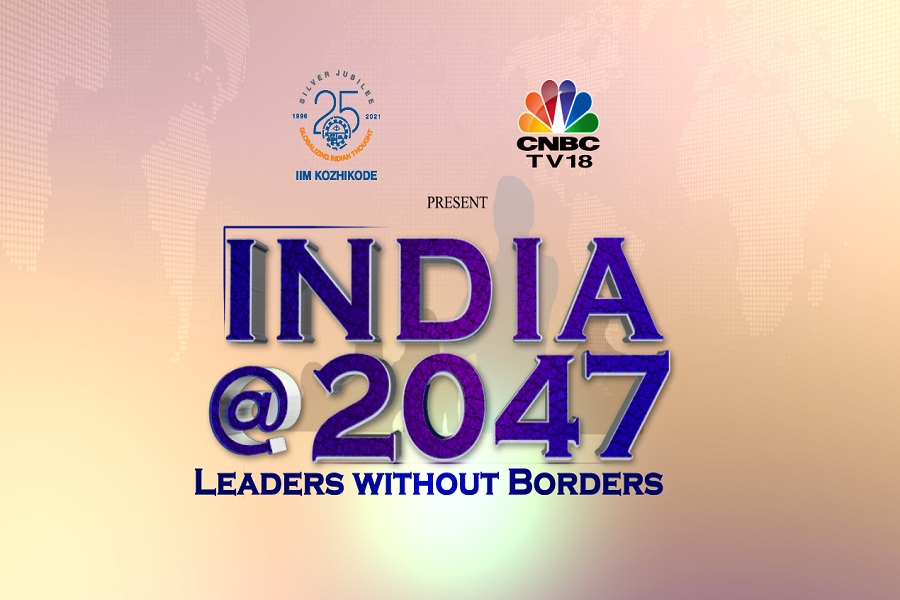 When it comes to financial transactions in India, there is clearly a pre-Covid ecosystem, and the one that came after. Almost overnight, we were all converted to active users, irrespective of whether we were skeptics, agnostics or enthusiastic evangelists of the safety and convenience of online payments.
While many other economies pivoted similarly, India has emerged a clear forerunner when it comes to digital payments. From QR codes at every shopfront, to a record 7 billion transactions just last month on the UPI platform, to exporting our homegrown Unified Payments Infrastructure to Singapore, Europe and beyond. India is evidently on the path to becoming the global hub of innovation in financial services.
This innovation brings with it certain costs - according to a recent report by the Boston Consulting Group, Indian banks and financial institutions will be required to spend $5 billion each year to meet the demands of a digital economy that is seeing ever greater adoption from a population of 1.5 billion people. This expenditure is more than offset by the benefits a digital economy brings: from plugging credit gaps to underserved segments, to increasing income for the poorest sections, to increased penetration of insurance, to financialisation of household savings.
The question remains: will fintech achieve its potential?
As India hurtles towards the centenary year for independence it is time to both reflect on the milestones of the past and chart out a road map for an aspirational future. While the GoI readies its plans, CNBCTV-18, in association with Indian Institute of Management, Kozhikode (IIM-K) has launched India@2047, Leaders Without Borders: a 5 part leadership series that engages in a meaningful dialogue on the key drivers for our social and economic growth. In this series, CNBC-TV18's Managing Editor Shireen Bhan and Director, IIM-K Debashis Chatterjee speak with luminaries from various fields to capture India's aspirations, and to draw up a charter of change that will help shape the idea of India@ 2047.