From handcrafted soaps to restaurants, Dukaan has given people a chance to digitise their business without having to lose out to the middle man or big corporations. 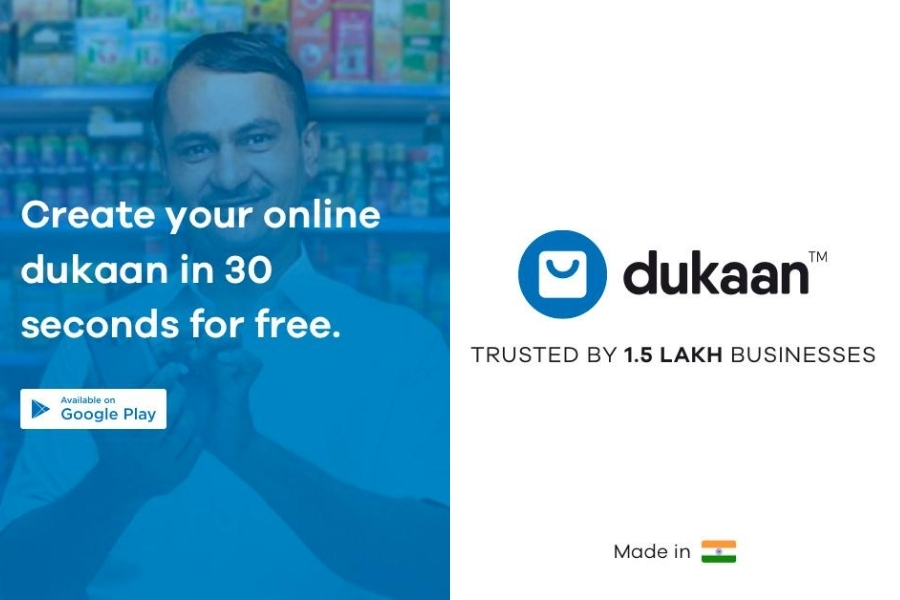 2020 has brought many challenges to the economy. With lockdowns and restrictions, businesses suffered a sudden chokehold on demand. Major players continued to thrive unaffected, with already functional digital platforms. But for small and medium business, the on-going pandemic seemed like curtains down. Enter Dukaan, an online store creator that sets up shops in just 30 seconds, saving many businesses from COVID's economic extinction. Founder Suumit Shah was hit with inspiration when he saw a PDF catalogue from Jockey pop-up on his phone with an 'order on Whatsapp' message. Shocked at how even well-known brands were struggling to suddenly push their business online for accessibility, he came up with a tech-based solution. Dukaan took just 48 hours to be built by Shah's team - Anuraag Meena, Subhash Choudhary and Kaustub Pandey and has fruitfully impacted more than 150000+ businesses in only 20 days! Praised by users all over India, this app has saved declining businesses by helping them transfer their shop online. It takes just three steps; Enter business details, add in products and share the store link via WhatsApp. For Kashi, a neighbourhood grocery store owner who earlier handled her business on WhatsApp, a significant challenge was keeping track of customer orders. This was easily solved with Dukaan, as she could see pending, accepted and shipped orders, along with an overview of other vital stats in one app. Being an errand boy for his uncle's small shop made Shah aware of the complexities of a shop's survivability. From handling store credit to keeping up with trends, he observed what worked best for customers. He continued his big-city dreams with an engineering degree from Sangli, while learning web design and development from his room-mate alongside online marketing courses. Then, armed with tech and entrepreneurial knowledge, he launched Risemetric with Shubash Choudhry. Subhash Choudry, his current CTO has an interesting journey as well, having dropped out of college and helping brands like Sony, McDonald’s and VU TV to hack the growth on the internet. The truly remarkable feat of Dukaan is its adaptability with an easy-to-use interface. Manoj, a small shopkeeper, stated 'Even for a Kirana store owner, the app was possible for me to use without my son's help.' This reduced reliability on others has encouraged even budding businesses to launch from the comfort of their homes. From handcrafted soaps to restaurants, Dukaan has given people a chance to digitise their business without having to lose out to the middle man or big corporations. For many years, the idea of taking their business online seemed unappealing to people. A survey in 2015 found that around 60% of recorded companies did not have an online presence. They stated reasons varying from cost, technicalities and even size. Being the world's second-largest ground to Small and Medium Businesses (SMBs), the hesitance in adopting online platforms has dramatically stunted India's growth over the years. But now, due to COVID-19, being online is no more an option; it is a necessity. Shah and his team have ensured that the shift to online platforms is not as intimidating as it seems. Apprehensions of the virtual world, which have become more relevant after apps like TikTok, are squashed as Dukaan is an all Indian platform. Reviewers have also commended the app for having a functional customer care number and service, a rarity for such apps. Having renewed people's hopes in digital India, Dukaan's team is now focusing on improvements based on customer suggestions. It makes one optimistic about where we're headed with such feats of Indian technology enriching people's lives. With around 500 million internet users expected by 2023, ventures like Suumit Shah's are just what the economy needs; homegrown and people-oriented. Disclaimer: This content is distributed by Digpu News Network. No Forbes India journalist is involved in the creation of this content.

Tweets by @forbes_india
WATCH: India allows all visa holders to travel to US, UK, Canada and UAE
Rup Singh an American real estate broker and entrepreneur makes an impact in his city