Jose Ardon: A life story of a true visionary leader

With the desire and passion to be able to transform impact the lives of other people, help others to make them better every day 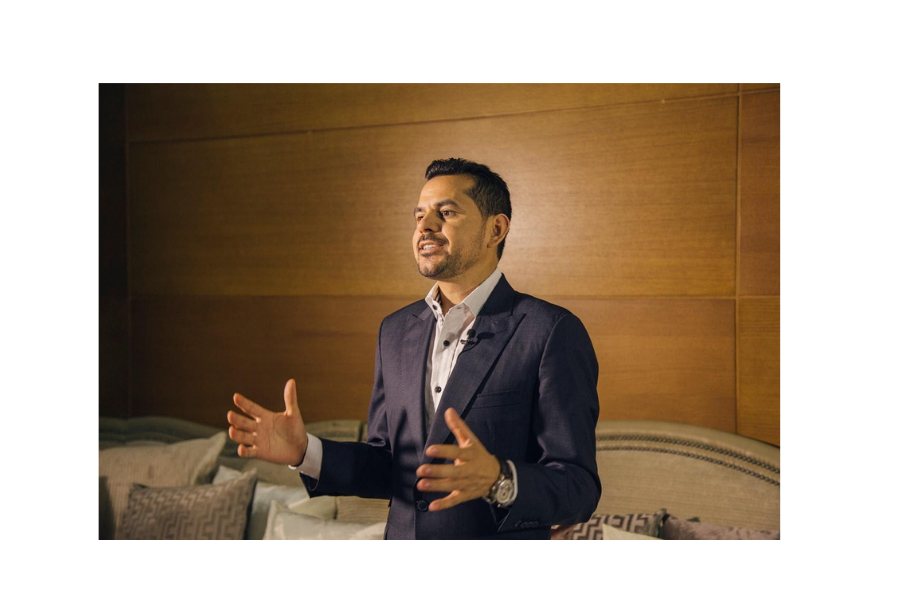 Growing up in a family who’s unable to make ends meet, Jose Ardon always had his eyes open to the reality of poverty. Where he’s from, the idea of leaving their homeland for a better way of living is perceived. Being an 11-year-old child back then, it wasn’t easy for him to imagine a place so foreign from the environment he’s used to. For countless nights, he’d asked himself what’s the difference between poor people and rich people until he grasped the only thing unconventional for the poor and the rich is knowledge. So, at the age of 17, where his imagination could take him anywhere, Jose ventured his way to the United States with only a hundred dollars in his pocket. But he knew he had so much more than that; he had something to chase - the American dream. Reaching the United States, though, wasn’t a walk in the park for Jose. It took him six months all-together and had to stay in the desert for three days. As he recalls, it had been beyond difficult. But that didn’t stop him from going. Jose would always remind himself of what he wanted to achieve, and so he moved forward. Being successful at reaching the United States, his journey had just begun, working from restaurants to construction. In 2004, Jose attended a motivational event full of 4,000 individuals, hearing how people earn a lot through the industry. “I remember hearing a story from one of the speakers and how his life was transformed and how he had become a millionaire through direct selling—having the freedom to be your own boss while earning residual income. That same time, I told myself I will become a millionaire, or I will die trying, but I will never give up.” That day had impacted him in a way he could never imagine. His goals were the same: to achieve a better way of living, but the plan had changed. When he was 21, he found the book “Think and Grow Rich” by Napoleon Hill. He analyzed Hill’s 13 principles of wealth and mastered how to break through the psychological barriers that were hindering him from gaining the riches he sought. Jose set himself a specific goal to earn $120,000 in one year by diligently following Hill’s 13 principles and improving his mindset. His determination paid off, and his income soared from $24,000 to $120,000 before year-end. He asked himself, “If my goal of $120,000 was possible, why not $10million?” Then he challenged himself to earn $10million before I turned 30. Jose nailed that goal one after the other. At age 27, he deposited the first $1million. And the $10million he had planned on achieving? Well, he achieved that $10million before he turned 30. His life went from being ordinary to extraordinary, accomplished everything he has ever dreamt of including getting his parents a house and car. He’d endow his direction in life—to help and encourage others. And, he’s done exceptionally well helping them. He understood that real prosperity was in their home countries, and with that, he has marked his new path. He would return to his homeland and transform the American Dream into the Latin Dream by sharing the principles that have massively helped him. In this way, no one would have to go through the same hardships he had experienced just to reach America. Jose understands that the only way to change Latin America is through practical knowledge. With the desire and passion to be able to transform impact the lives of other people, help others to make them better every day, and develop them as leaders, Jose Ardon continues with journey with BE.  BE is a Dubai-based technology company with an ecosystem of products focused on the concept of living life to the fullest through travel and lifestyle while learning to improve one’s skillset and mindset.  “We know that there are always visionary people in the world; however, BE founders are more than committed to their vision. For me, it has been the best vision I have ever come across in my 15 years of experience doing businesses. BE is determined to change the world; it is upright with the commitment and ethics required to make an impact in the world.” Disclaimer: The views, suggestions and opinions expressed here are the sole responsibility of the experts. No Forbes India journalist was involved in the writing and production of this article

Tweets by @forbes_india
How the entrepreneur Jeet Banerjee is changing the e-commerce game
Bhupenddra Singh Raathore: Man on a mission to create Visionaries