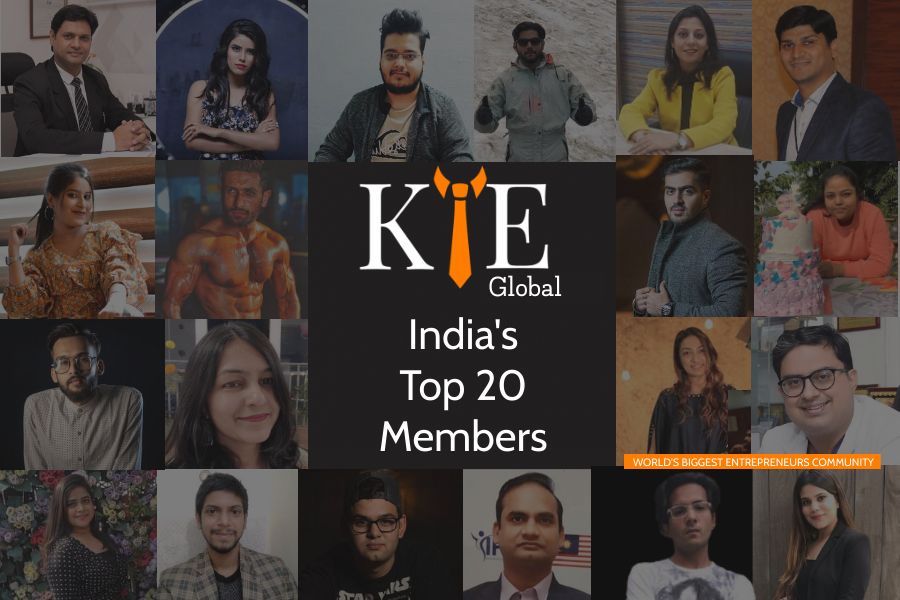 KYE Global, (earlier known as Kanpur Young Entrepreneurs) is a community of professionals and entrepreneurs, founded by Yash Agarwal (Popularly known as “meagarwalyash”).  It’s first of its kind community in India. KYE Global was launched under the banner of Fitmekanpur (FMK Marketing) by none other than Yash Agarwal. KYE Global community welcomes professionals, businessmen, doctors, artists, bloggers, influencers and more. Earlier KYE was adding members only from its city of origin-Kanpur, but due to the overwhelming response and love from all over the nation, now it is going global. It’s creating a community of young entrepreneurs from all the parts of the country. KYE Global was established in March 2019 and invited around 300 influencers, bloggers, photographers, models to its first meet & award show in which Top 15 bloggers & influencers were awarded in their respective fields of work . In the year 2019-20, KYE Global had around 1200+ members from all over the world. KYE Global has always been a socially responsible Community. It has taken various initiatives towards the betterment of the society as well as the conservation of environment. It has undertaken various activities such as distribution of stationery items to the underprivileged kids, providing chairs and tables to the charitable trusts which take the responsibility of the education of the poor and needy students. On Dec 16’2019, KYE Global launched a – ‘They Need your Hand’ campaign under which it distributed books and stationery items to kids. It also organized a Christmas party and Toys Distribution Drive on 24 Dec 2019 for the poor kids and made sure they had a big smile on their face by providing them with their Christmas gifts and toys. Talking about KYE’s contribution towards the nature and the environment, The KYE Global community organized a Tree Plantation Drive on Oct’ 13th 2019. In this drive around 120 people participated and 140+ trees were planted. KYE has proved to be a good community to which not only promotion matters, but they make sure that its members contributes to society. Recently, KYE Global has revealed its list of Young Entrepreneurs 2020-2022 winners & members, which include individuals from various professions such as artists, doctors, fitness experts, businessmen etc. Memberships are declared every year to recognize and encourage young minds, innovative ideas and impeccable work in distinct fields of profession. To know more, follow us on: Instagram:   https://www.instagram.com/kyeglobal The pages slugged ‘Brand Connect’ are equivalent to advertisements and are not written and produced by Forbes India journalists.

Tweets by @forbesindia
Rahel Shekatkar: Out to prove that 'Music has scope'
How Wipro's Thierry Delaporte plans to put the company back in leadership position