Lovejot Singh Chhabra, a serial entrepreneur and a cybersecurity expert, popularly known as Lj Singh, is a great example of inspiring people with one's work 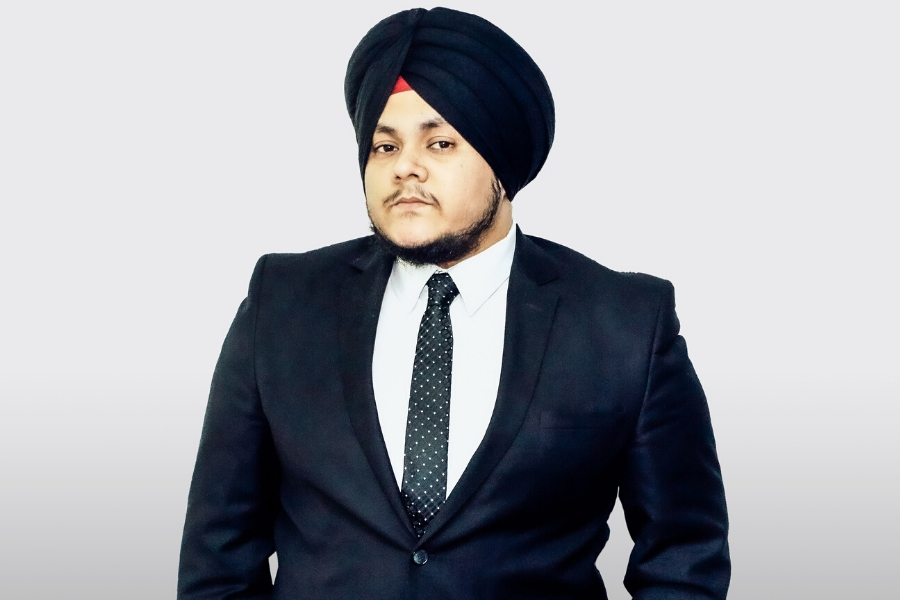 It is rare to see people having expertise in multiple fields. Lovejot Singh Chhabra is a man of par excellence when it comes to knowledge and has even contributed a lot in the field of cybersecurity.

Lovejot is a great international speaker on cybersecurity who nails his talks to make the audience chant 'Best cybersecurity talk ever’ and an example of how talent outshines the brisk competition. With clear focus and zeal, he eruditely leads the cybersecurity industry in India through his companies in his quest for excellence and achievements.

Lovejot Singh Chhabra, a serial entrepreneur and cybersecurity expert, popularly known as Lj Singh, is a great example of inspiring people with one's work. Born on April 30, 1994, in a small town Talwara in Punjab, India, he hails from a family with no technology background. Graduated from Panjab University, Chandigarh he is one of those who dream big and then works assiduously towards realising the same.

Chhabra has proven his mettle in the IT industry and is now a successful Cybersecurity expert in India who is engaged with many top cybercrime lawyers in India as Cyber forensics consultant. He provides penetration testing services to IT companies and consulting in areas like Network security and website security. His first venture 'Cyber Defence Intelligence Consulting', headquartered at Mohali, was founded in 2014 and vouching ahead to be top cybersecurity company in India.

Cyber defence intelligence consulting with primary domain www.cyberintelligence.in, now has subsidiaries companies namely, 'Indian Institute of ethical hacking', 'HackerNewsDog', “CDI Associates” and roughly 20+ online websites. His journey began in the field of Cybersecurity at a young age with a humble beginning in the city of Chandigarh and when asked to comment on his success, Mr Chhabra shrugs it off with his humble demeanour.

Lovejot Singh Chhabra, Founder and CEO, Cyber Defence Intelligence, is more than just a computer science graduate, an entrepreneur, and an ethical hacker. He credits his success to his belief in hard work and faith in God. Coming across as the man next door, Lovejot already has his eyes set on his next goal. He further aims to aggregate all top cyber crime lawyers in India. Lovejot Singh says his journey has just begun and he has yet a long way to go with new ventures in years to come. Going by his persistence and determination, it sure seems true! Disclaimer: This content is distributed by Digpu News Network. No Forbes India journalist is involved in the creation of this content.

Tweets by @forbes_india
You want a free Billboard? You want FAME by Sheeraz
Domino's is raking in the money—but what about its employees?