You want a free Billboard? You want FAME by Sheeraz 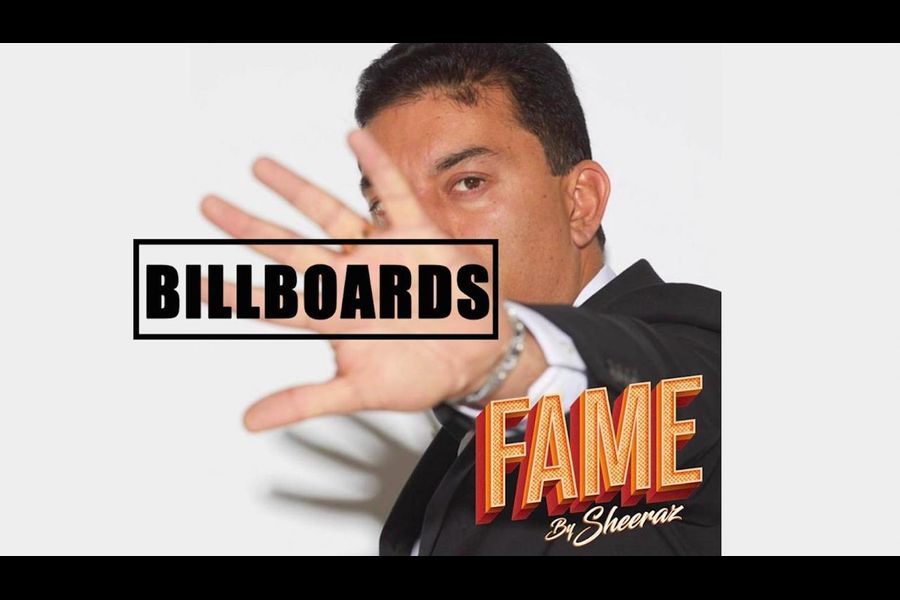 You’re driving down the busiest section of Sunset Blvd. You look up and a massive billboard lights up the sky with your name on it. Thousands of people pass by it every single day and stare at your picture and slogan. This isn’t a YouTube ad. You can’t “skip” a billboard when you’re sitting in traffic. If you’re an influencer this is an invaluable asset to your brand and let’s face it...it’s also really cool. And now it's yours. For free.

Sounds like a dream right? It doesn’t have to be if you know Sheeraz Hasan. Sheeraz, CEO of “FAME by Sheeraz” has long been the greatest star creator in Hollywood. If you need hundreds of thousands of fans for a meet and greet, if you need to break news, if you want to be famous in any capacity Sheeraz moves mountains from the touch of his phone and makes it happen. Just ask Logan Paul, Kim Kardashian or Paris Hilton to name a few. He does this by strategically pairing brands with celebrities, innovating the strategy that will produce the best results and then mobilizing his army to execute.

Now he’s got a new weapon: billboards. Whether it’s in Piccadilly Circus in London, Times Square, or Hollywood, Sheeraz has access to give you a stunning billboard that will capture the world's attention at any of these locations. Every brand and every star lines up to have their face plastered in the best locations in the world. Sheeraz has the best inventory and deals around the world to make this happen. There isn’t a single billboard he doesn’t have access to. All you have to do is be an influencer willing to participate in a campaign that FAME is running. That’s what makes FAME by Sheeraz so effective. Being able to leverage his resources and connections in a way that everyone mutually benefits.

So if you are an influencer and you need the world to see your brand, you need to get in touch with Sheeraz Hasan. The moment he puts the FAME machine behind you and puts your name on a billboard, could be the moment you ascend to a new level of stardom. Ready to become a celebrity? Contact Sheeraz at: http://famebysheeraz.com Disclaimer: The views, suggestions and opinions expressed here are the sole responsibility of the experts. No Forbes India journalist was involved in the writing and production of this article.