Meet Aditya Arora, The Faad Guy who tore off the curtains of uncertainty

Aditya has always believed that "Age is just a number, but what you do with that number is what matters" 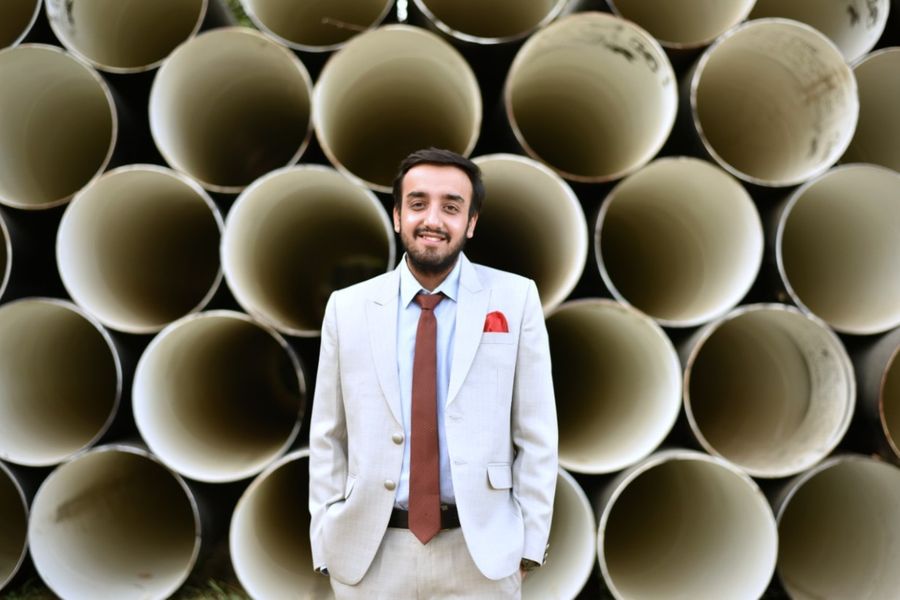 Everybody wants to become an entrepreneur, but only a handful of them endure the pain, spend sleepless nights, and do what it takes to be one. Those “some” face all the hardships to make this world a better place. Here, we have one such example, Aditya Arora - the man who went all-in to achieve his ambitions; ambitions of making the world a better place. At present, Aditya is the CEO of Faad Network Private Limited, a leading Investor based network that assists early-stage startups in raising capital through its network of Angel Investors, HNIs, VC Firms, Family Offices, and Debt Funding Professionals. Nineteen years old, Aditya joined Faad as an Intern but got promoted to the CEO of the company by the time he reached 21, which itself speaks for itself. Not to forget, he did not come from an entrepreneurial background or had lakhs of rupees that he could spend on his next project. He was willing to explore and hustle and not make money on Day 1. Taking admission in the best of the colleges in India (Shaheed Sukhdev College of Business Studies) for studying finance, “Aditya was always determined to do something different which would create an impact for not only himself but also people around him. Hence, apart from helping startups raise funds, He also had an innate desire to help the society. While travelling back and forth to college, Aditya saw the abject conditions of education in rural areas. Hence, he founded the Education Yatra campaign - A Social Campaign that aimed to provide underprivileged children with the right to the right education. He believed that “A Child shouldn’t be given education based on their class but based on their knowledge and capabilities.  And, since then he hasn’t looked back. He has taught more than 500 kids in more than 20 areas in and around Delhi. Not only has his work been appreciated locally but globally as well. He has won many accolades for the same, some of them being, “Microsoft Top 15 Changemakers in the Country under 20”, “Parliamentary Meritorious Award”, “REX Karmaveer Chakra by UN & icongo” and “Duke of Edinburgh’s International Award”. Speaking on his journey, Aditya has always believed that “Age is just a number, but what you do with that number is what matters”. Started as humble beginnings, Aditya is now a well-known name in the Industry. He has spoken at more than 150 events in the past three years - some of which include guest lectures at universities like the National University of Singapore, IIM Bangalore, Faculty of Management Studies, Ashoka University, Panjab University, and IIHMR University to name a few. He has also been a TEDx speaker and actively leads meetups communities of Quora and Coursera. Aditya has also represented “India” at prestigious forums like, “21st World Business Dialogue in Germany”, “Harvard Project for Asia and International Relations”, and “World Startup Fest” Following his love for startups, Aditya actively works in the ecosystem as an Angel Investor and advises numerous young businesses to achieve their goals just like he did. He is also a startup industry member at FICCI, CII, and PHD Chambers of Commerce. Also, working actively with the government, Aditya is a Mentor of Change at Atal Innovation Mission (NITI Aayog), wherein he mentors his school students from which he passed out in 2015. He is also an Ambassador with the Delhi Government and has been actively contributing to the “ Entrepreneurship Mindset Curriculum”. For all of this and more, Aditya has also been recognized as one of the youngest nominees for the prestigious Padma Shri Award this year. Did all of this come true in a day? Nope. It was a result of years of sheer hard work and perseverance that made Aditya what he is today. From struggling to make ends meet to now investing in startups, Aditya is the perfect story for anyone who wants to start young and make it big. Disclaimer: The views, suggestions and opinions expressed here are the sole responsibility of the experts. No Forbes India journalist was involved in the writing and production of this article.

Tweets by @forbesindia
Mental Health for all: Greater Investment - Greater Access
Dissecting Social Media, one step at a time