Solstice, The virtual extravaganza is scheduled to take place between 8th & 10th May 2020 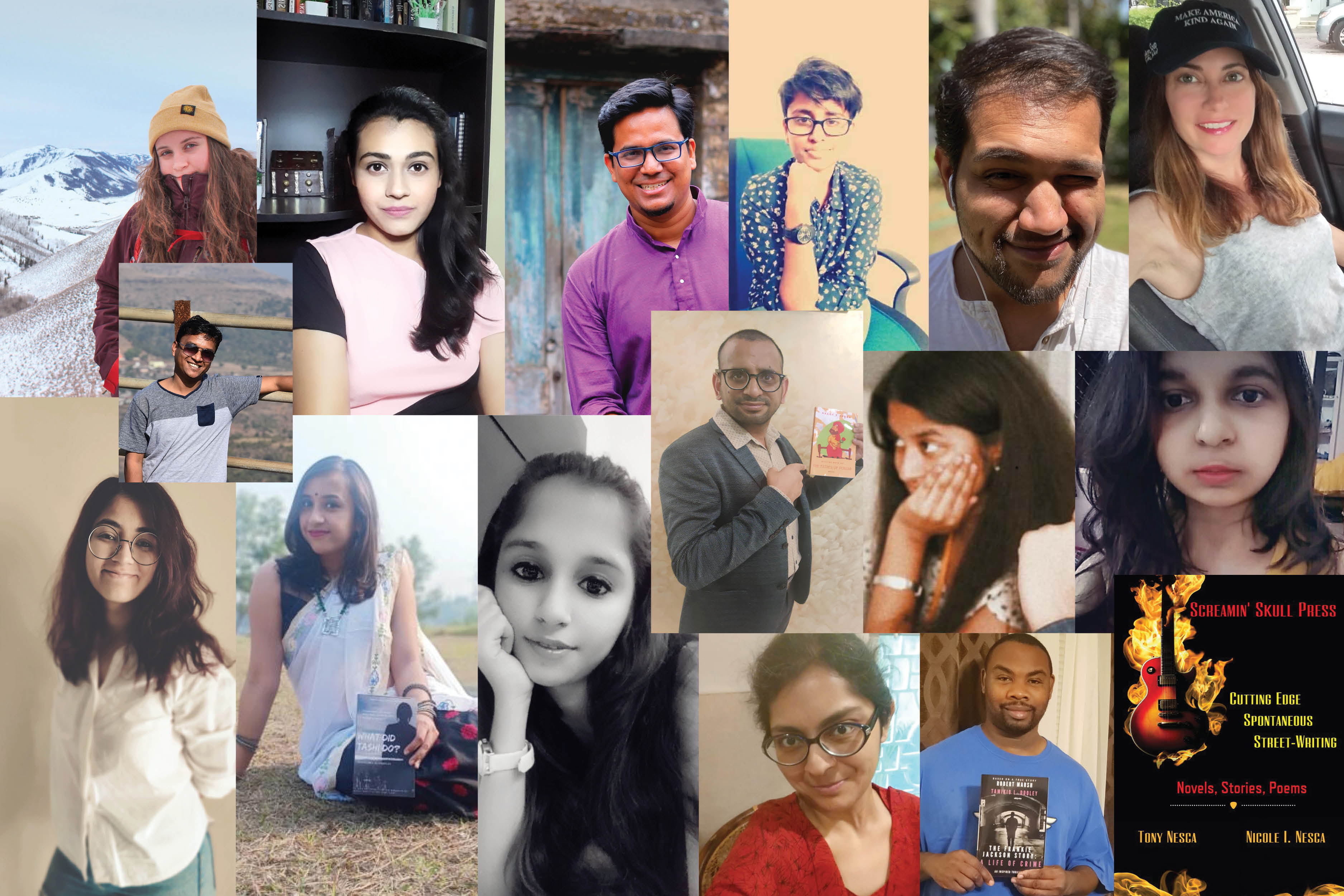 Solstice, The Virtual Extravaganza is scheduled to take place between 8th & 10th May'20. This festival aims to identify few of the best writers in the league and highlight their work.

Speaking about authors, Gautam Aggarwal, a short story and flash fiction writer says, in a country like India, where it's difficult to find an audience for flash fiction, he wishes to spread his stories like wildfire. His story, Partitioned Time, was published in Dec’19 and he is currently working on an anthology, following the footsteps of his favourite writer - Daniil Kharms.

A splendid raconteur, Koushik Majumder has his stories in his writings and films. He writes about human relations and social issues. Ai, Varna, The Fallen Leaf have some of his published short stories and he is currently working on his new novel on travelling.

Anangsha Alammyan is another talented author with awesome imaginations. She is a civil engineer from IIT Guwahati and is a three-time bestselling author of “Stolen Reflections”, “What did Tashi do?” and “What happened to our forever?” She won the title of “Author of the Year 2019” at NE8x Online LitFest. Anangsha is on a mission to inspire, motivate, and thrill her readers through her words.

This year Ukiyoto published two unique titles, Trial of Identity and Reigns of Utopia based on dystopian fiction. The high demand of the titles required translations to be made immediately in German, French, Danish and Spanish. Author Elsie Swain, through her books, wishes to break the norms of chasing the ideal society and bridge the gap between humanity and society. The world of books haven’t been the only source of passion. Her arts are a beautiful pictorial representation of her writings, bringing the best of both worlds together.

23 year old Akshita Mahajan is an uncanny author with her debut rom-com novella 'Two Way Lane’ speaking about an oddball Hiya Arya and her journey of turning her underdog story to a romantic comedy. The title was released end April’20 and is likely to be taken up for Hindi and Japanese translations. Akshita also has a new Instagram page 'This Pricey World' which is another piece of her mind in everyday life.

Shrutidhora P Mohor has 4 single titles published since Nov’19. Her masterpiece, Twenty-Three Summers has received accolades for a possibility of film making in South India. The titl received excellent reviews at SPLASH, Delhi in Feb’20 and is scheduled to get space at Shimla International Festival 2020. Her latest novella Where the Sky Feels Cold is a story of love and loss sketched against the background of a divisive, intolerant India.

Author Nilesh Vaghela has his title lined up for production in May’2o. Speaking about a scorpion heart travelling from the lonely world to the crowded Everest of life in search of inner peace and rainbow of eternity, the feelings of heart have been narrated transparently with “SPELL OF LOVE”.

Falguni Das was published last year in anthologies such as “Zuhi” and “Ai”. Other than being a software engineer, she proves her mettle as an author and a screenplay writer. By the end of 2020, she is planning to launch her first solo title “Two Souls”.

“As a college aged adventurer, finding my niche in the travel industry was easy. Go further, learn more, waste and spend less. When I left my small central Massachusetts town and set my sights on the West, my life changed forever. Come along as we tackle mountains and let the literature explain the rest.” An avid traveller and blogger Katelyn Coleman was featured in Itinerantur launched in Uzbekistan in Jan’20. She has all her travelogues on her Instagram handle @desirablydisplaced.

Prerana Srinivasan is a 15 year student with a passion for writing poetry and fiction in the genres of fantasy, horror and crime. She derives her admiration from the works of Percy Shelley, Lord Byron, J.R.R. Tolkien, and George R.R. Martin and is currently working on a fiction manuscript.

At 16, Ananya Kantoor thinks that words can change this world! Writing is her passion and she aspires to continue it throughout her life. She was published for 'The Christmas Collections’ and 'The Morning After I Killed Myself' which she introduces in Solstice with an excellent video broadcast.

CFA Charterholder & MBA graduate from IIT Delhi, Harsh K Arora, has kept up his passion and published his first novel, Suicide Note of The Father of Punjab in March’20. The title was inspired by his experiences while being brought up in Punjab’s hinterlands. Through his entrepreneurial venture, ‘Zvest Financial Services LLP’, he creates happy and successful stories of wealth creation.

Parul Singh from Prayagraj has been associated with writing for the last 3 years and has co-authored more than ten anthologies. Her debut novel, 'The Last Sunset’ will be out in Aug’20 with a big achievement in the literature industry.

While in Winnipeg, couple Tony Nesca & Nicole I Nesca with Screamin Skull Press, have specialised in beat writing. Tony’s spoken word project on world music and poetry shall be out soon both in CD and digital format.

The final pick, Fallen from Grace, based on a true story, touches the themes of adversity, love, loss, illness, strength and perseverance. Written by Kimberly Marasco during a time when she confronted adversity in both education and work environments, she describes how undue stress contributed to a debilitating illness and made her life a living hell for many months.