Fondly nicknamed as SG and MG, industry peers identify them as an unstoppable force 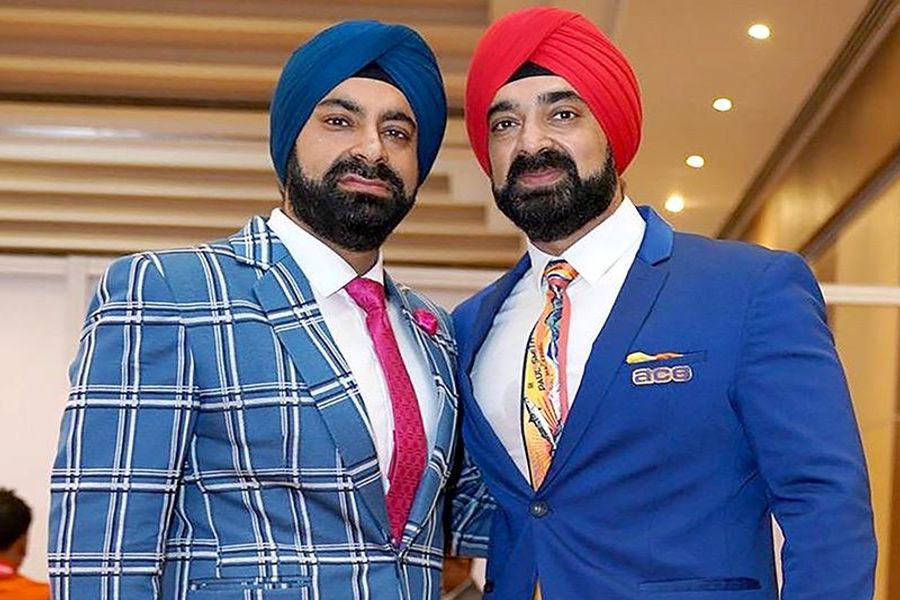 The highly motivated and entrepreneurial Gandhi Brothers - Sumit Gandhi, Chairman of ABEC and his younger brother Manish Gandhi, COO and Co-founder. There are many businesses run by siblings and Gandhi Brothers’ ABEC is yet another success story of a sibling duo that is thriving in the exhibition industry space, and how!

Fondly nicknamed as SG and MG, industry peers identify them as an unstoppable force and their company ABEC is synonymous with leadership and success in the Indian exhibition industry. The brothers left behind lucrative careers in finance and engineering respectively to achieve their dreams of building a business empire, which has on its way to the pinnacle also been instrumental in defining the exhibition industry in India.

With learning acquired from the family-owned business, which included strategic thinking and an absolute focus on customer satisfaction, the brothers ensured that the business grew exponentially within a short span of time. Headquartered in Mumbai, ABEC also has offices in Bengaluru and Delhi and staffs more than 400 employees churning out quality expos, in diverse segments, all round the year.

Transforming from their formative years, commissioning small confex events in the Oil & Gas sector, to finding the niche, figuring out the “what, why and where” and evaluating strengths and weaknesses of competition, ABEC today organizes more than 20 exhibitions in a year in forte segments such as Jewelry, Security, Pro-Audiovisual, Health & Fitness and the flagship architecture and design expo – ACETECH.

“We started our journey with ‘Times Glamour’, though the Oil and Gas property was already going on. In 2004, we launched education, property and security and followed it with architecture and design in 2006. Today we do about 20 trade fairs in a year, making us the largest home-made indigenous exhibition company in India,” says Sumit Gandhi.

Reiterating, Manish Gandhi says, “I started in the industry in 2002 and it’s now been 17 years of creating new concepts, developing ideas, marketing and selling them on various platforms. Though being the biggest in India was not our target when we started out, it did become the eventual goal when we kept growing and adding portfolios.”

ABEC is now a part of ITE Group PLC, a UK based trade fair organizer that has more than 300 events worldwide. ABEC considered the premier exhibition company in India, has won several awards, with the prominent ones being the award for “The Largest Private Exhibition Organiser and 2nd largest overall after CII and IEIA” conferred at the Indian Exhibition Awards and the “Leading Show in Architecture and Building Materials Category” awarded to ACETECH at the Exhibition Excellence Awards.

Undoubtedly, the resolute and untiring siblings are the driving force behind the mammoth success of the company. What sets the brothers apart from other players in the industry is their astute eye for detail, courage of conviction to see their vision through and relentless innovation in all their expos. Their single-minded emphasis on innovation is what has ensured that they deliver an endless stream of revenue and value to their expos.

ACETECH which is the third largest expo in the world in the building materials, design and architecture space and now spread across more than 50,00,00+ square feet annually is testimony to the insistent focus on innovation. The show has diversified into various rubrics such as Design Wall, Ace Interface, Ace Luxe, Ace Surfaces and now ACETECH 2.0 promises bigger, better and bolder networking opportunities, boasts participation from the best brands in the design & architecture industry space, showcasing avant-garde products and solutions.

The Gandhi Brothers’ vision for the near future is continued investment to further establish ABEC as the unrivalled exhibition company in various diverse segments and provide exhibitors an opportunity to engage with the trade community in a completely new dimension. The overarching aim is to scale up, add more employees and develop a talent pool within the company, which can enable systems change that crosses boundaries, benefits the exhibition industry in general, while also allowing ABEC to grab a bigger share of the market.

As ABEC sets itself up to ready a blueprint for 360-degree development, dramatic growth and unrelenting innovation of its properties, SG and MG continue to be the omnipresent face in an ever-changing and evolving exhibition industry. Disclaimer: The views, suggestions and opinions expressed here are the sole responsibility of the experts. No Forbes India journalist was involved in the writing and production of this article.