Tel K Ganesan is not just a successful entrepreneur, but a role model for responsible, authentic, and integral leadership 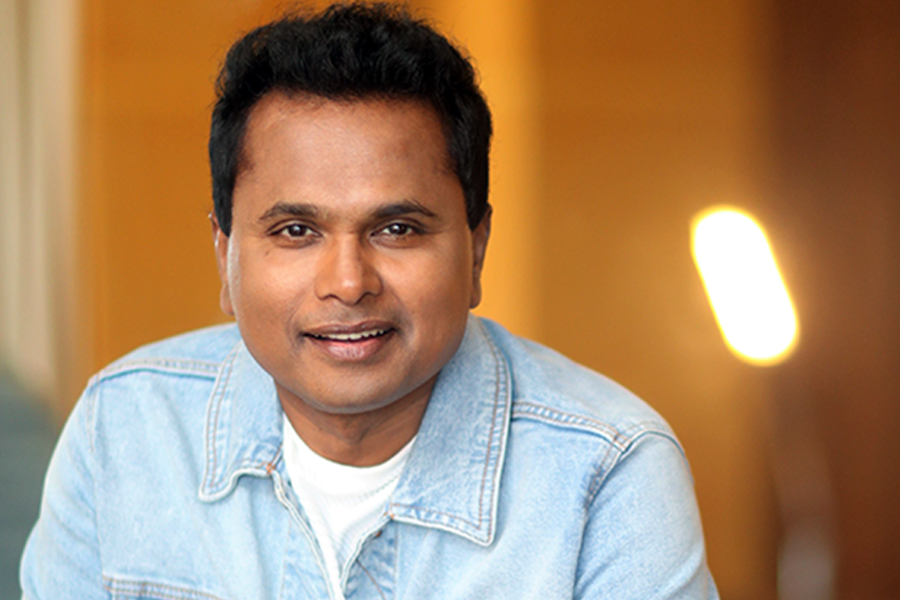 Exemplary Role Model – Tel K Ganesan. Not every small-town Chennai boy can go all the way to the United States and make it big but Tel K Ganesan is one such man who leads by example. He has a never-say-die attitude backed by a strong work ethic and confides that his success mantra has always been finding the opportunity in adversity. In truth, it has been a very long journey for Tel Ganesan and certainly not an easy one. “If it was an easy journey, everyone would be doing it,” says the Hollywood movie producer, philanthropist, serial entrepreneur, business leader, investor, speaker, inventor, publisher, and indeed an introspective man who is still evolving and discovering new dimensions within himself. HUMBLE ROOTS A young man from Tiruchi in Tamil Nadu, Tel Ganesan boarded his first flight to the United States when he was 21-years-old in 1989 with empty pockets and a fire in his heart. “When I think back, I find it hard to imagine that a person growing up in a small town like Tiruchi, going to Chennai and then traveling to the USA to work for the Chrysler Corporation for nearly 15 years, could follow that up with a burgeoning career as a Hollywood film producer with four back-to-back movies that are now premiering all over the world while I chase them for promotional purposes!” he reflects aloud, laughing, and then adding that he feels blessed in so many ways. "The odds of success are not in your favour but you keep trying and don't give up. I had tough times making ends meet more than once in my life. It's an American Dream, albeit an unconventional one,” he confides. 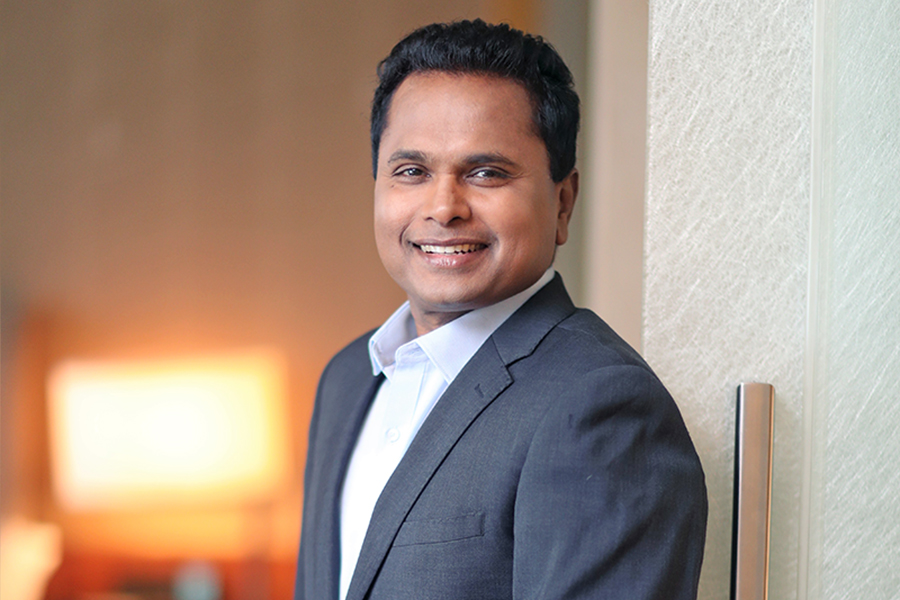 A man of many facets... Tel K Ganesan. HOLLYWOOD BECKONS In regard to his booming career in Hollywood, he muses that “The seed was lying dormant for 30-40 years, but it was there all along, one day it sprouted and then the tree just grew. And here I am.  The lesson in retrospect is that sometimes when you have a dream, just because it hasn’t come true tomorrow, the next week, or the next year it doesn’t mean it will never happen. Never say never! I believe you can make your dream happen in your lifetime. But it’s not always a direct path.”  Tel Ganesan runs numerous companies in the tech and healthcare sectors under his Kyyba family of corporations and launched Kyyba Films in 2017.  To date, he has produced four movies including Christmas Coupon (2019), Celebrity Crush (2020), Devil’s Night: Dawn of the Nain Rouge (2020), and the upcoming Trap City (2021). "Looking back, I think it must have manifested when I was a kid growing up in India,” says Tel Ganesan.  “Back in our day, we used to stand in a queue for a long time, a very long time. In fact, we used to queue for the evening show when the afternoon show started.  In those moments, I always wondered what it would take to make a movie, these people who made them must be really rich. Obviously, we didn’t have that kind of money to make a movie back then where I grew up. But my dream to one day make movies came from those days." BEING INDIAN The dream turned into reality after four decades. "One day, a friend introduced me to a young filmmaker who wanted me to invest in his movie. That’s how it started. What was already seeded just came out all of a sudden and then boom, before I knew it, I was in the movie business.” In addition to his first four movies, Tel Ganesan is developing new projects including American movies with their roots in India. “There are great ideas everywhere and I want to find them, especially if they are from back home. I’m not the only boy or girl from our country who wants to make movies but I am now in a position to help others get there.” Tel Ganesan initially arrived in the US to pursue higher education in engineering, subsequently landed entry-level jobs and eventually earned degrees in engineering as well as a Masters of Business Administration from the prestigious University of Michigan. INVENTOR EXTRAORDINARE Tel Ganesan is also the proud owner of a patent for a manpower utilization tool. “It is a software I developed after leaving Chrysler. I realized there was a need for how to deal with manufacturing and production problems in a real-time scenario. It is all about manpower utilization in a complex environment— how to quickly identify who is on leave for any amount of time and the work divided needs to be balanced off. There are many variables involved in the process of maintaining that balance, and so my team and I designed and patented an algorithm that helps decide in real-time, who is to be assigned to which workstation and who is qualified to do what kind of job, etc. considering all factors of production—and quickly. It minimizes the downtime and is the future of innovation. This way firms will efficiently save a great deal of money thanks to discretionary planning.” In Kyyba Healthcare, Tel Ganesan is developing innovative Software as a Service (SaaS) products.  “Our goal is to make wellness available for everyone and not just the celebrities and the nouveau riche.” He firmly believes that "Wholesome wellness should be available to every human being." PENMAN As a publisher, Tel Ganesan wants to see the pen returned to its rightful place—mightier than the sword!  “The power of writing is immense and I want to restore the pen to its former glory.”  In addition to his business pursuits, Tel Ganesan is also a public speaker, and mentors young entrepreneurs. He has also provided seed funding for projects he believes in. He was the immediate past President of The Indus Entrepreneurs (TiE) Detroit chapter for the second term (2016-2018) and previously the president of the chapter for two consecutive years (2009-2010), successfully chairing 5 mega annual conferences TiECONs. COURAGE MATTERS Life, they say, lies in the small moments, and Tel Ganesan admits that it is these ‘moments’ where he ‘did something’ instead of ‘waiting to be told,’ and thus overcoming the fear of being wrong has made all the difference in his life. “I am not the kind of person who waits around for permission. I believe in being there in that moment, working hard and tackling the sublime to the ridiculous with a smile on my face,” he laughs, which he has been apt to do so many times during this interview — it’s his manner of being.  He smiles and laughs quite often. “My parents instilled in me a strong set of values and a deep sense of responsibility. I want to inspire the next generation in the same way.  My dream is of an equal-opportunity India and I appeal to the young generation to eschew the capitalist dog-eat-dog mindset but rather contribute to making the world a better and happier place." NEVER SAY NEVER When quizzed about what advice he wants to pass on to future generations, Tel Ganesan is his simple self, saying “Never give up. If you truly believe something in your heart, then go for it. Only you know what you can make work. Tenacity helps you reach the end goal. Never give up and never second-guess yourself. Learn and re-learn. People who stop, they don’t taste success.” Touché! By Vedant Gill & Aatish Jaisinghani Disclaimer: The views, suggestions and opinions expressed here are the sole responsibility of the experts. No Forbes India journalist was involved in the writing and production of this article.