The extraordinary life of Armand Peri: How one man overcame all odds

Armand had different plans, however, when he was old enough, he set out into the world with a dream to prove to his parents that their long held beliefs around being impoverished was completely wrong 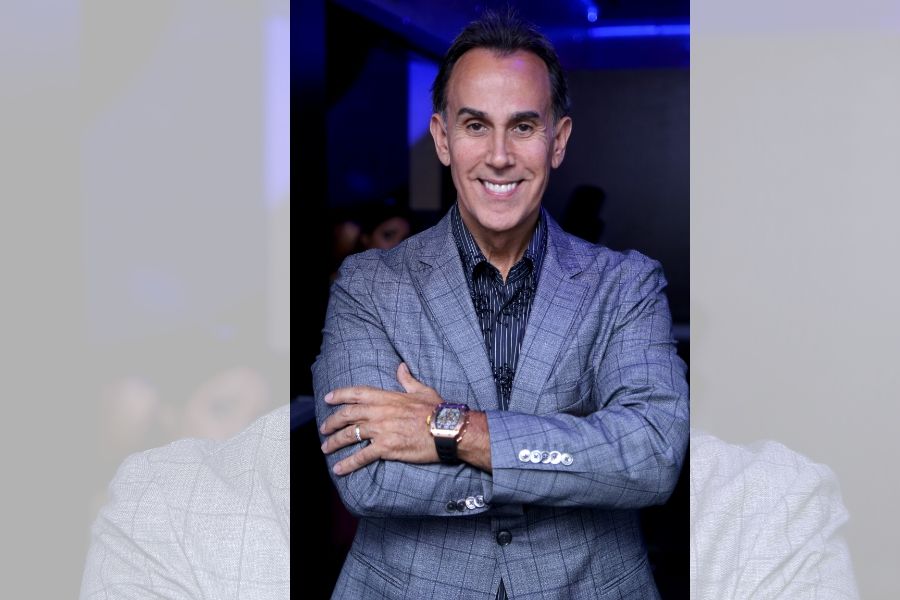 Armand Peri was born and raised in Vila do Conde, Portugal. At the age of 12, Armand followed his family to the United States where they migrated in 1977. His family settled in Newark, NJ where they lived in a small, cramped one-bedroom apartment.  Armand’s parents also wanted the best for their son. They were always very loving and caring towards him, however, they instilled a pessimistic view of life into Armand’s young mind.  His parents strongly believed that they had little to no control over their own fate. If you were born poor you remained so and that, more or less, was that. This pessimistic viewpoint led to much argument between Armand’s parents about what they could afford and what they couldn’t afford. Armand had different plans, however. When he was old enough, he set out into the world with a dream to prove to his parents that their long held beliefs around being impoverished was completely wrong. As a young teenager, Armand quickly showed a strong talent for art. He worked tirelessly and his talents were soon recognised by various national talent art competitions. He was even lucky enough to travel to Washington, D.C to meet with then-President Ronald Reagan and First Lady Nancy Reagan. Not long afterwards Armand’s hard work paid off as he was accepted into the School of Visual Arts in New York City. His parents, however, had other ideas and pressured him to switch to a more stable and traditional career. After much deliberation, Armand made the decision to move his university major to architecture. Throughout this period of Armand’s young life, he also found another passion, bodybuilding. Armand quickly gained lean muscle and mass and would eventually go on to win the local Mr Teenage in New Jersey at the young age of 19. Typical of Armand’s huge drive for success, he treated his body like a blank canvas. He worked incessantly, sculpting his physique to levels that most people rarely even dream of. It was during this time that Armand met a fellow bodybuilder who worked as a local male revue. Intrigued by the revue scene, Armand dove straight in and started performing. Finding instant success with his new clientele. This experience led Armand to his most successful venture, Hunk-O-Mania.  Armand started Hunk-O-Mania in 1998. The company at first grew slowly but it didn’t take long before it completely exploded into a nationwide success. Shows were held in 19 different cities and national tours were held throughout the year. His shows have since been seen by millions of women and has received raving reviews from critics and various media outlets. When previously asked about his own success, Armand replies that most people who are seeking success are simply taking the “quick-fix” approach. He believes that smart entrepreneurs are continually asking those deeper questions that many just never seem to consider. He says that entrepreneurs that make it understand that success is a long-term journey, not something that happens overnight. Another piece of advice Armand offers to young and upcoming entrepreneurs is to develop a strong idea about the market or business niche that they find themselves interested in. He believes that many entrepreneurs fail because they don’t completely understand the field they are in.  Armand’s final advice to people seeking success is to break down their goals and aspirations incrementally. He says that this allows them to tackle the smaller aspects of a goal one by one. Not looking at the bigger picture all at once, rather focusing on the tasks that can be tackled here and now. He says he used to write his goals out on the back of his closet door. Setting out to achieve them one by one. Armand is the true definition of the American Dream. Coming from basically nothing to building a company and life that has led him to huge success. At this point in Armand life, he believes that it is most important to him to give back and inspire people to follow their passions and aspirations. By following his guidance, he truly believes that anyone, no matter who they are, can also achieve the American Dream. Disclaimer: This content is distributed by Digpu News Network. No Forbes journalist is involved in the creation of this content.

Tweets by @forbes_india
Comic: Who's watching your WhatsApp?
India's ultra-rich and philanthropy: Someone's gotta give