From zero to hero, Wajid Khan's journey from a school dropout to world famous artist 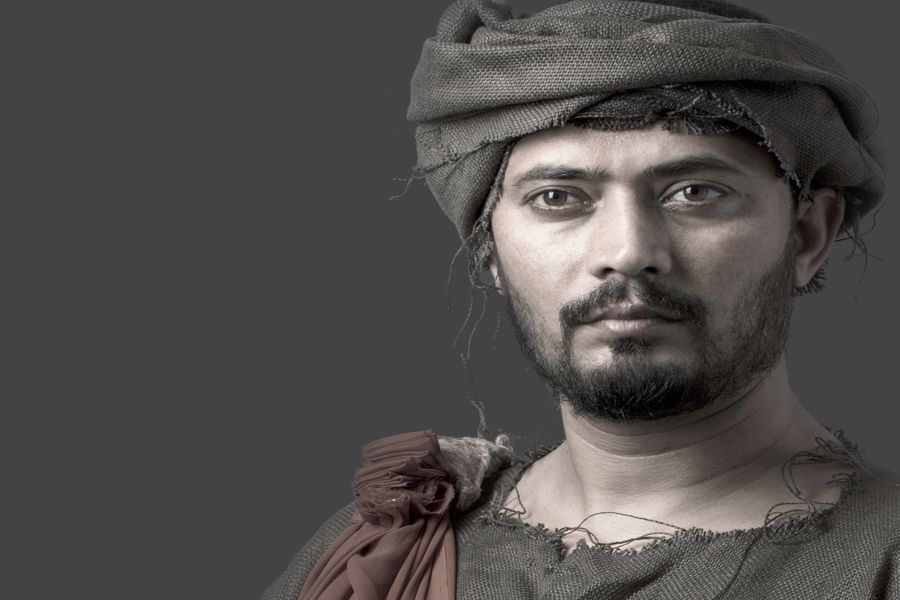 As a school student ‘Da Vinci’ Wajid Khan  was more interested in art forms than regular studies. Therefore, when his family pressurized him for good grades, he left his home and embarked upon his own journey in life, all alone. Wajid is gifted in that he can turn any material into a masterpiece. In addition, this avid learner for life is also a world-renowned inventor, environmentalist, keynote speaker, and patent holder, with fans across the world. And this is his story.

When Wajid left his home in Mandsour, Madhya Pradesh, he survived by selling used clothes, sleeping on an empty stomach, spending cold nights on footpath. But he also learned some of the biggest lessons of his life during that period of struggle. He went on to draw an auto-rickshaw to earn his livelihood. But during all this, he never let go of his dream – which was to continue with art and its experiments. It was at 14 years of age, all alone, that he made the world’s smallest iron and that was just the beginning of his artistic journey into the world of art and culture.

Away From Material World

Despite being an acknowledged artist, sculptor, inventor, environmentalist, keynote speaker & patent holder, Wajid Khan is surprisingly very detached from the material world. His exceptional contribution to the fields of Metal Art, Shadow Art, Kinetic Art, Stone Art & Iron Nail Art is widely commended. His creativity and originality has brought glory to his home, Madhya Pradesh; the home that he once fled from. So, in a way, life came a full circle for him after he made it as an artist. He is praised everywhere, by everyone, from Bollywood stars to political veterans. But he doesn't let any of it go to his head! 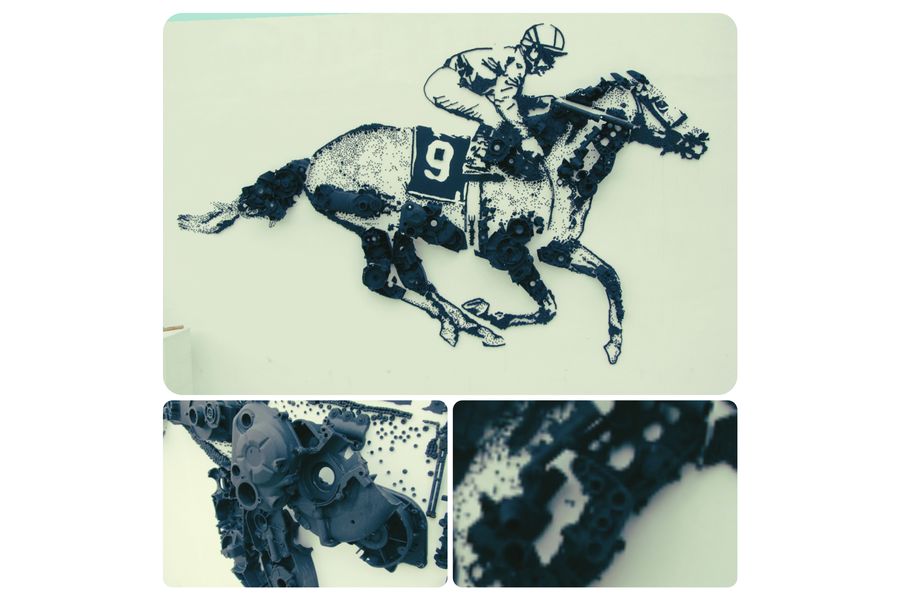 Today Wajid travels around the world, motivating millions of budding artists and students with his speeches. He is a frequent guest at TED talks, colleges and institutions, speaking his mind and the need to chase your dreams. Recently, his name was recorded in the Guinness World Records for the largest Iron Nail Mosaic art. For this, he had designed a portrait depicting World War 2. Then another World Record that he has to his name is the highest number of iron nails used for making the symbol of peace. One of his masterpieces is also depicted at the Rashtrapati Bhawan. This piece, for which he received immense praise from former President Pranab Mukherjee, is made from hammers, screws, iron nails and other metals. Another exemplary work of his, a shadow artwork of Sardar Vallabhbhai Patel is made from iron spare parts. Despite receiving numerous offers from potential buyers, he gifted it to the MP government.

In view of the current pandemic associated with COVID-19, norms of social distancing and self-isolation, Wajid is now busy with distributing free ration and food to needy students and migrants stuck in Indore. Besides, Khan is also an ardent supporter of the Indian Army and has been associated with donating a number of mural artworks to the Indian Air Force headquarters. Recently, when some miscreants pelted stones at COVID-frontline doctors and police officers, he was deeply hurt and he tried reaching out to the people of that locality. In this regard, he also made a huge picture out of stones of martyred TI Devendra Chandravanshi and a symbol of the doctor’s fraternity. This gesture was appreciated the world over.

Wajid Khan  is particularly known for his philanthropic works like free workshops for underprivileged, differently-abled, and art-loving students, teaching them how to make artwork out of anything. So far, he has taken such workshops in more than 40 countries including in Turkey, Spain, France, Germany, Qatar, Italy, and South Africa. Along with Wajid, his wife, Mariyam Wajid Siddiqui is also an active participant in such activities.

Together, they both are an inspiration to a whole generation of upcoming artists, who are struggling to achieve success in their own ways! Never stop learning, never stop chasing our dreams!

Mr. Wajid India holds dozens of world records and patents on his name. Recently, he was rewarded with two Guinness World Record Certificates for the Largest Iron Nail Mosaic Art for a portrait that depicts World War 2 and the highest number of iron nails used for making a symbol of peace. Disclaimer: The views, suggestions and opinions expressed here are the sole responsibility of the experts. No Forbes India journalist was involved in the writing and production of this article.

Tweets by @forbesindia
The prominent Russian Influencer is impelling and making lives feasible for many!
Alonzo Vega gives a new meaning to art like never seen before