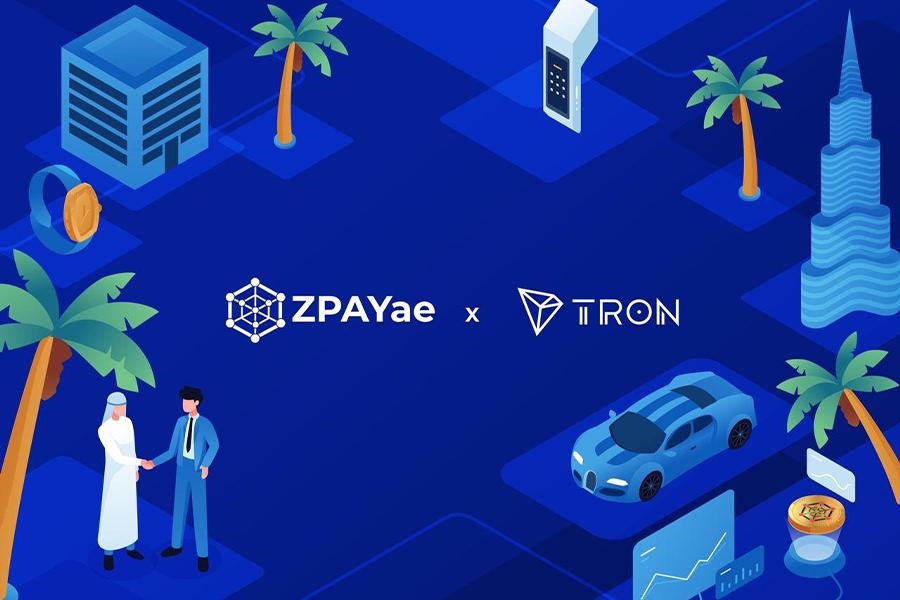 Each day when we stride towards a decentralized world, we realize how flawed the incumbent system has been, pushing humanity towards no collaborative non-synergetic approach impeding slower progress and a lesser collaborative world.

ZelaaPayAE understood this flaw of a centralized situation and has been leveraging the decentralized technology to bring people, product and technology even closer all around the rapidly advancing and transformative United Arab Emirates.

On the other hand, TRON is yet again another project which resonates at the same level as ZelaaPayAE.

TRON is a project believing in a truly decentralized internet and infrastructure. The TRON Protocol is one of the largest Blockchain-based operating system in the world which offers public blockchain. support of high throughput, high scalability and even high availability for all decentralized applications in its ecosystem, just as how ZelaPayAE envisions UAE to be as well.

With the energies and vibes being matched, ZelaPayAE and TRON (TRX) have Partnered to create a synergy.

TRON already has a stronghold in Asia Pacific and other majority of the world, Since 2017, with its establishment in Singapore, it has only moved onward and upwards, and in 2020 it was time to enter UAE to disrupt and widen Tron’s reach to the Arabic realm and economy.

ZelaaPayAE has always been eager to partner and acts as a gateway and  catalyst — a front runner in terms of synergies.

This strategic alliances is built on a common idea, vision and a mutual understanding of how great of a positive impact there should be in UAE.

Thus completely resonating with Justin Sun's Vision and his mission to make the Globe one decentralized Internet,

ZelaPayAE is excited and immensely honored to work and make TRX more mainstream by boosting its adaptability through our extensive ecosystem and resources.

United Arab Emirates is just another stepping stone for TRON.

The Middle East is a region that for decades has been at the epitome of progress and adoption, TRON would gain an audience already open to adoption and also is experiencing the power of a decentralized world in the best of spirit.

Adoption of a disruptive technology relies on a small list of factors including but not just limited to traction/awareness it creates and the ready availability of the technology.

With the support and large ecosystem of ZelaaPayAE, Tron will be exposed to the prominence and significance of the UAE market as well as its Arabic audience which comprises of key personnel of the region — in wider approach to reach millions of people around the Gulf .

On this rewarding partnership, the CEO and renowned entrepreneur Justin Sun took to his twitter to share his thoughts about Tron in UAE:

It is surely a superpower that Tron has built over the years and to be ahead of its self-governed competitors - TRX is surely in the right track, making the correct planned moves to touch this highly praised and the largest financial hub market that UAE is.

Tweets by @forbesindia
Photo of the Day: Lord Ganesh dons a face mask
Anthos Group India launch & 4 reasons why the beauty and wellness industry is turning to CBD