Yashvardhan Sharma, through his VOS Media gives a new pace to the Digital Industry

Digital Marketer, Blogger@ Viral Dunia, a lover of entertainment and also an influencer 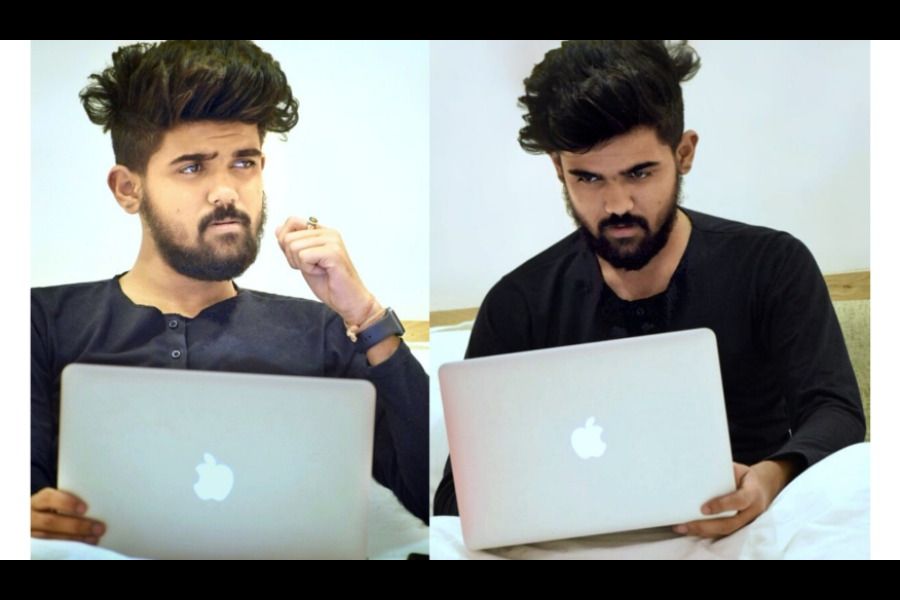 Yashvardhan Sharma, a name for best, which made a start from being better at what he did. He, on today’s date, is the founder of VOS Media and Voice Of Souls and many established pages on Instagram and Facebook. He's a YouTuber, Digital Marketer, Blogger@ Viral Dunia, a lover of entertainment and also an influencer. His name is one, but his ideas are spread over unlimited spheres of digital platforms with concepts and contents holding an expressing power, with the unstoppable flow. Since the age of 18, he has been adding up some uniqueness in the light of today. First by Viral Dunia and then with his YouTube channel having thousands of subscribers and moving ahead also through the Instagram and facebook pages like- Voice of Souls, VOS Media and Relationship Diary with an amazing flow of traffic and followers of around 20M+ on facebook and overall traffic of 40 Millions. Yashvardhan has always been a man of passion, and his passion became the desire to communicate with the use of entertainment news and later videos with original content, for all age groups. He used the means to communicate, also to showcase his talents. There has been a lot added to his list of titles, and as of now, we can’t assure what next is going to be added to his titles of appreciation. Starting from being a blogger, YouTuber, and finally, on Instagram and facebook pages, his contents have always been a mixed secret of entertainment, which one would feel hard to find at other places. As of now, this young lad from Madhya Pradesh, small-town Shivpuri, might be successful and impactful but, at the start, it was all just a start. He made it all for himself and for what he is known for. “Media is a stage and our content speaks for us, says Yashvardhan Sharma motivating young minds around” He says, “Calling myself an expert in the titles given might be wrong. When people approached me and asked me for help, for the suggestion, and for ideas, I just didn’t know what to give more than what I had in within me. All I just said to them was, I am a follower of my passion, and passion never knows to stay within the mind walls. So, if you need a suggestion, think a bit and see what your mind reaches out to and what your heart takes you at. For me, well, I am just an entertainment lover who wanted to reach people, spreading a word of motivation, and that’s what I am doing. Hope you find yours too.” Yashvardhan, as on today, is connected with Viral Dunia, Voice of Souls, VOS Media, Relationship Diary, and along with his team, ensures to reach out to the crowd with the amazing pieces of news and content-filled words. Starting a YouTube Channel is not hard, but getting the subscribers and making sure they like the content and relate to it was one of the biggest challenges he has faced. In spite of that, he made sure to never give up on his dream of having his own YouTube channel. Being faced with criticism to put an end to his channel motivated him to give better content to people. His friends and family helping him endlessly in his fight, and not giving up. Trying hard not to be a disappointment to himself has made him so proud of himself to keep holding and keep moving forward. Nothing comes overnight, and all the subscribers, recognition, likes, all of it requires a dedicated mind which Yashvardhan had, and he knew how to use it as a responsible person. He is known as a person of content and a right digital marketer who works with more enthusiasm than the feeling of tiredness. For him, it is all digital, and therefore it is all amidst the same line but different platforms, which he and his team can manage easily. Well, Yashvardhan might be a team person, but he is also a great influencer whose words have reached out to many and affected them at large. For him, it is all just daily life learnings, but for the world, he is one true saviour at times. But if we look upon his one true line of motivation, he says- “Media is a stage, and our content speaks for us. So, step up, learn, guide, and ensure the world to be just not a place to be, but to learn and to live a life of passion and a life of originality.” Disclaimer: The views, suggestions and opinions expressed here are the sole responsibility of the experts. No Forbes India journalist was involved in the writing and production of this article.

Tweets by @forbes_india
Dr. Pratayaksha Bhardwaj holds the key to healthy Weight Loss
Why your next brainstorm should begin with an embarrassing story