While the budget does take steps to improve the investment climate, the jury is still out on the government's ability to implement all that it has promised 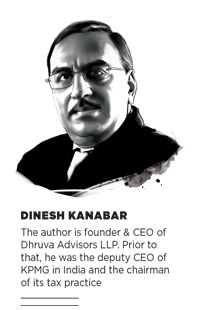 Union Budget 2015 was widely awaited as the first real big bang budget of the new government; while the expectations were tempered by the Economic Survey presented on the preceding day, everyone was watching to see how the government lays down a framework for promoting investment, contains fiscal deficit and counters tax-terrorism, a term which it had coined to define how tax policies were implemented by the previous government.

The Budget does contain some significant provisions which should promote the investment climate, does simplify laws in many respects and yet, it does not follow through on the intent and leaves many questions unanswered apart from raising new ones.

The proposal to set up a committee to provide ease of doing business and to rewrite direct tax laws to bring them in line with global practices with low tax rates and minimal deductions and exemptions is welcome. This is the first time that a finance minister has announced that tax rates will be pre-defined for four years; the proposed reduction from 30 percent to 25 percent will make the rates in India competitive with those in the region.

There are a few proposals which are welcome. The first is the deferral of GAAR (General Anti-Avoidance Rule). The two-year hiatus will provide respite from the uncertain tax environment and should be used to build trust between the revenue department and the assesses. This period should be used for creating a framework on how GAAR will be implemented. 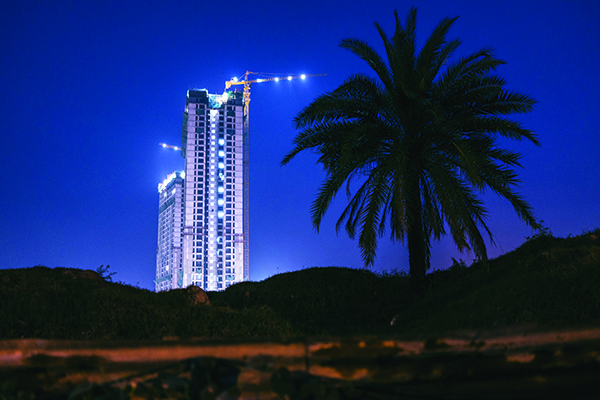 Image: Getty Images
A serious attempt has been made to ensure that transfers to Real Estate Investment Trusts (REITs) are tax-free and that the entities are regarded as pass though

The next proposal is the doing away of Minimum Alternate Tax (MAT) on the book profits of FIIs. While this is a welcome provision, it is likely to create uncertainty; the provisions apply only to FIIs and, by implication, other foreign investors who do not have a presence in India could be regarded as covered by MAT. The income exempted is capital gains which leaves income like interest out of its purview and subject to MAT. I hope these anomalies get addressed before the Finance Bill becomes an act.

Similarly, the proposal that the presence of managers in India appointed by foreign funds will not result in the funds having a permanent establishment in India appears positive. However, there are conditions which need to fulfilled. Several of these conditions are either not capable of being fulfilled or are capable of multiple interpretations.  For example, would the appointment of directors by a fund in an investee company mean that the fund is managing a business in India and therefore not eligible to be covered by the proposed provisions?

The provision on indirect transfers is definitely a plus. It has been clarified that an overseas transfer will be regarded as taxable in India only if more than half of the gross assets are situated in the country. If there are assets in and outside India, the tax in India would be on a prorate basis in accordance with the rules to be formulated. Finally, if the overseas transferor does not control the Indian company and the shares transferred are less than five percent of the equity of the entity, the transaction would not be regarded as taxable in India. These would help provide clarity on overseas M&A. What is needed is a clarification that the changes come into effect from the date of the original provisions and that protection under tax treaties will be available.

A serious attempt has been made to ensure that transfers to Real Estate Investment Trusts (REITs) are tax-free and that the entities are regarded as pass though. Where the provisions fall short and may therefore fail to achieve the objective of promoting REITs is that MAT continues to apply to the gains arising out of such transfer. Without this exemption, progressing on this regime may be difficult. One of the most-talked-about expectations, of reduction of MAT on SEZ income, has also not come about!

There are two other provisions which are likely to have a significant impact on corporate India and on individuals going forward.

One very significant change is the introduction of the concept of place of effective management (POEM). A foreign firm will be regarded as a resident of India (and therefore liable to tax in India) if its effective management is in India ‘at any time during the year’. Effective management resides where, in effect, decisions relating to the business are taken. Two situations can be envisaged here. First, a foreign company holds the meeting of its board of directors in India. Surely, the management of its business could be regarded as being in India at that time. Second, corporate India is going global and Indian firms have subsidiaries overseas.  The operations of these subsidiaries would now come under a scanner to examine whether their business is managed out of India. I foresee a spate of litigation on this subject.

The second provision is with regard to black money. It is sought to be provided that if assets are found to have been located overseas, there would be a presumption that the Prevention of Money Laundering Act will apply. The penalty on such income would be 300 percent of the tax and the term of imprisonment would be ten years. Clearly, there is a need for a serious deterrent to overseas hoarding of funds and a clear need for punitive action. The implementation of such provisions in the hands of the field officers should not lead to undue harassment.

The two clear misses of the Budget include no timetable for the rollout of Goods and Services Tax (GST). The other is there was nothing significant on the Make in India initiative. The abolition of special additional duty, the reduction in withholding taxes for royalties and the additional depreciation for industries set up in Telangana and Andhra Pradesh are baby steps.

A lot more could have been done on the inverted duty structure and other aspects to promote this concept.

As I said, it is a very good budget on intent. There are slippages in drafting and the proof of the pudding will be in its implementation.