Finance Minister Arun Jaitley is banking on a public investment-led infrastructure push to power India's economic ascension. And his good intentions seem to be backed by a real plan 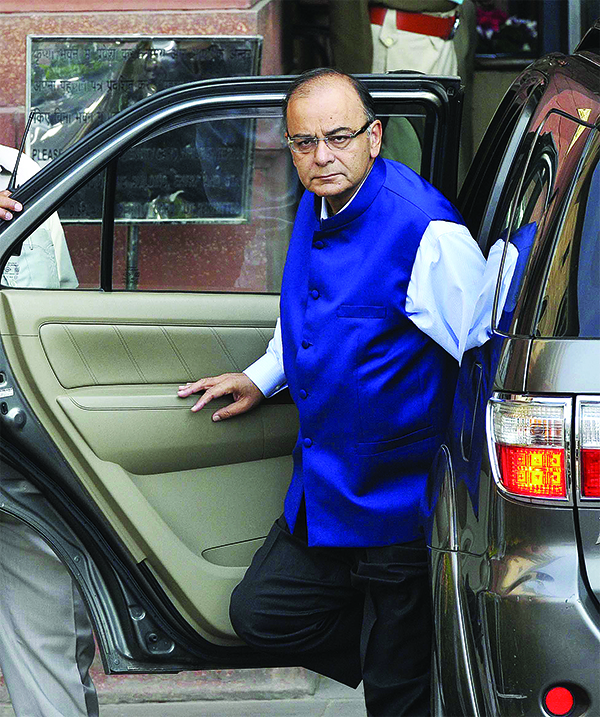 It was clear at the outset that Finance Minister Arun Jaitley would need to tread a different path to break the vicious cycle that held the Indian economy hostage to sub-optimal growth. Fresh investment has been on the decline—it fell by over 3.5 percent of the gross domestic product (GDP) between 2011-12 and now, and this weighed down on growth. The private sector’s investment pipeline was dry. The government too had its compulsions. Fiscal consolidation as mandated by the Fiscal Responsibility and Budget Management Act left it with little scope to invest heavily.

Without investment from the private sector or the government, greater infrastructure needs cannot be met, and a higher growth rate cannot be achieved. Jaitley has to find a way out of this quagmire and revive the investment cycle. This was his challenge while presenting the Narendra Modi government’s first full-year Budget on February 28. And it appears that it has been deftly handled.

Jaitley announced that government and public sector undertakings (PSUs) will lead the way in reviving the investment cycle through a massive dose of public investment. In 2015-16, the total public investment (capital expenditure, both by the government and the PSUs) will be Rs 4,77,354 crore as against Rs 3,47,458 crore in 2014-15, an increase of Rs 1,29,896 crore of which Rs 70,000 crore will go into funding infrastructure projects.

“These investments would certainly help revive the investment cycle,” says Baba Kalyani, CMD, Bharat Forge. But what is not very obviously stated is that the manner in which fresh investments take place in the Indian economy, especially in infrastructure, is changing.

“Infrastructure projects cannot be taken up by the private sector alone. World over it is the government which creates the infrastructure, either on its own or in partnership with the private sector,” says Surjit Bhalla, economist and CMD, Oxus Investments (an economic research, asset management and emerging-markets advisory firm). “The finance minister has done the right thing in getting the government to take a lead in this. The public investment will draw in private investment in due course of time.” He considers this Budget the most important one after 1991, when Manmohan Singh as finance minister opened up the Indian economy in the backdrop of an acute payment crisis.

The thrust on public investment was inevitable. “The minister had little choice but to take this route. The Economic Survey, 14th Finance Commission and Expenditure Management Commission were consistent in sending out the message that the government needs to step in to give a booster dosage to the economy,” says Mukesh Butani, managing partner and non-executive chairman, BMR Advisors, a professional services organisation.

To do that, Jaitley had to find a way to manage the fiscal consolidation roadmap. He took a bold stand that kick-starting growth was a greater priority than short-term fiscal consolidation. He announced that the government will reach the fiscal deficit target of 3 percent not in two but three years. “I want to underscore that my government still remains firm on achieving the medium-term target of 3 percent of GDP. But that journey has to take account of the need to increase public investment… Rushing into, or insisting on, a pre-set time-table for fiscal consolidation pro-cyclically would, in my opinion, not be pro-growth,” he said in his Budget speech. 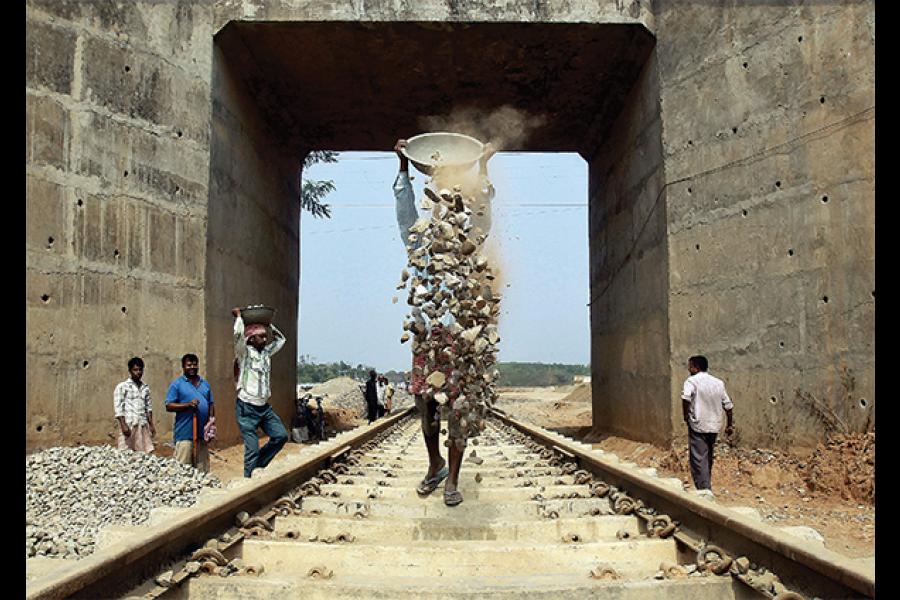 Image: Jayanta Dey / Reuters
Labourers work at the installation site of a new railway track on the outskirts of Agartala, capital of Tripura

But in 2014-15, he seems to have done just that. According to Nomura Securities, the fiscal deficit target of 4.1 percent has been achieved despite shortfall in revenues, by sharply cutting back on plan expenditure.

But there was another reason too for him to go easy on fiscal consolidation this time. The 14th Finance Commission had called for a larger share of central resources to be transferred to the states which the government has accepted. “I had a choice to make. If the government sticks to the fiscal deficit target of 3.6 percent in 2015-16 which was made prior to the submission of the 14th Finance Commission report, we would have to cut a large part of the public spending. So I found a balance—reach 3 percent in three years, and this provides enough money for public investment in infrastructure,” Jaitley explained at a post-Budget press conference.

Now the focus shifts to the Reserve Bank of India (RBI). Will it play ball with the finance minister’s decision to relax fiscal consolidation and continue to reduce the repo rate in its April credit policy? “I see this as an effort co-ordinated with RBI. What is the point in the finance minister having a confrontation with the central bank? If RBI refuses to drop the interest rates, a higher pace of economic growth will not materialise and this will affect all his plans,” says Butani.

Bhalla expects RBI to view this decision in the same way as the government. “RBI should not take a hawkish view as a bulk of the public investment will happen in infrastructure and it will go a long way in easing the supply side bottlenecks that typically push up inflation,” he adds. But Nomura expects only a 25 basis points cut in the repo rate. “An expansionary fiscal policy reduces the need for an expansionary monetary policy. We continue to expect a 25 basis points cut in repo rate on April 7 followed by an extended period on hold till 2018,” it says in its report.

This government’s job is not done by just increasing the availability of funds for infrastructure projects. It intends to do a lot of lead work. “The PPP mode of infrastructure development has to be revisited and revitalised. The major issue involved is rebalancing of risk. In infrastructure projects, the sovereign will have to bear a major part of the risk without, of course, absorbing it entirely,” Jaitley said in his speech. Butani sees this as a major step. “The present PPP model is not working as effectively as it should. This has pushed the government into a corner and to assume disproportionate risks,” he says.

The government will also set up plug and play infrastructure projects which will have clearances before the projects are awarded by an auction system. Five new Ultra Mega Power Projects (UMPPs) each of 4,000 MW are being planned. Similar projects are under consideration in roads, ports, railways and airports. Another important effort is the Public Contracts (Resolution of Disputes) Bill that will be tabled in Parliament soon. The law will put in place institutional arrangements for resolution of such disputes and experts say a lot of infrastructure projects mired in legal tangles can, thereafter, get completed.

“The push for a strong debt market, a special purpose vehicle for infrastructure financing, new land reforms law, efforts on ease of doing business and tax-free bonds for road/irrigation and housing projects add to the heft already given to infrastructure in the budget,” says Bhalla.

And, as Butani puts it, “The underlying philosophy of the Budget is that growth and infrastructure are inextricably linked. We have heard this being said many times before but it is in this Budget that there have been concrete actions.”