The budget is a bit conservative but sensible; the FM has taken the road that minimises risks for the economy but still has made strong bets on chosen sectors 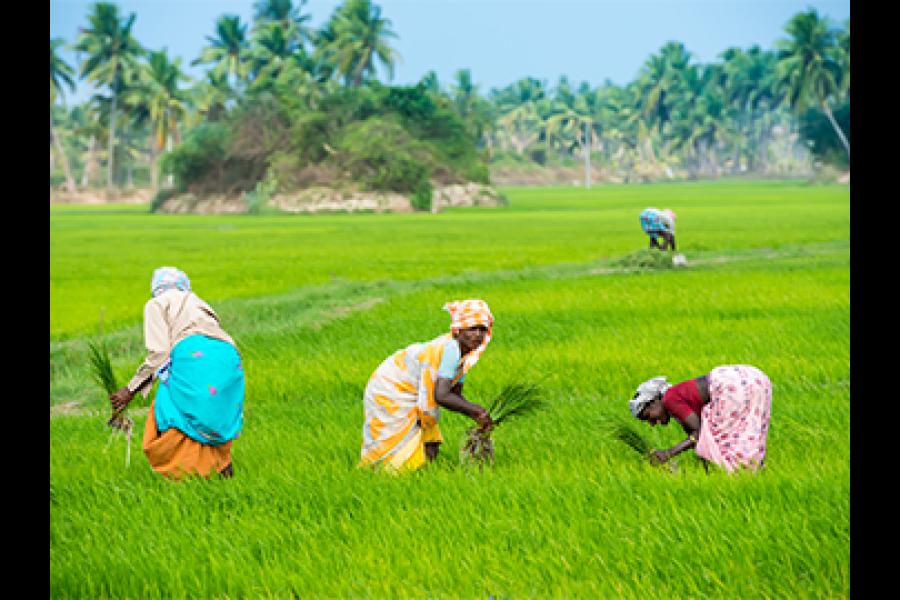 Image: Ailisa / Shutterstock.com
The allocation of Rs 38000 crores to MNREGA is bold and can reap long-term benefits for the rural economy and create the much needed rural demand.

Finance Minister Arun Jaitley has presented a focussed budget that has made allocations to sectors that are at the top of the priority list of the NDA Government. Rural infrastructure, farmers, road infrastructure, manufacturing and startups have emerged as the winners in this year’s budget.  Manufacturing is at the centre of this government’s policy decisions and it is good to see that the Union Budget has some positive news for this sector.

Additional allocation of Rs 1,80,000 crore to Mudra and a simplified 25 percent corporate tax rate for new companies setting up manufacturing units will help promote industrial activity and serve as a catalyst for employment generation. If the FM had exempted such companies opting for the lower tax rate in lieu of the exemptions from MAT, it would have been a great positive.

The budget strongly focuses on the agricultural sector, which of course is in need of repair. The allocation of Rs 38,000 crore to MGNREGA is bold and, if used smartly, this investment can reap long-term benefits for the rural economy and create the much needed rural demand. Bringing in five lakh acres of land under organic farming in the next three years, implementation of the online procurement system under Food Corporation of India and a unified agricultural marketing ePlatform to connect better with the wholesale agriculture markets are initiatives that will help bring the farmer to the mainstream and create a national market for agricultural products. Agriculture loans have been a contentious issue brewing in India for decades. The provision of Rs 15,000 crore for interest subvention for agriculture loans should help in solving this chronic problem. Bad monsoons have led to tonnes of crop failures in the last fiscal, the finance minister’s promise to set up an initial corpus of about Rs 20,000 crore for a dedicated long-term irrigation fund in Nabard is a ray of hope to the farmers.

While India has seen some significant growth in infrastructure development, it also awaits an impetus in certain key areas of the country. The government has proposed to invest Rs 2.21 lakh crore for infrastructure development in 2016-17. Under this, Rs 97,000 crore will be allocated for the road sector including those of the rural areas. A total capital expenditure of Rs 2.18 lakh crore on roads and rail development will be made. If implemented effectively, this should change the landscape of transport infrastructure and significantly improve connectivity, bringing down the costs and of course creating demand and employment.

The minister has also stated the intent to revive 160 airports and airstrips in the country. This can be done at a cost of Rs 50-100 crore each. Designing a credit rating system for infrastructure in India should help in making finances available for Infrastructure easier and at lower cost. The investments proposed in the Union Budget coupled with the investments outlined in the Railway Budget and allocation for ports and inland waterways, is the biggest focus on improving transportation infrastructure in recent years and one of the biggest positives of this year’s budget.

Growing Non-Performing Assets (NPAs) of Public Sector Banks (PSBs) led to their highest-ever quarterly loss of Rs 12,000 crore in the third quarter of FY16, leaving the banking sector stressed. Creating a framework for banks to deal with NPAs has been a priority for this government. While the government’s idea to unveil a roadmap for consolidation of PSBs is a valid assurance, only time will tell whether the infusion of Rs 25,000 crore will be adequate for recapitalising the banks.  Amendments to the Sarfaesi Act and tax incentives to Asset Reconstruction Companies should also prove to be a vital step in dealing with NPAs.

Startups getting a 100 percent tax exemption for a period of three years is a much-expected move and the announcements with regard to the startups were expected based on the policy intent outlined by the prime minster earlier in the year.

Overall, the budget can be seen as a bit conservative but sensible—those who were hoping that the FM will be more daring and take some risks to get a stronger “feel good” factor for corporate India will probably be disappointed as will be individual tax payers. Given the uncertainty and weakness in the global economy, the FM has taken the road that minimises risks for the Indian economy but still has made strong bets on chosen sectors. Robust execution of the proposals and institutional strengthening for effective implementation of these undertakings will determine the success of this approach.