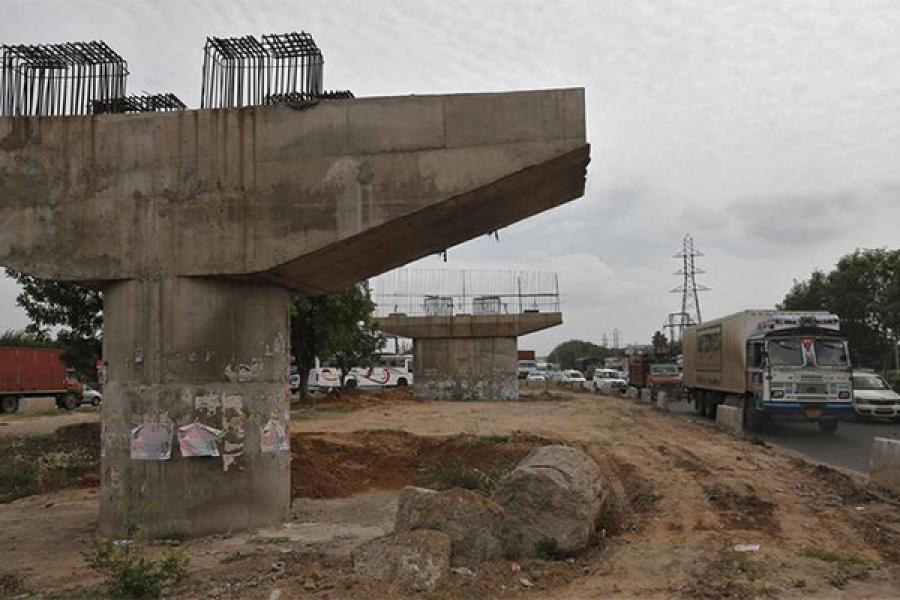 A big headline number for investment in infrastructure and a dispute resolution mechanism to ease the woes of private companies partnering in creating this infrastructure is what the Union Budget 2016 had in store for one of the crucial sectors of the Indian economy.

The Budget allocated Rs 2.21 lakh crore for creating new infrastructure, including roads and railways. Other potential investments in developing ports and airports were also outlined, though Minister of Finance Arun Jaitley didn’t specify the amount of such investment.

“I have proposed an allocation of Rs 55,000 crore for roads and highways. This will be topped up by an additional Rs15,000 crore, to be raised by NHAI [National Highway Authority of India] through bonds,” Jaitley said in his budget speech. As part of plans to create much-needed infrastructure in the country, the Centre and state governments will also be spending a total of Rs 27,000 crore in 2016-17 to build new roads under the Pradhan Mantri Gram Sadak Yojana.

Jaitley emphasised that the NDA government was speeding up the building of new roads, adding that the construction of new national highways of 10,000 km would be approved in the next fiscal.

The central government also intends to partner with state governments in developing 160 airports and air strips that are now lying defunct, and which can be revived by spending Rs 50 crore to Rs 100 crore on each.

Jaitley indicated that funds would not be a constraint on the government’s focus on building infrastructure, which has a direct positive impact on economic growth and job creation. “To augment infrastructure spending further, government will permit mobilisation of additional finances to the tune of Rs 31,300 crore by NHAI, PFC [Power Finance Corp], REC [Rural Electrification Corp], IREDA [India Renewable Energy Development Agency], Nabard [National Bank for Agriculture and Rural Development], and Inland Water Authority, through bonds,” he said.

Electrification of India’s rural households was another aspect of infrastructure that found place in Jaitley’s speech. The government, he said, was committed to achieving 100 percent rural electrification by May 1, 2018; Rs 8,500 crore had been allocated for the Deendayal Upadhayaya Gram Jyoti Yojna and Integrated Power Development Schemes.

Adi Godrej, chairman of the Godrej Group, said the focus on building infrastructure, especially in the rural areas, along with other rural reform measure outlined in the budget, would “help rural income grow and thereby boost demand”. This helps FMCG businesses like Godrej Consumer Products.

The other key announcement related to infrastructure was the government’s plan to introduce the Public Utility (Resolution of Disputes) Bill in Parliament in 2016-17 with the aim of “streamlining institutional arrangements for resolution of disputes in infrastructure-related construction contracts, and PPP [public-private partnership] and public utility contracts. Guidelines will also be issued for renegotiation of PPP concession agreements,” keeping in view the long-term nature of such contracts and potential uncertainties of the real economy, without compromising on transparency, Jailtey said.

Mechanisms to resolve disputes were a long-pending demand from infrastructure companies. Hemant Kanoria, chairman and MD of Srei Infrastructure Finance Ltd had told Forbes India in a recent interview that capital of Rs 5 lakh crore could be released and re-deployed by private companies towards infrastructure building if outstanding disputes could be resolved.

“While the budget provisions could have been made more substantive with respect to the urgent needs of infrastructure development, they seem to be adequate to keep the economy moving forward in the coming year,” said Vishwas Udgirkar, senior director, Deloitte India. “However, the conversion of these announcements in to reality and the subsequent impact remains to be seen.”