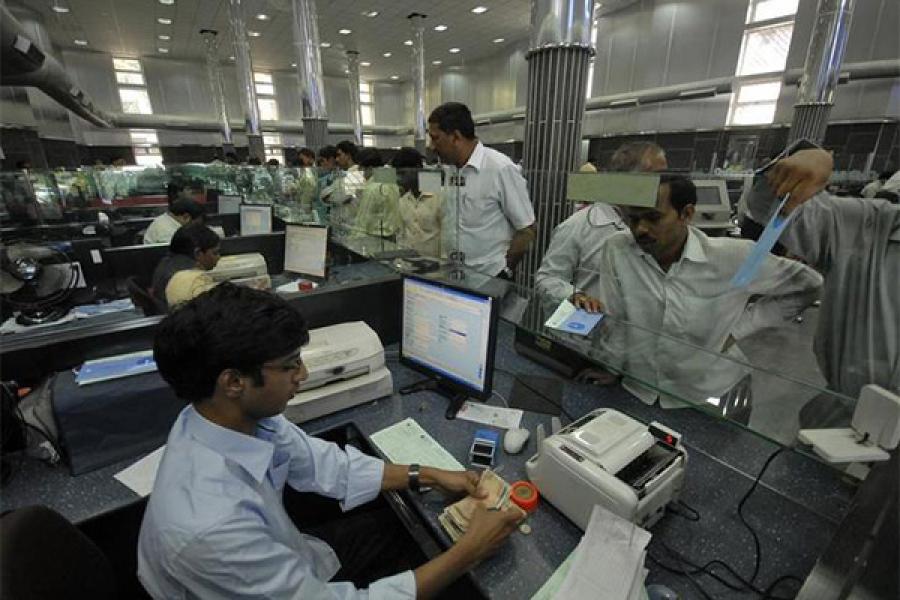 Stock markets and analysts have given a thumbs-down to the Union Budget’s lower-than-expected allocation towards recapitalisation of public sector banks (PSBs), which are struggling to cope with rising bad loans.

Minister of Finance Arun Jaitley announced an allocation of Rs 25,000 crore in FY2016-17, which analysts have seen as “inadequate”; this led to a slide in the stock price of several banks, although prices recovered in late afternoon trade with the waning of the initial disappointment.

Most analysts and industry experts had expected Jaitley to announce an allocation of about Rs 35,000 crore towards recapitalisation of PSBs. This figure, analysts believe, forms part of the Rs 70,000-recapitalisation that the government had announced in the previous budget, for a four-year period until FY2019.

“The government is not putting in extra money [where it is required],” says Pankaj Agarwal, analyst at Ambit Capital. “This is not what banks had expected.’’ Agarwal estimates that PSBs need capital to the tune of $30 billion to $40 billion, while only about $6 billion to $7 billion is being injected.

Santosh Singh, head of research at Shanghai-headquartered Haitong Securities, said, “Several PSU banks are still vulnerable. The key will be how the government helps them and how they help themselves.”

Senior bankers, however, said the markets appear to have “run away” with unrealistic expectations regarding the recapitalisation of banks. “The market had run away with expectations of a higher [allocation] figure. I am neither worried nor disappointed by the figure announced,” says Shanti Ekambaram, president, consumer banking, at Kotak Mahindra Bank. She said other policy announcements would ensure that asset reconstruction companies (ARCs) help remove some pressure that banks face.

Ekambaram also found assurance in Jaitley’s observation that if additional capital was required by PSBs, the government would find the resources for providing it. “We stand solidly behind these banks,” Jaitley said in his budget speech.

The October-December financial quarter was one of the worst ever for PSBs. While many lenders reported steep declines in profit, others were faced with heavy losses due to higher provisioning for bad loans. Non-performing assets (NPAs) for many PSBs have risen, with even some private lenders reporting weaker-than-expected quarterly earnings. Analysts say that most of these banks may continue to face a few more weak quarters.

Total weak assets in the Indian banking sector are estimated to touch Rs 5.3 lakh crore, or 6.3 percent of total advances, by the end of this financial year, according to a May 2015 forecast by ratings agency Crisil. This figure is set to be revisited, Crisil has added.

As per the RBI’s asset quality review, banks have been asked to identify NPAs and make provisions for loans that have a potential weakness.

In February, the country’s largest lender, State Bank of India, reported a huge 67 percent fall in its third quarter net profit, hit by a higher provisioning for bad loans that amounted to Rs 7,644.52 crore. Bank of Baroda, which posted a Rs 3,342-crore loss in the same period (reportedly the highest in India’s banking history), had NPAs worth Rs 38,943 crore. Others, like Central Bank of India and Allahabad Bank, and even private lenders like Axis Bank and ICICI Bank, have reported weaker-than-expected earnings.

Jaitley also announced additional reforms in the form of operationalisation of a Bank Board Bureau in 2016-17.  The bureau will aim to help PSBs by recommending leadership positions and board members and advising them on how to raise more capital.