Government must link budget to its broader goals: Vijay Govindarajan

India's focus should be on growth, but in a manner that is responsible, compassionate and typical of inclusive capitalism 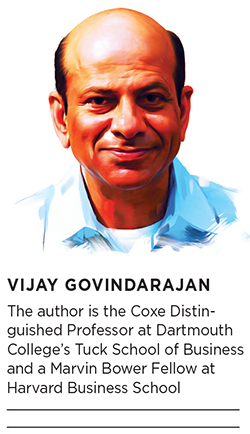 The Narendra Modi-led government that assumed power in May 2014 came in with a great deal of expectations. While it has done a few things well—built a positive image for India abroad, avoided any major case of corruption, and projected a pro-development image with campaigns like Make in India, Digital India and Start-up India—there has also been a gap between what was expected of it and what it has delivered.

The Indian economy growing faster than China is perhaps more a function of the Chinese economy slowing down. So we cannot really take comfort in what we have accomplished so far.

In this context, Budget 2016 will be a make or break budget for this government, as it comes close to a mid-point in its lifespan. People want to see results and economic growth is imperative to create jobs for millions of young Indians.

When a company announces its budget at the beginning of the financial year, it is within a strategic framework, keeping certain goals in mind. Similarly, before articulating what the finance minister should focus on in the Budget, it is essential to understand what India’s broader goals should be.

One goal is growth and the other is social justice. Often, a country is compelled to pursue one of these goals at the expense of the other. Since Independence, India’s focus has been more on social justice. While that may have been the need of the hour in 1947, absolute socialism hasn’t yielded good results in countries like the erstwhile Soviet Union. Also, in a country like India, with a population of 1.2 billion people, if the pie has to be divided equally among all, each person would receive a very small, meaningless share.

Should India then embrace growth as is manifested by the American form of capitalism, which expects the success of a few individuals to percolate or ‘trickle’ down to the lower strata of society? That may not work in India either since the characteristics of poverty in the US are radically different from those encountered in India. In the US, even the poor own cars, a house and have access to health care and education.

One solution for India could be to focus on responsible and compassionate growth, typical of inclusive capitalism. Where private enterprises are conceived and grow in size, scale and economic value while creating largescale employment for those who need it. Dr Devi Shetty’s Narayana Hrudayalaya is one such example. 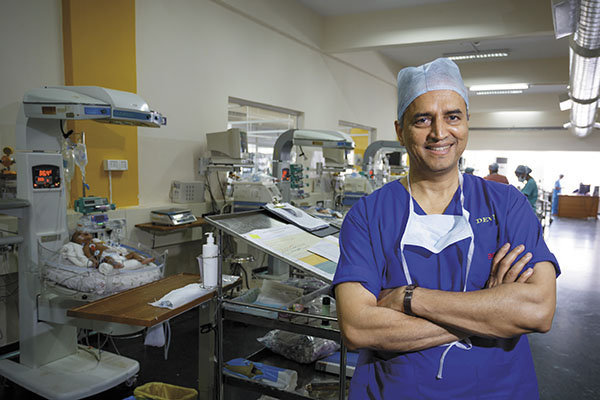 So what can the government do in the Budget to fulfill the mandate of inclusive capitalism? First, public spending needs to be stepped up. By this, I don’t mean that the government should do the work. Businesses should run businesses, but the government has to create an enabling environment by providing capital outlay for infrastructure creation, provide subsidies and other incentives. Sectors like health care and education need massive overhaul in India. The per capita expenditure on health care in India is $40, whereas in the US it is $7,000, and the difference is there for everyone to see. India has some world-class educational institutes like the Indian Institutes of Technology and the Indian Institutes of Management, but they are accessible to only a handful. We also need copious amounts of investment to build roads, ports, railways and airports.

Fortunately for the government, global crude oil prices continue to drop. But retail fuel prices in India still remain high, which implies that the excise charged by the government on such fuel sales is still at the old levels. So there is a lot of money in the government’s pockets.

The other thrust area in the Budget has to be catalysing private spending with the right policies. The CEOs in the US and other countries are very upbeat on India. Most countries in the world are growing at 1-2 percent, while India still grows at 7 percent. Then why is it that foreign investment is still not flowing into India in a big way? It is because doing business in India can still be extremely frustrating with red tape leading to delays, and confusion in the tax regime, which varies from state to state.

It is common sense that a unified Goods and Services Tax (GST) is essential to create a common market in India. If there is a political logjam that is preventing GST from being implemented, Modi needs to show his leadership skills and arrive at a common ground with the opposition.

Exports by Indian companies have declined of late, mostly due to cooling down of demand in China and the rest of the world. This hurts Indian manufacturing. But there is a silver lining. The fact that the rest of the world is growing slowly means that if India can get its act together, it can be an attractive investment destination for foreign companies. This is possible if India can create demand through consumption by Indians, which is why massive public spending is needed.

We also need to encourage and incentivise high-tech manufacturing in India, like in Germany, to protect manufacturing from cost pressures from other emerging countries where labour may be cheaper than in India.

Another area of focus should be to remove stumbling blocks in the way of incubating and growing startups to meaningful size and scale. There should be an allocation towards the creation of an innovation lab, which will not only provide physical workspace and access to venture capital for budding entrepreneurs, but also expertise needed to aid these entities in developing high-value, low-cost solutions that will find relevance not only India but also around the world.

The time for India to find its rightful place in the world economic order has come. Failure to achieve this could turn India’s demographic dividend into a demographic disaster.

Tweets by @forbesindia
Forbes India CEO Dialogues: Time to step up the pace
India's Rs-251 smartphone: Is it a pipe dream or for real?