India's Rs-251 smartphone: Is it a pipe dream or for real?

A full-fledged smartphone at less than the equivalent of $4, without subsidies, is either impossible or a scam, say industry executives 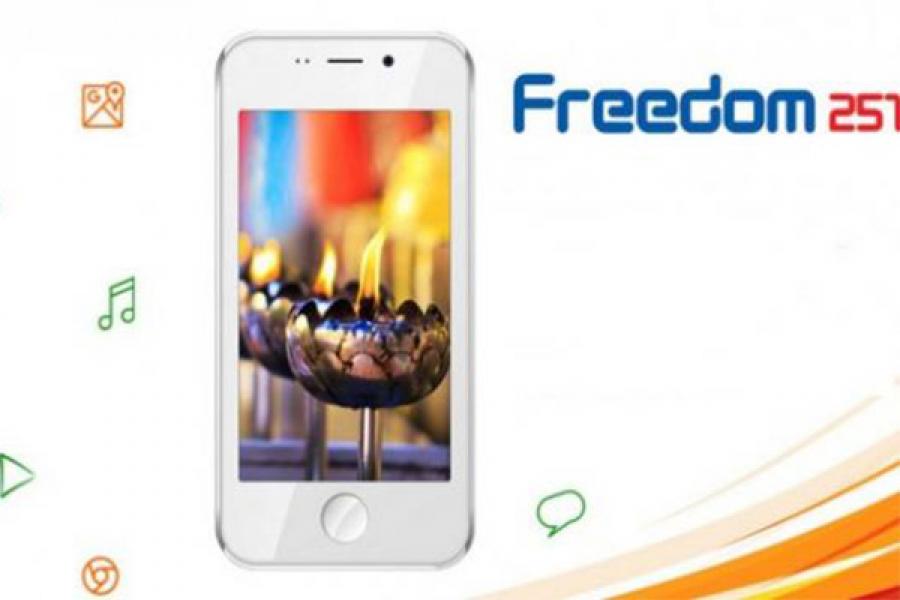 "Sapne Sach Honge," says the tagline on some of the images circulated to promote a Rs 251 (less than $4) smartphone that a little-known company out of Noida, near New Delhi, Ringing Bells Pvt. plans to sell starting June. Meaning, "dreams will come true."

That price, given the specs, which includes a processor running at 1.3 GHz, a 4-inch display, expandable storage and even 3G support, would make the Freedom 251, running on Android Lollipop, by far the cheapest smartphone, ever - a dream phone indeed. Cheaper than most feature phones even.

Industry executives and analysts alike have reacted with a mixture of anger, calling it more a pipe dream, a scam, even, and dismay that this will actually hurt more genuine efforts at producing affordable smartphones for the next billion.

India makes none of the important components needed to put together modern smartphones - such as the display or the battery or the camera, and certainly not the processors. Just the cost of the components, at the bill-of-materials level would be in the range of Rs 2,500, pointed out Pankaj Mahindroo, president of the Indian Cellular Association, a mobile devices industry lobby.

"And there's no subsidy model they have with any operator, we've checked that... It's absurd, it's a scam," he said. ICA has called for an investigation into Ringing Bells' plans.

At the launch of the phone on Wednesday, Ringing Bells handed reporters handsets of a different brand, several media reports said, with the logo masked out in the front and covered with stickers of India's tricolour on the back. These handsets were "beta devices," the reports cited the company's president Ashok Chadha as saying.

The company is taking orders online for the handsets, promising delivery by June. This represents either a loss of Rs 260 crore rupees (around $40 million) or a surplus of Rs 52 crore ($8 million) by June, Tarun Pathak, a senior analyst at Counterpoint Technology Market Research, estimates.

This is based on the estimates that each handset represents a loss of at least $20 and the demand for this phone could be up to 2 million units in a quarter.

Other efforts, including those that are widely accepted as genuine projects - such as Mozilla Corp.'s smartphone running Firefox - didn't work either, Pathak said, as they didn't grasp the consumer's need for "value" in a smartphone instead of it being "cheap."

He added: "Freedom 251 with its announcement of $4 phone certainly captured the attention of the country, but we believe that it is going to backfire in a big way due to lack of sustainable business."

Tweets by @forbes_india
Government must link budget to its broader goals: Vijay Govindarajan
At the end of Spotlight, we were all a bit teary-eyed: Walter Robinson of The Boston Globe