At the end of Spotlight, we were all a bit teary-eyed: Walter Robinson of The Boston Globe

Walter Robinson, editor-at-large at The Boston Globe newspaper, talks about investigating and reporting child abuse by clergymen, for which his team won the Pulitzer, and which is now the story of Academy Award-nominated film Spotlight 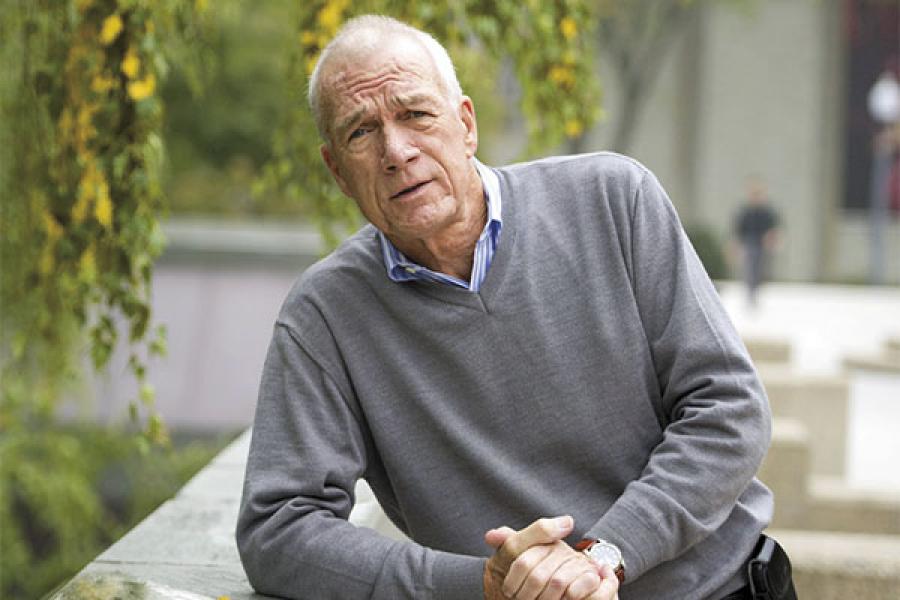 In 2001, Spotlight, the investigative journalism team of The Boston Globe newspaper, began working on uncovering incidents of sex abuse by priests of the Catholic Church and the conspiracy of silence surrounding them.

What began with digging deeper into one incident of child abuse by a clergyman expanded into an investigation covering almost 90 priests and scores of victims in Boston. The upper echelons of the church appeared to have known about these shocking events but remained silent. Boston, a city richly forged by its Catholic heritage, appeared, at best, unknowing of this scandal, and, at worst, unwilling to uncover it until it was broken open by the Globe’s trailblazing work of journalism.

Once the story broke in early 2002, abuse was reported in multiple other parishes, and more and more victims started coming forward. The pressure gradually built up and forced the church to take a harder look at itself. In 2003, the Globe’s team of journalists won the Pulitzer Prize for Public Service for its investigation.

The film Spotlight, directed by Tom McCarthy, focuses on the 2001-02 period and tells the story behind the story by following the Globe’s team and the scandal they unearthed. The film starring Michael Keaton, Mark Ruffalo, Rachel McAdams and Liev Schreiber has been nominated for six Academy Awards this year, including Best Picture and Best Director.

Keaton plays Walter Robinson, The Boston Globe editor who led the four-member team of journalists in investigating the clergymen in 2001-02. He had previously served as foreign correspondent and city editor for the newspaper before heading the Spotlight team for seven years. He later became Distinguished Professor of Journalism at Northeastern University in Boston. He returned to the Globe in 2014 as editor-at-large.

Ahead of the film’s February 19 release in India, Forbes India spoke to Robinson, 70, about journalism and what it felt like to be played by Keaton on screen. Excerpts:
Q. What were your anxieties before being a part of Spotlight and your response after watching it?
Our original anxiety was that Hollywood would sensationalise the subject, and not do justice to what really happened and the impact that the abuse had upon so many thousands of children. But we knew from the extraordinary amount of research done by screenwriter Josh Singer, and director and co-writer Tom McCarthy, that they were intent on getting the story right. I think it’s fair to say that we [Globe’s journalists] were all emotionally affected when we saw the depiction of our work. At the end of the film, we were all a bit teary-eyed. But we were surprised to see that many people in the audience were too.

Q. What did Michael Keaton have to do to get to know how to play you?
Before we first met, Michael spent quite a bit of time watching videotapes of appearances I had made on television news networks over the years. He wanted to learn how I spoke, what my mannerisms were. He is a great actor, but even great actors seldom have a chance to play real people. So as we got to know one another, he asked lots of questions about how I did things, how I thought about life and how I approached journalism. 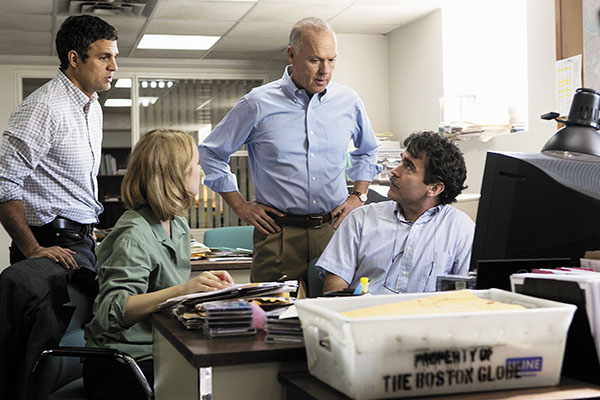 Image: Courtesy Sony Pictures
Spotlight is based on the reporting of child sex abuse involving priests in Boston


Q. What were your expectations when you started the investigation, and did the scale of what you found stagger you?
Our hope was that we could find evidence that the crimes of John Geoghan—the one priest we were asked to investigate—were facilitated and covered up by the Archdiocese. That we found to be true. We did not expect to find that this was such a wide scale and hidden problem; we were staggered when we discovered that perhaps 12 to 15 priests were involved. Then it became 70, and then 90 and when we ended, it had risen to almost 250 in Boston alone. That is beyond staggering. It is unthinkable. But it is true.

Q. Has the winding down of newspapers and the rise of the internet changed the nature of investigative journalism?
At almost all traditional news organisations—newspapers, magazines, television and radio—the internet has drained away a huge percentage of advertising revenue. As a result, the size of the newsroom staff has shrunk considerably. At the Globe, for instance, there were 550 employees in 2000. Today, there are about 315. At most news organisations—though not the Globe—investigative reporting has been cut back or eliminated because it is expensive to do and takes substantial resources. At the same time, however, the internet has led to the wide availability of information, and that makes reporting of any kind, including investigative reporting, more efficient.

Q. The movie paints you as the ‘player coach’ of the investigative team. What does that involve?
It means that I led the team, and was its editor, but that I was also a principal reporter, that I did as much reporting and writing as the three reporters who worked for me.

Q. The film celebrates newsrooms, newspapers and the power of good old-fashioned reporting. Do you mourn the loss of the print media?
It would be unseemly, of course, to mourn the loss before the demise. However, the business model is so unworkable and the revenue trend lines are so bad that I believe that in the not-too-distant future, newspapers will be forced to become all-digital.

Tweets by @forbes_india
India's Rs-251 smartphone: Is it a pipe dream or for real?
Anoushka Shankar: Hitting the right notes